Starbucks attempts to serve coffee and race dialogue: How should we race together? 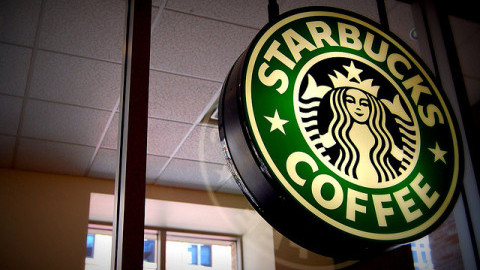 Faces of African American men and women killed due to police violence appear on t-shirts. Hoodies are worn to marches to protest discrimination. “Race together” is written on Starbucks cups. Buying into social justice convictions can seem meaningless if it only goes as far as buying a cup of coffee.

Starbucks received a lot of backlash recently about its new “Race Together” cup campaign that stopped on Sunday, March 22. According to the Associated Press, Starbucks CEO Howard Schultz said the phrase on the cups were just “catalysts” for a larger conversation. Employees had the option of writing “Race Together” on cups as a part of their diversity initiative.

The goals of the initiative include: putting more Starbucks cafés in communities of color, partnering with USA Today to produce special sections in the paper and holding open dialogues and forums. Baristas were also encouraged to engage with customers in discussions about race.

The campaign is over and we have heard little about what will come next. Starbucks made a half-baked attempt to start a conversation, but that doesn’t mean it can’t be impactful with a little help.

Olson said they were “leaning into the conversation hard” or trying to hold a difficult discussion with an audience that maybe just wants their morning macchiato. An article by the Associate Press quoted a woman named Musili, a 19-year-old, African American woman who found it inappropriate. “Most people come to Starbucks for coffee—race is an uncomfortable thing to bring up, especially in Starbucks,” she said.

Users on social media expressed more than frustration with their baristas’ efforts; they also questioned Starbucks’ motives. A blogger named Kimberly Foster said the popular coffee chain presented an “unserious solution,” in an article called, “No, Starbucks, I don’t want to #RaceTogether: I’m tired of talking.” In her opinion, Starbucks’ idea seemed noble but saying, “Hey, let’s talk about race,” while a customer orders a frappuccino doesn’t seem so serious.

How should Starbucks continue its diversity initiative?

Race is a hard and multilayered conversation. No one really anticipates being asked about race on a coffee run, but it is a start. No space should be off-limits to talk about race.

First, Starbucks needs to ensure baristas can hold meaningful conversation. “Readers Respond to Starbucks ‘Race Together’‘” addressed the same concern. The article quotes baristas like Lindsay, who said she initially felt excited about the campaign. “By the end of the video, I was filled with concern, the only concrete element of this plan is the writing of ‘Race Together’ on customers’ cups,” she said.

Let’s face it, Starbucks should ask for help. The company should invite organizations such as the New York Justice League to give seminars on mindfulness of identities (class, race, sexual orientation) that some of us don’t have to think about also known as privilege.  There is no “right” way to talk about race, but there is definitely a way to offend, devalue and dismiss layers of discussion.

We don’t need anymore misguided or unproductive conversations. Starbucks should bring something new to the conversation, and that can’t just be done over the cash register with a brief encounter.

Schultz said in a letter to shareholders on Starbucks’ website that the cups were just the beginning, but we haven’t seen a timeline of scheduled events or forums. After the deaths of unarmed black teenagers and an increase in the number of racial protests, we don’t need any more rhetoric. Starbucks should produce a calendar of events and discussions held at the café.  There should be a community outreach team that plans how each event will work and use social media to update customers on when and where the events are.

Starbucks’ actions also requires taking a stand. When we talk about race, we shouldn’t be talking just to insert our opinion. Starbucks can make the most of this diversity initiative by talking about issues we all face. For example, there should be a discussion on how to be an ally for people of color.

Maybe the chain of cafés has bitten off more than it can chew, but an effective dialogue about race should mobilize people to do something about an issue discussed over and over again.