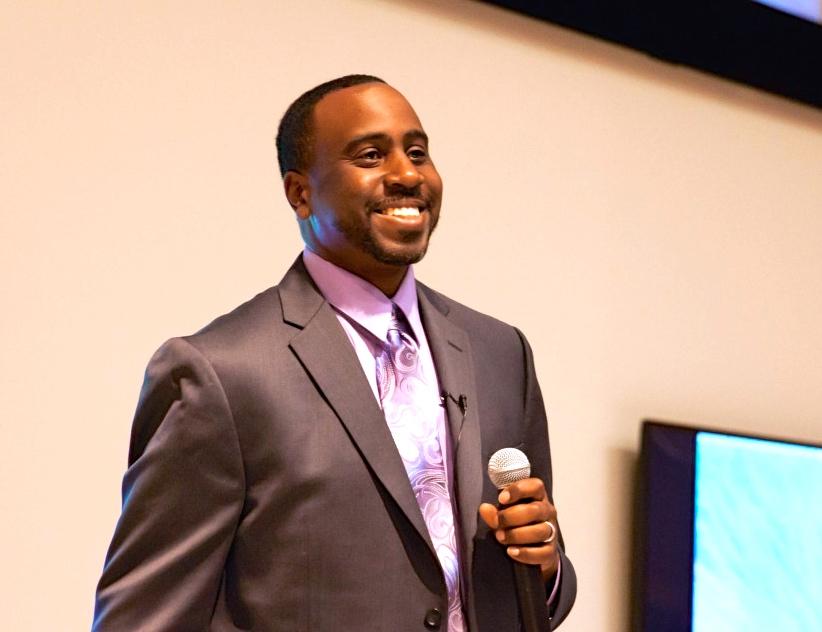 Dr. Chenjerai Kumanyika, professor of communications at Clemson University, visited the University of Massachusetts Amherst this past Wednesday to deliver his “All Voices Matter: Real Talk about Diversity in Public Radio” lecture. Kumanyika detailed the problems regarding social injustice in the media, paying special attention to the lack of diversity in radio.

The hip hop artist first noticed the “whiteness” of public radio last summer while attending the Transom Traveling Workshop in Catalina. There, he worked on his first public radio piece, something that he was very proud of. But there was just one problem: every time he read over the script, he was reciting the words in a voice that was not his own.

“The way I’m talking now,” he said, looking up at the crowd, “This is how I talk. I had never heard a podcast like that, so I started to alter my voice. It really started to bother me.”

Why doesn’t public radio have a diverse group of voices?

Kumanyika couldn’t wrap his head around it. He wrote his own manifesto for Transom.org, challenging the norm of public radio. Once it was published, BuzzFeed picked it up and the piece went viral.

“I saw my article trending on Twitter,” he said. “I kept refreshing it, thinking it was only in South Carolina. But, no. It was national.”

The reactions to Kumanyika’s work were not solely praise, however. After sharing his story with the audience, Kumanyika played a voicemail recording for the crowd. An outraged woman called Clemson administrators after seeing Kumanyika’s work and said that the professor was “ruining the university” while “setting students up for failure.”

“He made everything into a racial matter,” she said. “I’m sorry, but if you sound uneducated, then you should not be on the radio.”

This, Kumanyika explained, is the site of cultural struggle. For too long, society has ignored environmental problems and inequality among genders, races, and people with different sexual orientations.

“Whose voices need to be included if we’re serious about social justice? Where are these voices?” he asked, audience members snapping and cheering. “Social justice is relentless, I know y’all know that up here in Amherst. When are we finally done? We’ve addressed it, so when can we just sit back and watch “Game of Thrones?” We can’t. Now we have to think about voice!”

According to Kumanyika, some Clemson professors have been asked to take accent-reduction courses so that students can understand them more clearly.

“America has a dominant standard in the way it expects you to speak,” said Kumanyika. “But if you lose your accent, you lose your culture.” Similar to the dominant voices in public radio, he said, these people are supposed to sound “white.”

“People ask me, ‘What do you mean by white?’ I’m saying that none of those folks sound like me,” Kumanyika said. He waits to hear a different type of voice, like that of Marcellus Buckley.

Kumanyika and his wife met Buckley this past fall, when they traveled to Ferguson, Missouri — the setting for much chaos after a white police officer killed a black man, Michael Brown. Buckley recited spoken-word poetry to counteract the violence in his hometown. Kumanyika shared Buckley’s poem, “The People vs. The Police,” with the UMass audience. The students and faculty members sat quietly, listening to Buckley’s voice echo throughout the auditorium. Through his words, the young man provided a view of Ferguson much different than the violent, over-run streets that the media portrayed.

For Kumanyika, putting pressure on these dominant standards in America is a way to start change.

“The story of radio voice is not the story of dominant voice ruling everything,” he said. “There has to be multiple stories told.”

Kumanyika ended his lecture by reminding the audience that these problems aren’t just in public media but are happening everywhere.

“To the journalists out there,” said Kumanyika, “You play a really valuable role in clarifying what standards mean in this new media. We have to produce media, we have to clarify standards, and I want to see what you do.”