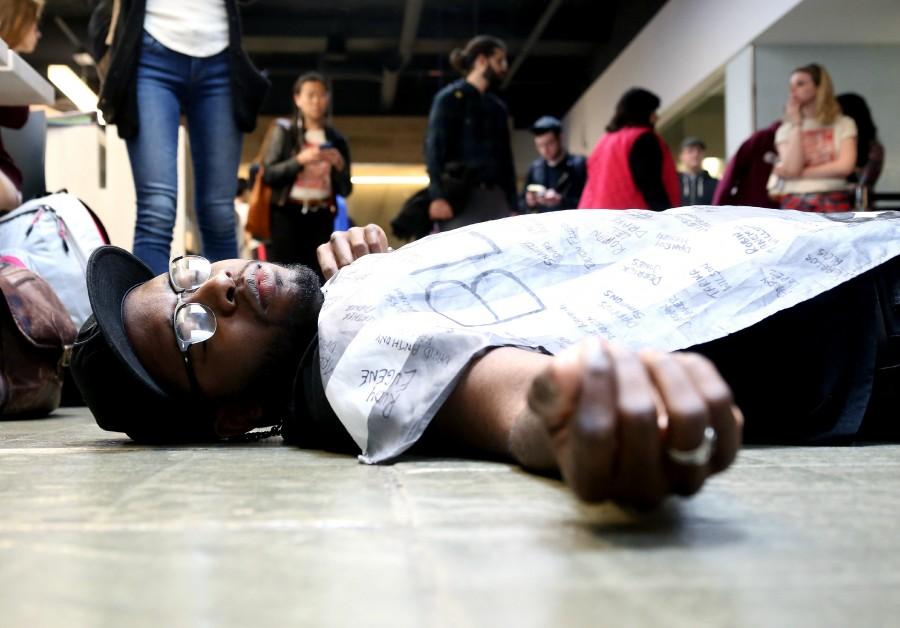 The University of Massachusetts Amherst’s Black Student Union (BSU) helped organize a lie-in, also known as a die-in, yesterday afternoon in the Blue Wall Cafe. The group of black students started in the Student Union and marched its way through the Campus Center, a member leading the group in a chant with a megaphone.

Maija Hall, a psychology major and recently elected co-President of BSU for the upcoming school year, said the protest was spread by word of mouth. No posts were made about it on their Facebook and Twitter pages.

When the group arrived at the Blue Wall, the members laid down on the floor to  protest racial oppression. Afterwards, they got up and danced, shouting, “Turn up, don’t turn down, we do this for Mike Brown.”