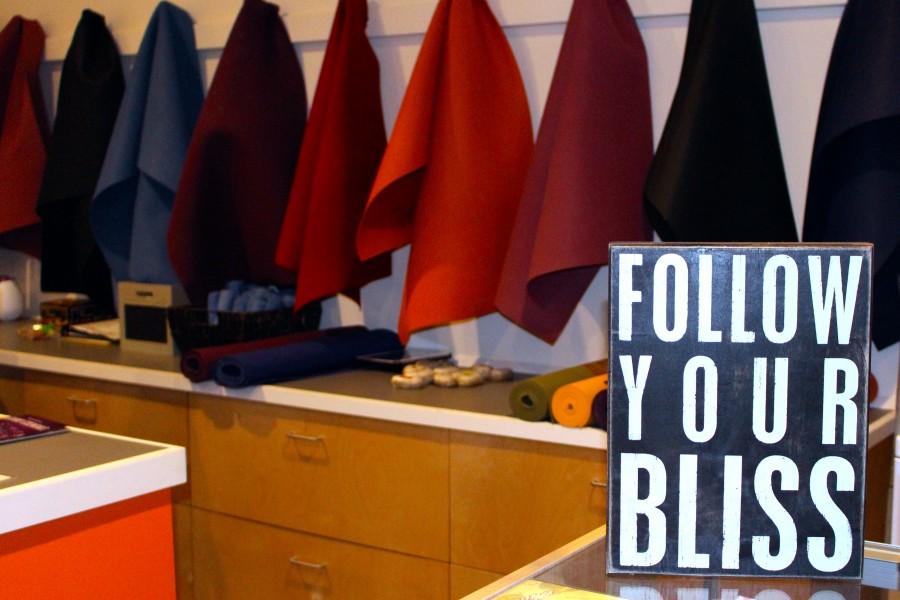 It’s that time of year again. The snow is gone and on quads from Southwest to Northeast, frisbees whish into KanJam cans. Summer is so close you can taste it, but the most difficult weeks of the semester still lie ahead. Here are five ways to keep calm and study on. 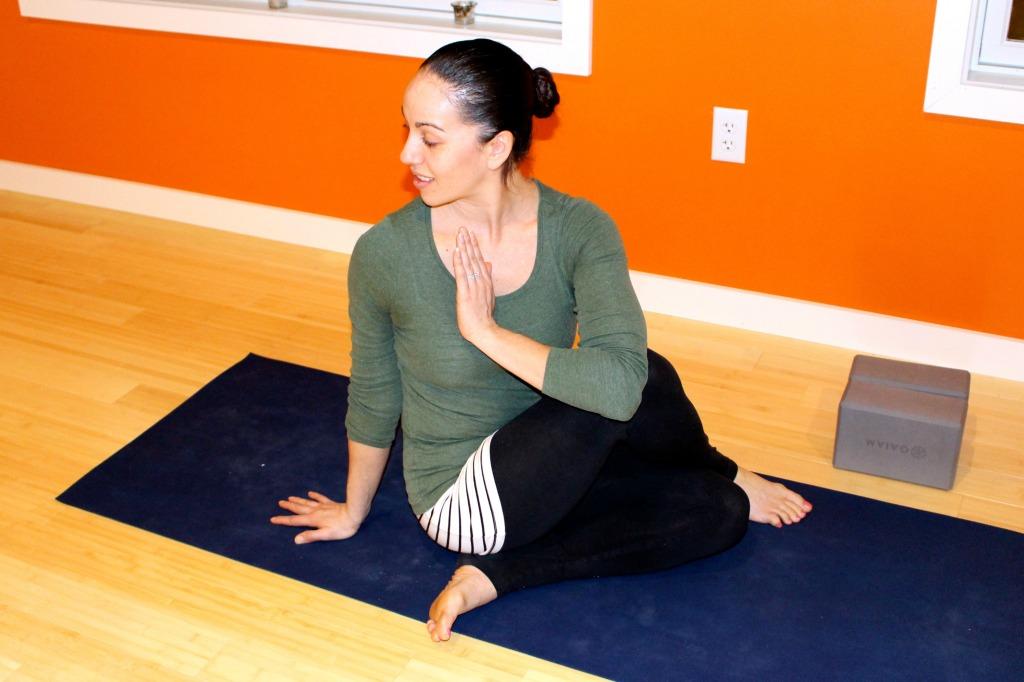 Whatever you call its many shapes, yoga has one goal: to unite the body and mind. Instructor Kristin Caforio Marengo of Worcester says this meditation through movement relies on students to zone out on their mats, cleansing both body and mind with concentrated breath and repeated movement.

“[After a class], you leave the mat feeling like you’re totally one [with body and mind],” Marengo said.

Set your mind to it

You’re picturing a cross-legged silhouette: outstretched arms on bent knees; index fingers and thumbs touching; straight back; eyes closed. In a world humming with the constant ding of email and text message notifications, this zen seems all the more unattainable. Add this week’s term paper and next week’s final exam and it’s easy to feel overwhelmed.

Marengo sees many of her students struggle through savasana, or “corpse pose” meditation. It’s difficult to tune out daily tasks and frustrations and, to students’ dismay, those stresses take over.

“A lot of people with Type A personalities are in yoga class and I see them fidget,” she says. “I see them not really present. And that’s because they’re just ready for the next thing.”

They don’t realize the value of a break, however short, from their ever-growing to-do lists.

“Even when you’re the most overwhelmed, quiet everything down and things get done. When you let [stress] take over,” Marengo says, “you’re never going to get anything done.”

Marengo says meditation can be as simple as five minutes of quiet time or a short walk to clear the mind. She recommends meditation with intention, a positive thought or something for which you’re thankful.

Think positive. This is the grown-up relative of an elementary school rhyme we’ve all heard and, no doubt, used: “I’m rubber, you’re glue. Whatever you say bounces off me and sticks to you!” This time around, we’re our own worst enemies. We’re both the rubber and the glue, attracting whatever energy we project.

“Your energy is everything,” Marengo says with enthusiasm. “Repeat to yourself, ‘I will get this done,’ and it will get done.”

Marengo says the elimination of stress is like paying off debts. First, make a list of the assignments, or “debts,” on your plate for the day. Try doing easier assignments first and cross items off your list as you go. Even if the one thing you have left to do is the most difficult, Marengo says, prioritizing makes things more manageable. 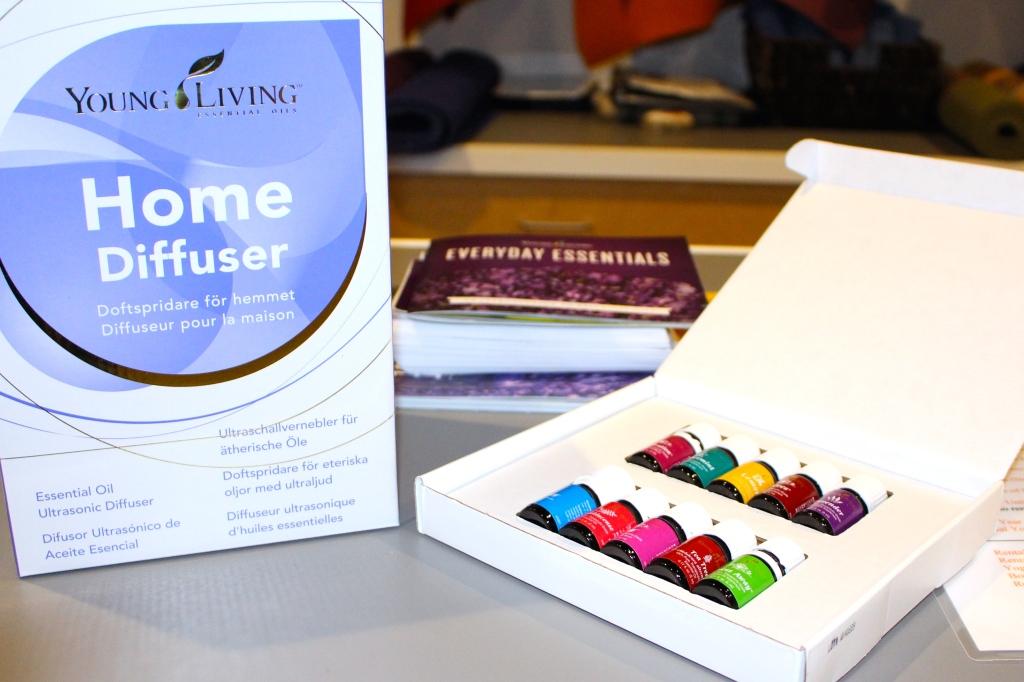 If you’ve been to a spa, you know the smell: a soothing blend of lavender and vanilla that almost immediately relieves tense shoulders and a stiff jaw. By the time you reach the padded massage bench, you’ve forgotten why you scheduled the neck kneading in the first place. What’s the cause for this dramatic transformation? Aromatic molecules from calming oils that, when inhaled, stimulate the limbic system, the parts of the brain that control emotions.

“A scent can really change you and change your mind,” Marengo says. She remembers her delight at the smell of apple pie. “It brings a smile to your face.”

When your to-do list is long and patience is short, you can transform a dark, cinderblock dorm room with diffused oils. Marengo recommends the Young Living Essential Oils premium starter kit, complete with oil diffuser and 11 vials of mood-enhancing, stress-reducing oils.

Peppermint is a pain-relieving agent that relieves headaches and helps focus attention. For a late-afternoon energy boost and an extra hint of flavor, add peppermint oil to your favorite coffee order. Or, if you need to catch up on lost sleep, combine lavender oil and water in a spray bottle and apply generously to bed linens.

It’s the subconscious rhythm you rarely notice, a natural instinct, and a direct reflection of how you’re feeling. It’s also the most simple, seemingly obvious, stress reliever out there.

“[Breathing is] the most simple thing,” Marengo says, “But it’s the one thing that people forget to do.”

Imagine your busiest day ever: you’ve handed in your evening exam, scarfed down some less than satisfactory takeout, and now sit sipping your third cup of coffee, on the brink of a breakdown. For what feels like the hundredth time that day, you scan your to-do list.

“Whenever we get overwhelmed, we’re breathing only in the chest. We’re hyperventilating. We’re getting stressed,” Marengo says.

Instead of letting finals week get the best of you, do what your parents always tell you: take a breath. After just three Ujjayi breaths, deep inhales and exhales Marengo’s son calls “yoga breaths,” serotonin is released in the brain. The chemical acts as a neurotransmitter,fighting anxiety and maintaining a balanced mood.

Brilee Weaver can be reached at [email protected] or on Twitter @bpweaver16.