A Senior Farewell: Lessons I learned as a woman of color at UMass 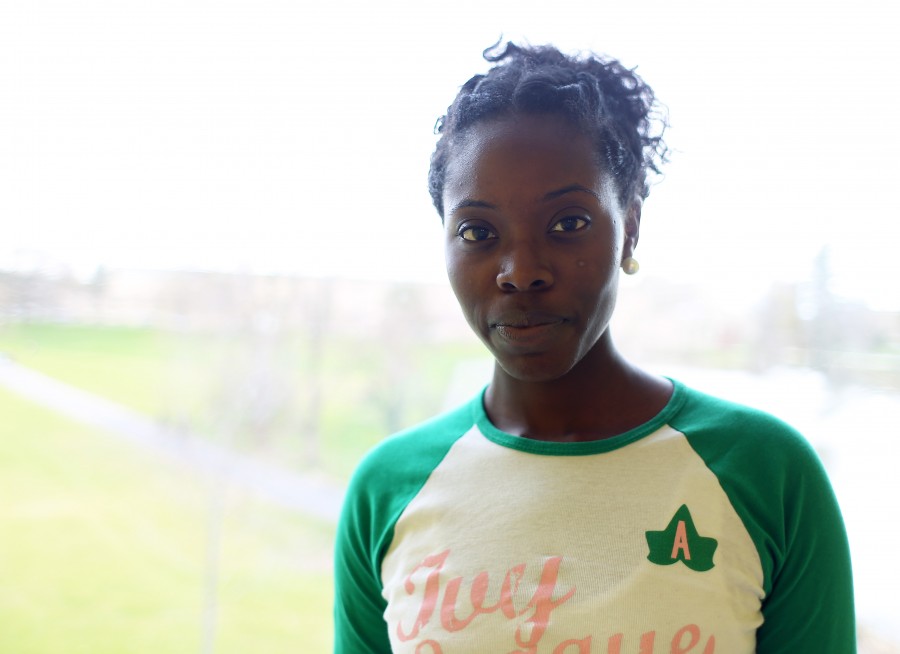 Like any incoming first-year, I was eager. I wanted to escape the throes of high school and start over somewhere that wasn’t Fayetteville, GA. I planned to attend a Historically Black College/University (HBCU), like my sister and my mother, but things didn’t go according to plan. The University of Massachusetts Amherst wasn’t my first choice, but I thought, “I could make it here,” staring up at an overwhelmingly tall library that overlooked a pond that wasn’t quite so pretty. UMass resembled a large organ where everything about the campus felt like the life’s blood of Amherst was right here at your finger tips. The large campus seemed like an adventure with too many opportunities to pass up for someone who went to school in a small town.

When I arrived at UMass, the excitement that mounted during the summer had worn out. I had this idea of what a diverse campus looked like and found myself in cultural shock. I realized how different my experience would be as a person of color and that this would be the first time some students had to live in a community with people who weren’t white. I contemplated transferring and maybe changing my major, thank god I didn’t, but I decided that I would stand my ground and try to change a community I wanted to be part of. Here are some things I’ve learned along the way as a woman of color, who is ready to head into the world to face similar challenges with optimism.

You aren’t invisible, you matter.

For a while, I thought I was invisible. I sat in classrooms where my lived experiences with discrimination were dismissed for playing the race card. One of my first experiences with journalism was pitching a story about diversity and hearing the room go silent and ignore the conversation I wanted to have. It wasn’t the “Stand Against Racism” campaign or the “U-matter at UMass” posters that changed things for me. I learned that I had to dig deep within myself for the confidence to pursue my passions and maybe, make people uncomfortable. It isn’t easy and yes, it is tiring, but it is rewarding.

So, take a deep breath and tell yourself, “I matter, my passions matter and my education matters” because it’s true. Lupita N’yongo was right when she said our dreams are valid at the 2014 Oscars. Surround yourself with people who will support you; I was grateful to have found that at UMass.

Here are two resources on campus that can help you along the way: Women of Color Leadership Network and Center for Multicultural Advancement and Student Success (CMASS).

You don’t have to fight every battle

Addressing every ignorant comment and every question can be tiring. I’ve had my fair share of duking it out intellectual-style to address statements that perpetuate stereotypes and ignorance on issues such as race. Remember, it isn’t your job to reeducate or change anyone’s mind. Anything you do to address ignorance is a courtesy and isn’t your responsibility.

Get involved, you won’t regret it.

Some of the most meaningful experiences I’ve had during my undergraduate career was outside the classroom. I owe the Amherst Wire for giving me a space to write about the diversity beat, build relationships and most importantly, publish talented students. I was fortunate to work with brave editors who thought no topic was off limits and our honesty could add something new to campus.

Whether you decide to go Greek, join one of the hundreds of clubs, get an on-campus job or just going to the gym, do something that moves you. Do something that will relieve stress or give you a community that will support you.

I found sisterhood, genuine friendship and made fond memories with people I consider family. I realized I wasn’t alone.

Get angry and get organized.

As a student of color, I read about and reported on diversity at UMass Amherst. I knew the frustration felt throughout campus because I felt it too. I commend the students who were brave enough to stand up to the administration and their peers. I was angry, but I also knew students had power. The town hall meetings and emergency meeting on diversity last semester  showed what student voices could do. I worked over the course of four years to understand the problem and offer solutions. A part of that solution was that students of color needed the chance to be heard and as a student journalist, I tried to cover all of the issues.

The work isn’t yet done and it seems daunting at times, but we can do it. Students can help build a better and more inclusive UMass.

Don’t give up, keep going.

No one likes hearing that she has to keep going after she feels knocked down. I didn’t think I was a valued part of the UMass community and between classes and trying to make friends, I was exhausted. I was there once, but I had to be my biggest cheerleader.

For example, I applied to become an assistant Arts and Lifestyle editor at the Daily Collegian enough times to embarrass the biggest ego. I wanted to be an editor, but I doubted myself. Just like attending UMass, my ambition to become an editor didn’t go according to plan and I’m glad it didn’t.

Rejection isn’t fun, but I grew a different kind of determination. I learned that doors will close, maybe even in my face, but if I jiggled the handle or looked for an open window, I could find a way.

While this isn’t a traditional farewell letter with memories about late nights at Antonio’s Pizza or the sad revelation that I’ve never been to a UMass Hockey game, I wanted to thank the University of Massachusetts Amherst for preparing me stand up in an imperfect world. As a graduating senior, I have hope for the UMass community and mankind, and hope that I’ll have something significant to add.