A first impression of “What a Time to be Alive” 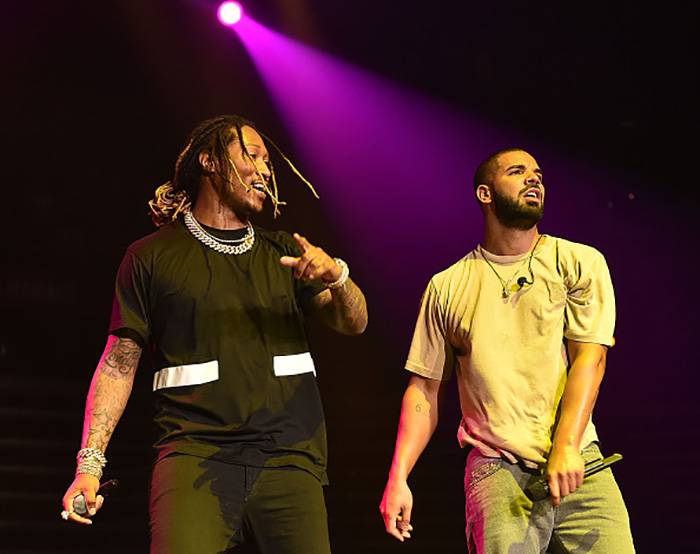 When it comes to success and mass appeal, no artist in the past five years has done a better job than Jimmy from “Degrassi,” aka Drizzy Drake. Coming off the success of his early-2015 project, “If You’re Reading This, It’s Too Late,” the Toronto-born emcee seemed to be on top of his game, unable to be touched or knocked down by the ever-changing music business.

The Atlanta-born Future, on the other hand, speaks to a different demographic. While Drake touches on the emotions of love, heartbreak and braggadocio, Future’s game plan is much simpler; he speaks to the young adults in the club looking to live the shallow lifestyle of misogyny, fast money and drugs. Coming off the commercial success of his most recent project, “Dirty Sprite 2,” Future seems to be filling a niche in the hip-hop world that previously featured the likes of Travi$ Scott and Young Thug.

Rewind a few weeks and pretend it’s the end of August. As the hip-hop community patiently waits for Drake’s new album, “Views From The 6,” he and Future have both made references to an alleged collaboration album. But in today’s day and age, hip-hop fans know to take what artists say with caution (I’m looking at you Frank Ocean).

For some, a Drake and Future collaboration is one of the most anticipated projects of the year. For others, the two have long overstayed their welcome.

After confirmation of the project in numerous memes posted on Drake’s Instagram account, the anticipation and hype have built to an all-time high. Drake and Future, two of the hottest names in hip hop are dropping an album very, very soon… what a time to be alive.

Come back to present day.

The project, titled “What A Time To Be Alive,” was released on Sept. 20 and features an 11-track album with each artist on a solo track. While the collaboration is short enough to keep your attention, a lot of the content feels tedious, boring, and lacks the fire an avid fan would expect from these two artists.

It is heavily influenced by the trap-rap flavor that has been circulating since late-2011 with the release of Waka Flocka Flame’s, “Flockaveli.” The production definitely has a unique flavor; producer Metro Boomin adds the heavy bass and dark atmospheric instrumentals he’s often associated with. The hazy, atmospheric feel reveals itself in all of the tracks, definitely influenced by the drug and rap themes Future capitalizes on. While the album is everything but natural, the beats tend to be overly simplistic, consisting of the same progression formula in each song. Sometimes it’s hard to differentiate between two tracks because they sound so similar.

The album starts off strong with the uplifting, heavy bass track “Digital Dash.” Typical braggadocio rhyme schemes are used by both rappers, but the smooth transition from Future to Drake really showcases the chemistry between the two.

Following “Digital Dash” is “Big Rings,” the project’s first banger. Hard-hitting bass and complementary electronic sounds fuel the aggressive sound that Drake and Future rap about. Yet the lyrics are almost insultingly simple, and the beat is nothing you haven’t heard before. It sounds like a rejected cut from “Dirty Sprite 2.”

The lyrics go from simple to downright laughable at times. The overly simplistic lyrics leave a sour taste in your mouth, tempting you with something seemingly substantial, but ultimately falling short.

The album continues in a downward spiral from here on, especially in the latter half.

The album’s hype had me believing that Drake and Future were going to give us a hard-hitting, banger-for-banger album. As the project progresses, that anticipation subdues. As one dives deeper into the depths of the album, it becomes all too apparent that the waters are a little too shallow.

As the production and heavy bass rattle the ears of young listeners, Drake and Future choose to only capitalize on the immaturity of young adults. The song on the album with any promise of substance is “30 for 30,” which is a Drake-only track. However, the track, which seems like a knock-off from “Nothing Was The Same,” tells a story that has been told multiple times before: a heartbroken Drake talks about women and updates listeners on his life.

While the one-dimensionalism of the album is nothing surprising, it really is sad. This album had the potential to give both Drake and Future fans something great. Instead, the album falls short of all expectations and will likely wither away in the shadows of the two artists’ former projects.

I’m left with one question: When will we hear “Views From The 6”?

Andrew Kratochwil can be reached at [email protected] or on Twitter @AMKratochwil.