Getting through the friend ‘breakup’ 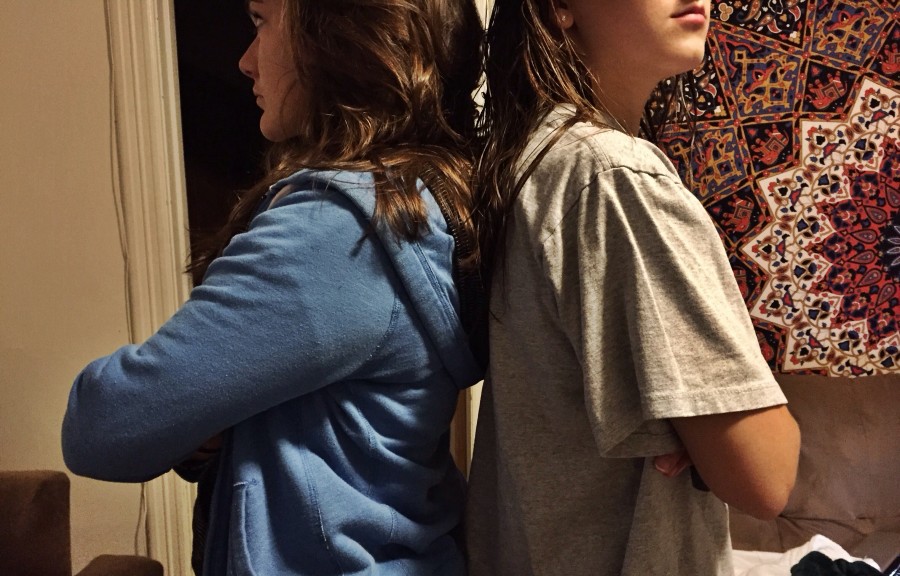 You were there with ice cream and tissues when she suffered through her first broken heart. You held her hair back at 3 a.m. when she’d had a little too much fun. You chose her as your first passenger when you finally got your license. She’s your best friend — always has been, always will be.

Or so you thought.

Breakups suck. But a breakup with your best friend? That might just be the worst of all.

First, there’s the gradual breakup. The two of you used to be super close, but over time you’ve drifted apart to the point where you’re unsure if you’d even still call her a friend. You never text, you haven’t hung out in forever, you have no idea what’s going on in her life, and seeing her around consists of nothing more than a “hey” and a polite, but awkward, smile. You’ve both just grown into different people and you’re totally fine on your own, but a part of you still misses the relationship you had.

Then, there’s the catastrophic, knock-down-drag-out fight that ends everything quite abruptly. There’s simply no coming back from this, and you both know it. Maybe you said something that can never be forgiven, or she did something that reveals a character flaw you just can’t accept. Maybe you hate her now and you’re thinking, “Good riddance.” But no matter what your brain tells you, a little piece of your heart will always wish things never changed.

How to deal with it

For the gradual breakup:

In this situation, you’ve got it relatively easy. There’s only a few straightforward options to choose from. You can either try to mend things or you can continue on civil, but with separate lives.

If you want to explore the possibility of becoming friends again, put yourself out there a bit. When you see her in public, strike up a conversation. If you have mutual friends, arrange opportunities to hang out in group settings so you can see if you still enjoy her company, without the pressure of one-on-one. Or, reach out to her on social media (we all do it) by telling her she looks pretty in her Instagram picture. Respond to her tweet when she says she wants to get Panera with someone. The worst that can happen is she dismisses the attempt. At least then you know for sure she’s not worth your time.

If you’re someone who blames your ex-friend for the drifting, either talk to them about it or let the feelings go. Hearing each other’s perspectives could clear the air, and maybe even rekindle the friendship. If you don’t want to address the issue, then you can’t let it affect you. Don’t let yourself hate her because in the end, that only hurts you.

For the completely unrepairable friend breakup:

This ex-friend was a part of almost every aspect of your life. Unfortunately, that means you’re going to have to deal with a whole lot of discomfort.

If you live in the same area, it’s a guarantee that you’ll see each other out in public at some point and you need a game plan. If it’s a grocery store or the mall where there’s plenty of isles and shelves, it’s totally acceptable to hide and avoid interaction at all costs. If you make eye contact or bump into each other, just remember: It’s better to be the one who smiled than the one who didn’t smile back.

If the effects of the breakup go beyond the two friends — like mutual friends choosing sides and friend groups dismantling — do your best to minimize collateral damage. Be considerate to those involved and acknowledge they’ve been put in a tight spot. You may be left out of things to avoid awkwardness, and you should accept that rather than lash out. Stay close to the people who stick by your side and support you through the breakup.

When it comes to social media, keep in mind that it can be more powerful to say nothing at all. Some ex-friends will document their every thought and feeling about your breakup or even trash you online. Don’t give in to this behavior! While the best course of action is to just ignore any negative posts, blocking them may become necessary.

Alex Pigeon can be reached at [email protected] or on Twitter @pigeon_alex.