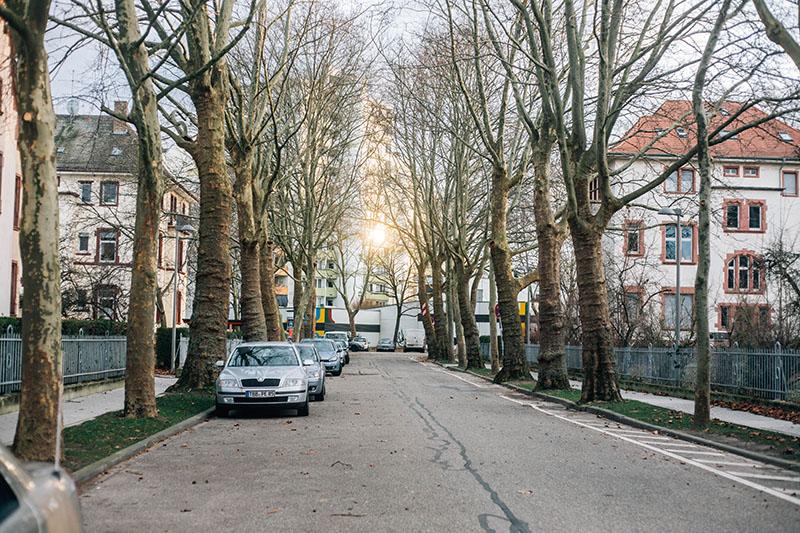 My first glimpses of Mannheim were not promising.

When I signed up to study abroad in Germany, I pictured a city landscape of courtyards and cobblestones, half-timbered houses and dignified statues. Even when people warned me that Mannheim was not the most picturesque of places, I remained stubbornly hopeful. After all, I thought, how ugly could a European city actually be?

As it turns out, Mannheim is reputed to be the second ugliest city in Germany. There are no ornate facades or winding little alleys here; instead, dismal apartment blocks and burned-out train cars are commonplace. Cranes soar high into the air, and chemical factories clamor for space on the banks of the Rhine River.

The city center, which had to be almost completely rebuilt after World War II, is a hodgepodge of stucco buildings mainly built in the post-modern style; plain facades, big square windows, and dull colors rule. Even TripAdvisor, which often has hundreds or thousands of recommendations for just one city, seems at a loss for words when it comes to Mannheim; there are only five attractions it deems worthy of visiting.

Yet, despite its lack of charm, the ‘ugly duckling’ of southern Germany was the best place I could have chosen to spend five months of my life. After all, Mannheim is home to Europe’s second largest Baroque Palace, which now hosts the university. It was the birthplace of both the bicycle and the motorcar; it’s a member of the UNESCO Creative Cities Network. Beneath its homely exterior lies a rich history full of musicians, German royalty and great inventions.

Overshadowed by the ruined castle of Heidelberg, the skyline of Frankfurt, and the grand cathedral of Speyer, Mannheim is virtually tourist-free. The city holds no gimmicks; no souvenir shops hawking calendars or engraved spoons, or waiters in lederhosen calling out to you to step into their “Authentic Bavarian Restaurant.” Instead, my friends and I shopped in discount stores with garish signs on gritty streets. We ordered doner kebab in tiny Turkish restaurants and ate cheap currywurst in the punkish-but-packed Café Vienna. We wrangled with German bureaucracy by making appointments to make appointments, bemoaning the lack of English spoken in banks, government buildings and the train station. And we rode the trams and the buses everywhere, crisscrossing city blocks as we commuted to class.

At the risk of sounding utterly cliché, I felt like Mannheim allowed me to experience the “true” German lifestyle. Without hordes of snap-happy visitors crowding the main streets, the tiny beautiful moments of daily life stood out, things I remember, even months later.

When I think of Mannheim, I think of a dark street illuminated only by a single window, inside of which a couple waltz slowly around their living room; of a defeated woman dressed in a maid’s outfit, leaning against a mop and taking heavy drags from a cigarette. Old men would sing off-key in Turkish in neighborhood doner kabob houses late at night; school kids giggled in German on the trams coming home from school. During the warmer months, the local waterpark looked like a Seurat painting, with families lounging on the green lawn, their brightly-colored umbrellas swaying slightly in the wind. And in the evenings, animated drivers in rumpled shirts chatted outside their taxis under the soft glow of streetlights.

When you live somewhere that can be best described as homely, you have to train your eyes to see a little differently. You look, farther and deeper, for beauty — and it can be found, in the oddest of places. As the semester went on, this became more and more apparent. My student housing was surrounded by construction and breath-taking sunsets that I never became desensitized to. Tucked behind large apartment blocks were community gardens, winding paths with little plots that had tumble-down shacks and dense ivy. And Jungbusch, a local neighborhood, was one of those slightly dilapidated, slightly dangerous sort of places that was inching towards gentrification, thanks to some sweet street art and hipster-y bars.

Every time I went away, I found myself sighing in relief when my bus pulled into the station again, so happy to see those very same dismal apartment blocks and burned out train cars that had me initially panicking and second-guessing my study abroad choice. Prague, Berlin, Madrid … they’ve got nothing on Mannheim.