Why social media is ruining dating 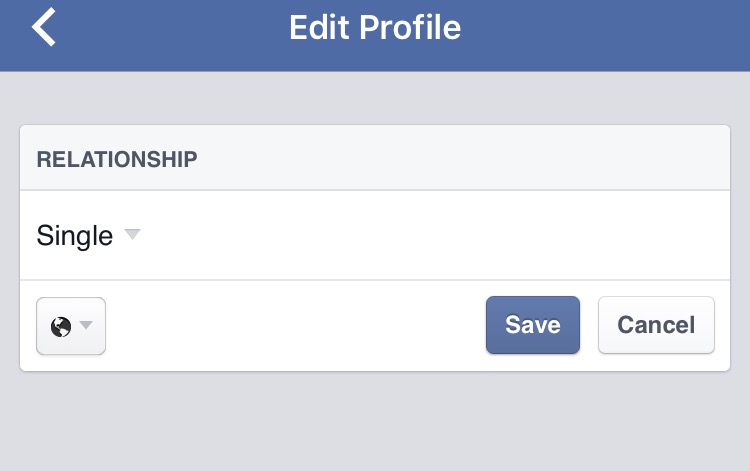 What kills the happy, carefree vibe of a single girl more than a Facebook timeline chock-full of sappy couples’ posts about their love for each other?

Sure, seeing their adorably corny posts can make us feel like we’re totally missing out (or like we’re going to die alone), but it’s likely their relationship isn’t as perfect as it seems. And our obsession with social media probably has a lot to do with it.

“If you’re not proclaiming your love for your significant other on social media, you must not actually love them.”

When your significant other surprises you with a dozen roses, your first thought is probably about the picture you’re going to tweet to prove how thoughtful they are, rather than simply appreciating the gesture for what it’s worth. If you’re going to their sports game, you’ll not only watch them play but also brag later about being the “best partner ever.” Even if your significant other showers you with affection and treats you to random acts of kindness, it’s as if it all means nothing if people don’t know about it.

At the end of the day, the only approval a relationship needs is from the two people in it. Refrain from attention-seeking posts; the strongest couples are often the ones that keep their business to themselves.

Lessens your independence (and your fun)

“Who were you with Friday night?”

Social media has made it nearly impossible for us to do much of anything without others knowing. Many people in relationships are hindered by a fear of what their boyfriend or girlfriend will think of their drunk tweet, Snapchat story or Instagram post. In simpler days, people focused more on enjoying themselves with friends than on what their significant other was doing every minute of every day. Social media has made it much easier to be controlling, and to be controlled, in a relationship.

Cause for unnecessary worry

“Let me see your phone.”

It’s a common phrase, uttered by many jealous girlfriends and over-protective boyfriends. Handing over your phone makes you vulnerable, and refusing suggests that you have something to hide (even if you don’t).

It seems we have no right to privacy anymore, especially from the ones that “trust” us. Snooping gives us access to all the information we could ever want: who they’re texting, snapchatting, DM’ing, tweeting, etc. but we’d probably be much better off without knowing. Chances are their online interactions are harmless and mean nothing. But, with this information at our fingertips, we have to weigh our options. If you don’t look, you risk being the oblivious boyfriend or girlfriend who doesn’t realize how badly they’re being mistreated; if you look, you subject yourself to the burden of useless stress.

While the urge is incredibly difficult to resist, you’ll often avoid pointless fighting if you’re hands-off.

Actual cause for worry

“Come on, the messages mean nothing.”

While snooping has become normal in relationships, so has infidelity. And a large part of the blame should be on social media. Before all this online connection, a person would have to go out into the real world and put the moves on someone — maybe a neighbor, boss, or someone they met at a bar — with the intent of cheating on their significant other.

That’s bold. It takes a lot of nerve.

These days, what can start as a friendly snapchat, DM, or Facebook message can lead to flirting, “sexting,” or a whole online affair. It seems so much more harmless, like a whole other virtual universe that doesn’t exist in reality. But it’s betrayal just the same.

It’s impossible to move on

Getting over a relationship is hopeless, thanks to social media. How can you forget your ex when you’re constantly scrolling through their latest statuses or photos?

What they’re thinking, what they’re doing, who they’re doing it with — it’s all at your fingertips and is enough to drive anyone insane. Engaging in regrettable behavior becomes much more tempting, because sending out a nasty subtweet or an “I miss you” message is just too easy. That either adds gasoline to the fire of hate or leads you down a path to the past that is better left untraveled. The best way to handle breakups is usually to block your ex in every way possible: social media, cell phone number, LinkedIn, even?

In a world so cluttered and driven by social media, do yourself a favor (in a relationship or not) and focus on the real you, not the Instagram-filtered you.

Alex Pigeon can be reached at [email protected] or on Twitter @pigeon_alex.