Disney: No life in live-action 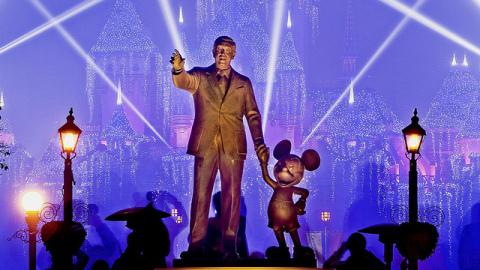 I hate to say it, but it looks like Disney is finally running out of ideas.

The film conglomerate recently announced its next 20 films to be released over the next two years, and 13 are either remakes or sequels.

When will the film industry learn that you just can’t beat the originals?

When it comes to animation, Disney dominates with well-known classics. Not only are the films award-winning, but also a major part of many of our childhoods; our grandparents grew up with “Snow White” and “Bambi,” and anyone born in the 1990’s can likely recite lyrics from “The Little Mermaid” or “The Lion King.”

Unfortunately, the long-lasting, generational success of Disney’s Animation Studios has struggled to translate into its live-action remakes, which are remarkably sub-par. With more on the way, we can’t help but wonder what’s gone wrong.

Marvel Studios shares a similar habit of releasing unoriginal stories based on comic books and featuring several reboots. Yet, unlike Disney’s blunders, Marvel’s films have found financial and critical success. “The Avengers,” which grossed over $1.5 billion worldwide, is the fourth highest-grossing movie of all time. Its sequel, “The Avengers: Age of Ultron,” fared just as well. Even when Marvel moved out of its comfort zone to release “Guardians of the Galaxy,” a film that didn’t feature any of the Avengers, it killed at the box office.

If Disney has been so successful with its handling of Marvel films, why aren’t the remakes of their once-successful animated features catching fire as well?

Some films are just better animated.

Animation is part of the magic of a story, especially when it comes to a children’s story with a fun and simple plot. Animation, an artistic necessity rather than a choice, helps break down the real world so a child can understand it.

Take it from Roger Ebert’s criticism of the “101 Dalmatians” remake in 1996: “The thing about animation is that it gives equal time to kids and animals,” said the critic. “They get to be important, too — the simplified world of cartoons cuts the adult world down to size.”

While the animated “101 Dalmatians” is considered one of Disney’s classics, the live-action remake received a lackluster response. Stripped of the animation, it was no longer an exciting adventure of two dogs rescuing their puppies, but a darker story of a woman kidnapping dogs from their owners. Children couldn’t relate to the adult pet-owners or the real-life dogs in the same way they related to an animated puppy with the personality of a human child.

Many animated films, like “101 Dalmatians,” feature adult characters and even adult themes. Yet they work, because animation presents these themes in simpler, more visually-appealing ways.

Not only is the Disney franchise geared primarily toward children, but many of their classics feature magic and talking animals as main characters. While this works wonders for animation, it’s not something that looks natural in live-action.

Though visual effects in the live-action “Alice in Wonderland” seemed to work, the film received mediocre reviews. According to the critics’ consensus on Rotten Tomatoes, “Tim Burton’s ‘Alice’ sacrifices the book’s minimal narrative coherence — and much of its heart — but it’s an undeniable visual treat.” There is no doubt that Burton’s work is visually striking, but there seems to be too much focus on that and not enough on storytelling, making the film a confusing bore.

Visuals can only take a film so far.

How can you sit through a two hour-long movie if you have no idea what’s happening? Special effects and CGI can certainly enhance a film, but too much emphasis on these effects is more likely to distract from the storyline. And if the storyline fails, the film can never be a masterpiece.

The plots of most superhero movies are simple and universal — they center around action, something that anyone can understand. The film could be in a foreign language and still be a hit with the audience, as long as its action sequences look cool. They are that straight-forward.

With this genre, action takes precedent over storyline. It keeps us entertained and advances in special effects have only made the action more immersive. When you mix that with a compelling storyline and snappy one-liners, Marvel films are a guaranteed success.

Disney will release its live-action remake of the Jungle Book next April. We’ll have to see how it measures up to the original.