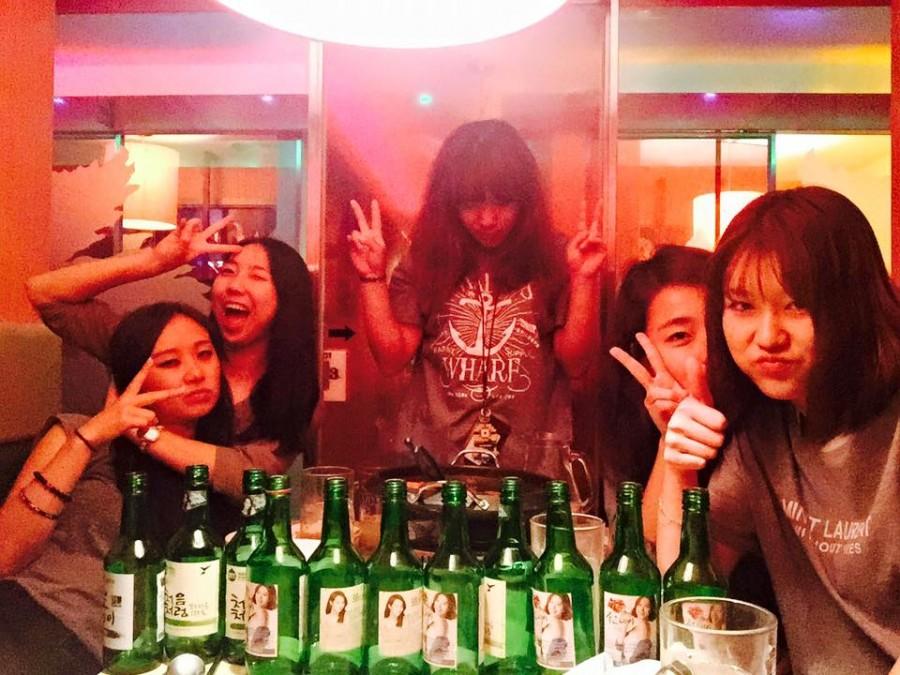 Use both hands when accepting and pouring a glass.
The elder will pour you a glass; and when they do, you must hold your glass with both hands — your left on the bottom and your right on the side.
In turn, you hold the bottle with your hand covering the bottle label and pour your elder a shot with both hands.
Drink the shot with your head turned to the side to avoid eye contact, cover your mouth and the glass, and then drink.
For the first shot, you’re expected to swig down the whole glass, as everyone else at the table will do. For subsequent shots, you can sip.
Every time you see an empty glass, offer to fill it.
Keep pace with your elder, so they aren’t waiting for you to finish your glass.
Again, always use both hands.

We munched on snacks between a few more shots, and were delighted by the arrival of our entree. Our waiter had returned with a saucer of diced radishes, onions, potatoes, garlic, scallions, kimchi, beef and enokitake mushrooms in a boiling anchovy broth with spicy red pepper paste. And a dish of jokbal- braised pig’s trotters marinated in ginger, garlic, scallions, rice wine and soy sauce.