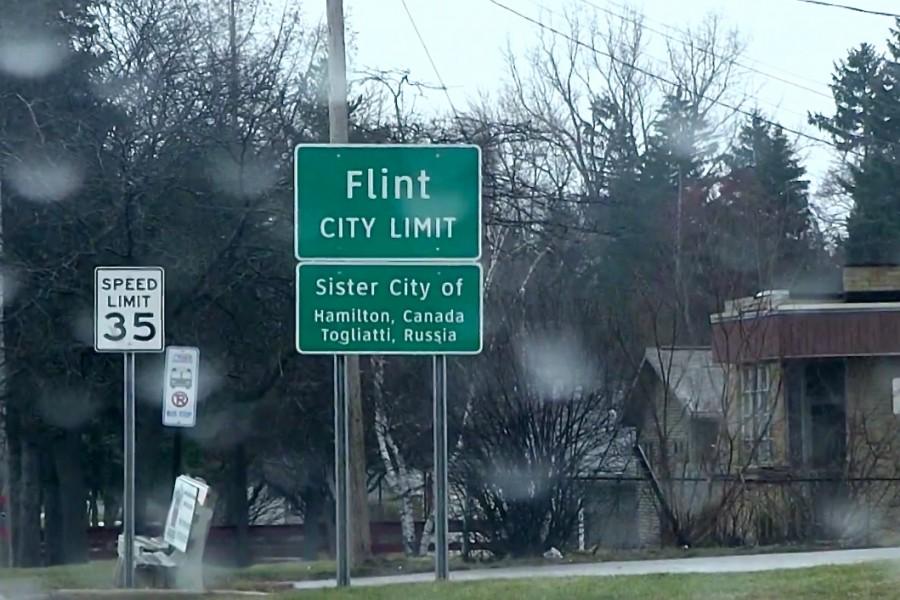 It’s still not safe to drink the water in Flint, Mich., and if you’re just catching up with this story, read about it here.

In response to the contaminated water, church communities and individuals all over the country have been sending bottled water to the old industrial city. The National Guard and local churches have been delivering to beleaguered residents, who are dealing with lead poisoning and skin irritation. Concerns about increased lead levels in children make this an important story to follow.

More water donations are on the way. Stay tuned for a follow-up report on Springfield resident Crystal Copeland.

Born and raised in Flint, Mich., Terraca Rogers said the city was a boring place to grow up, with rising crime and not a lot to offer. Now, as a single parent to three kids, Rogers wants to do everything she can to protect them — rather, she needs to protect them — from the effects of the disastrous, two-year water crisis here. Rogers said she is ready to leave, but that moving is out of question; she simply can’t afford it.

Instead, Rogers has taken advantage of water distribution centers and adapted to a new life relying heavily on bottled water.

Lifelong Flint resident Alice Evans may be blind, but she sees better days ahead for Flint. Evans transmits her positive energy over the airwaves as a local radio personality, sharing information regarding resources available during the water crisis with her listeners.

Evans said the hardest part of the crisis is not the challenges of her own daily routine but, rather, hearing about the hardships of others.

“We’re all in this together, and that’s what makes it comforting,” Evans said. “No one is exempt.”

With a combined experience of 50 years in education, Andy and Pam Krupp are no strangers to working with kids.

It’s for that reason that the Rochester Hills couple decided to take action and showcase the faces of both children and families affected by the water crisis in Flint.

“These families are going to be left dealing with this crisis for many, many years to come,” Pam said. “So we’re looking for a way to keep the conversation going.”

In collaboration with 15 other local photographers and Metro Community Development in Flint, Andy and Pam have photographed over 50 families, with hopes of encouraging others to “take action in a positive way to help the [Flint] community.”

To see all of the featured portraits, visit www.voicesseenvoicesheard.com.

Filmmaker Michael Moore’s 1989 documentary, Roger and Me, explores the economic decline of his hometown of Flint, which was once a thriving automobile manufacturing city.

Photography by James Villalobos and Amanda Rivera
Email James at [email protected], or follow him on Twitter @jamesv_news.