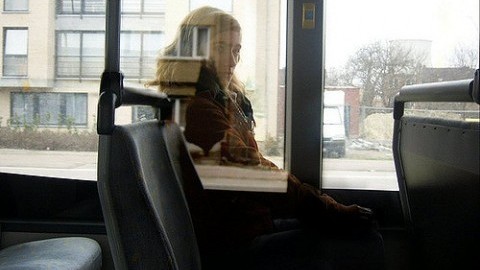 A week ago, we left things with a kiss goodbye and the promise of a tomorrow. Things were going well for us, or so I thought. He said that he had a great night; he said that he wanted to do this again sometime; he even said that he was going to call me.

I’ve sat by my phone for a week now, jumping at every text or call I get, hoping that his name will illuminate the screen. But much to my dismay, there have been no texts, no phone calls, and no snaps.

“Ghosting” is a new term for an old phenomenon. It’s when one dater ends a relationship by disappearing, without any explanation. They don’t have the courtesy to face their significant other in person, skip over the ‘it isn’t you, it’s me’ speech and get right to leaving.

The worst part about being ghosted is the ghoster leaving you wondering where you went wrong. Trust me, I know. The aftermath is a predictable cycle. Whether you have been seeing someone for a long period of time, or even if it’s only been one date, somewhere there is miscommunication.

In your mind, the date went off without a hitch. You go home with a smile spread wide across your face. And you wait until… nothing happens. After 24 hours of silence, you begin to enter a stage of denial. You tell yourself that he must be busy. He did say that he had a long day filled with classes and work, right? He’s just so comfortable with where things are headed between you two that you’ve reached a point where you don’t need to text every minute of every day anymore.

The sun rises and sets once again and still, nothing. Now it’s time to worry; cue desperation. Maybe he forgot about me? Maybe he wanted me to text him? As soon as you send the ‘Hey, what are you doing tonight?’ text, you instantly regret it. You want to talk to him so badly that you’ve forgotten the golden rule: if a guy wants to talk to you, he will; and if he wants to be with you, he will.

Two days later, and still no response. You begin to accept that he was just not that into you – the final stage of the cycle. You put on your ragged high school T-shirt, your baggy pajama pants (the ones with the little rubber ducks) and you crawl into bed with a tub of Ben and Jerry’s.

You begin to relive every moment you spent with him. You’re torn between being angry and just plain sad. You are beyond frustrated with him for not realizing how great your butt looked in those jeans that took you six months to fit into. And how could he not notice how perfect your hair curled, or how on point your makeup was? You even laughed at all of his corny jokes!

You did everything right and, still, no call.

Eventually the tears come. But no, they’re not for the jerk that couldn’t appreciate how amazing you are. Instead, they’re shed because you find yourself obsessing over a guy who didn’t even have the decency to call you to break up with you. You would rather he used some typical, insincere breakup line – at least then you would have some semblance of closure.

The insecurity that comes from not knowing what went wrong is enough to make you want to shy away from dating forever. What if you make the same mistake again and another “great” guy slips through the cracks? That thought alone may send you spiraling into a black hole of paranoia and doubt, while your ghoster is sitting on his phone swiping right on another girl’s Tinder profile, completely unaware of the week from hell he’s caused you.

Eventually, you find it in yourself to go out on another date. After all, you don’t want to spend the rest of your life alone. You meet a new guy and he seems great, for a little while at least. But there’s something that just isn’t clicking with him, and you realize that he’s just not the guy for you. Maybe it’s the way that he talks with food in his mouth, or the fact that he wears too much cologne. Maybe it’s just a combination of everything.

When you try to formulate a decent breakup speech, you realize something that you’ve never really understood before: maybe silence speaks louder than words can.

There is no contesting of the breakup, no tears (that you can see), and, honestly, it’s just easier. As horrible as it felt to be ghosted, you have to admit, as the ghoster you feel a huge relief.

Would you be devastated if you were to be ghosted again? Maybe.

Should you have broken up with him in person, with a rehearsed speech to spare him the pain of being ghosted? Probably.

Does that make you a hypocrite? Absolutely.