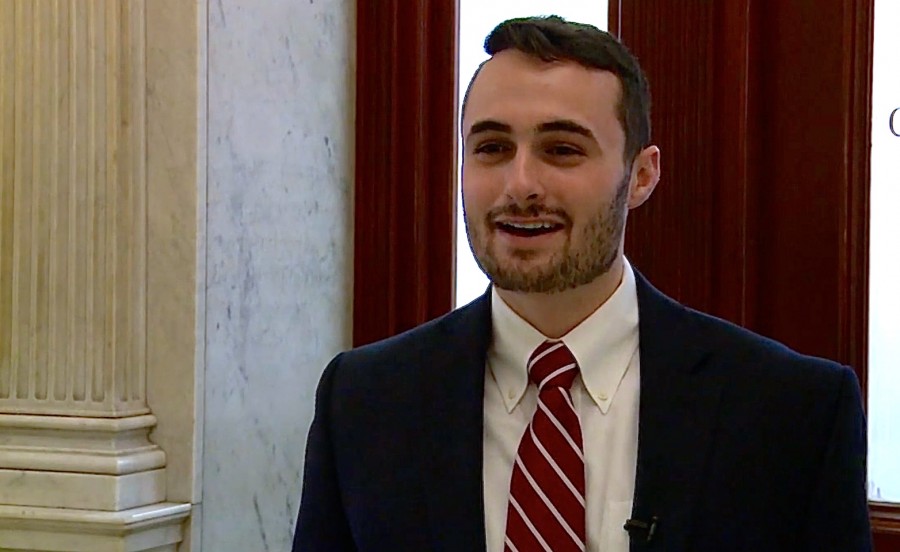 Sophomore Mark Hochberg is a third-generation University of Massachusetts Amherst student, following in the footsteps of his mother, Bonnie Barber (’84), and his grandfather, Donald Barber (’54). A political science major and an active member of the Student Government Association (SGA), Hochberg became interested in the effects of student debt on his generation.

Hochberg agreed that the cost of attendance is too high for a public university. He worked two jobs over the summer and still couldn’t make a significant dent in the $30,000 he had to pay this year.

Hochberg decided to take matters into his own hands and bring his story to the legislators on Beacon Hill.

With the looming state budget coming to a vote in a few months, Hochberg and nearly 100 other students traveled to the Massachusetts State House to ask for a larger investment in public higher education. Unfortunately, all three offices Hochberg visited weren’t much help, he said.

“I went to three different legislators, two representatives and one senator. None of them met with us,” said Hochberg.

At a reception at the University Club on Beacon Hill later that day, Hochberg met several legislators and shared his story. One of those legislators was Massachusetts Senate President Stan Rosenberg, a UMass alumnus (’77). Rosenberg agreed that student debt is a pressing issue saying, “I think their student debt is way too high, and the way we fix that is to first and foremost increase state appropriations.”

Hochberg said he hopes that other legislators attending the reception got the message too, and that they will vote to increase the state budget at the State House and Senate floor later this spring.