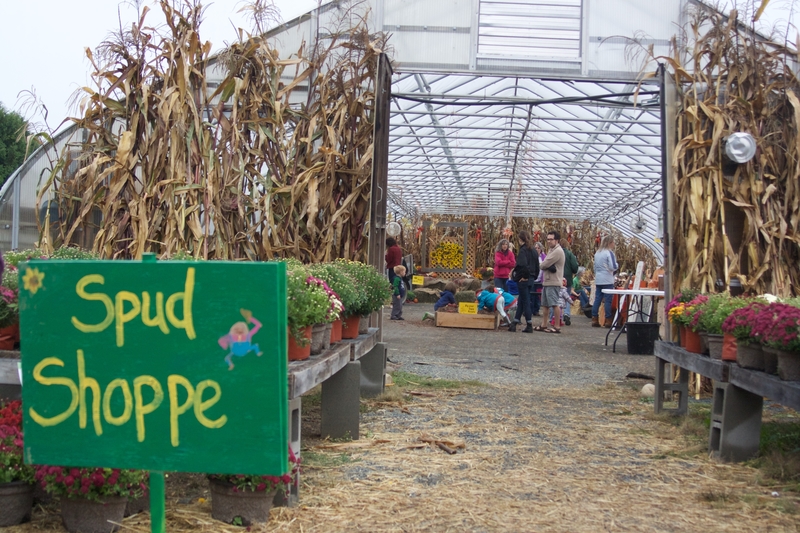 SUNDERLAND — Alumni returning to the Pioneer Valley for the University of Massachusetts Homecoming football game Saturday may have described the weather as gloomy, but farm owner and UMass Amherst alum Ted C. Smiarowski III described it differently.

It was “perfect potato weather,” according to Smiarowski.

The weekend was a fitting end to spud season — a bit of relief for the ongoing drought and the perfect potato-raising climate.

To top it off, local produce-lovers undeterred by the drizzle attended the second annual Potato Festival at Smiarowski Farm Stand and Creamery.

Smiarowski, who graduated from the Stockbridge School of Agriculture at UMass in 2013, spent weeks organizing the event. He said he hoped the festival would be a way to meet local friends, families, and farmers, and talk about the significance and quality of Smiarowski spuds.

Children and adults enjoyed the festivities inside the “Spud Shoppe.” They dug up their own potatoes, had their faces painted and took photos in a farmstand-themed photobooth.

A friendly dog named Cuda wandered around the festival, resisting the urge to beg for the sauerkraut, french fries and burgers being served at the event. The dog seemed happy just to have the occasional ball tossed his way by a passing child.

Despite the rain, some festival-goers trekked through the large and colorful sunflower maze that Smiarowski cut with his own machete. 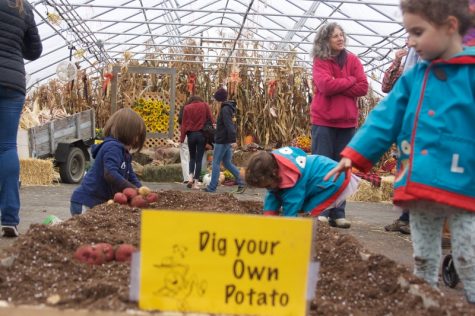 “It’s a real family event,” said Cathy Zatyrka, 50, of Hadley, as she handed a college-aged woman a plate of fried dough.

The Smiarowski family has been putting care and quality over all else since the 1950’s when his grandfather took advantage of a plot of nutrient-rich virgin land in the Pioneer Valley. Smiarowski said potatoes have always been a big part of his family’s farming legacy.

“Growing up as a kid, potatoes were always our biggest crop,” Smiarowski said. “Why not have a festival to celebrate them?”

The festival included several tents with freshly made french fries, loaded baked potatoes, and pierogies — all made from potatoes grown on Smiarowski’s farm.

Inside the farmstand, there were apple cider donuts, pies, boxes of beans and packed bags of potatoes crowding the aisles. The creamery served Maple Valley Ice Cream and homemade Polish dishes featuring all fresh ingredients grown on site. 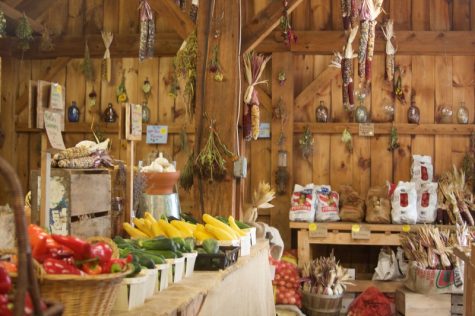 Smiarowski explained he bought the farmstand from his cousin three years ago, the same year he graduated from UMass.

Owning a farm was all Smiarowski ever wanted, according to his mother, Kathy Dion.

“He used to do farmers’ markets as a kid and always helped his uncle with the farm,” Dion said. 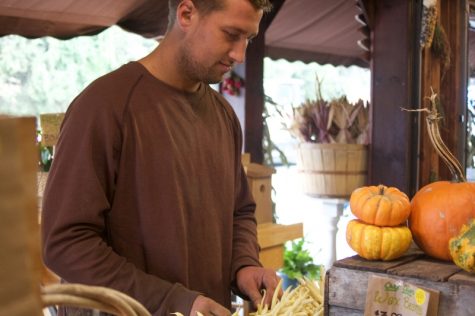 According to Smiarowski, what sets his farm stand apart is the fact he does not buy any of the produce. All the produce is grown and harvested by him and his family, he said.

Smiarowski said he prides himself on selling the freshest produce possible by growing many small crops instead of a few larger ones. While the method is not so easy on a bank account, it ensures every harvest is fresh when it is packaged, according to Smiarowski. Produce is shipped off the same day it is harvested, he added.

“I know it’s quality because I picked all of it myself,” Smiarowski said.

The summer drought and resulting water ban made it a “tough year” for the farm, even with irrigation systems, Smiarowski said.

But the season it wasn’t all bad. According to Smiarowski, the minimal amounts of rain made it a relatively pest-free season, which reduced chemicals needed to keep crops healthy. 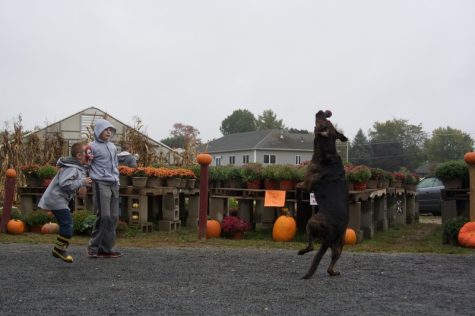