Innovation and team building the focus at fourth annual HackUMass 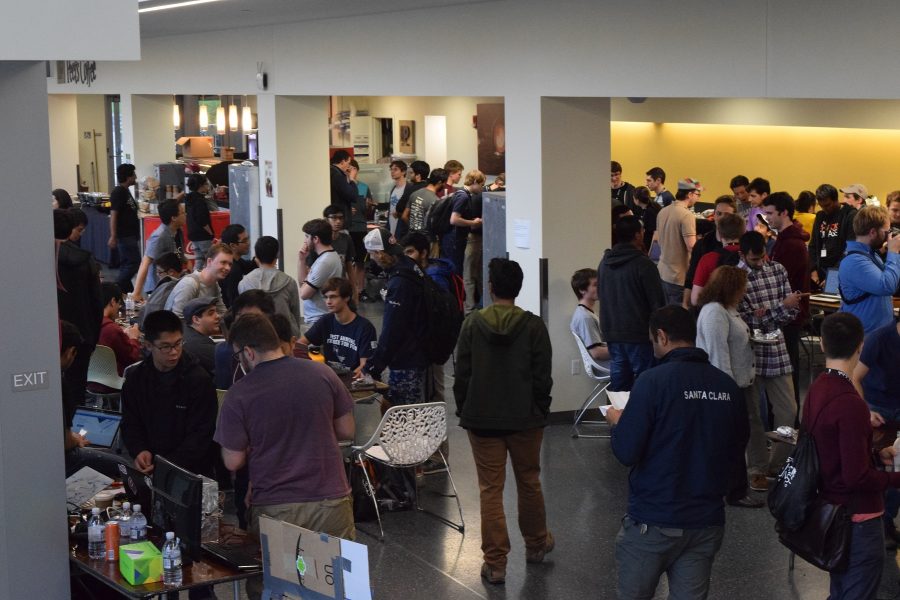 AMHERST — Tech-savvy University of Massachusetts Amherst hackers from across the northeast produced projects to be proud of at HackUMass, a 36-hour hackathon that took place over the weekend.

According to HackUMass Head Coordinator Hiram Silvey, participation has grown 30 percent from last year. It is one of the largest student-run events hosted by the university with some 700 participants.

The Integrated Learning Center transformed into a campground for the technically gifted Friday. A steady stream of snacks and energy drinks kept the creative juices flowing. Pillows and blankets littered the building.

It was not unusual to enter a classroom to find students sleeping beneath tables while their teammates forged on above them.

The grand prize went to an app called Doppelgänger, which uses facial recognition software to match photos of users who look alike. Participants may then follow their doppelgangers and chat with them. 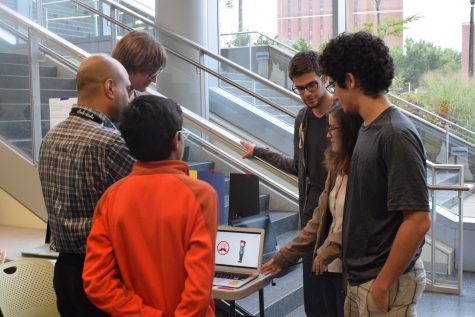 Another team, known as Pretentious Poet, is a collaborative effort between sophomores Kyle Vedder, Itamar Levy-Or, Jared Holzman and Isabel Hagberg. It is essentially a computer program that intakes an image and outputs randomized poetry by stringing together words determined by image tags to make semi-coherent sentences.

“You can expand on an image in a way that really hasn’t been done before. It combines computer science and art,” Holzman said.

Pretentious Poet won the “nicest documentation award” from HackUMass for the quality of their project report. They also received a sponsor prize from Major League Hacking for best use of Amazon web services at Sunday’s closing ceremony in Mahar Auditorium.

The process uses a context-free grammar which ensures the poem will be grammatically standard English. After several poems are generated, a scoring function compares their value in terms of length and synonyms. Then, genetic programming uses bits of stanzas to breed many of these poems together over several evolutionary cycles to produce the final form.

“It’s essentially the process of evolution at work,” Vedder said.

To use the program, the team plugs in an image URL. The chosen photo was a view from the back of a classroom, shown below. 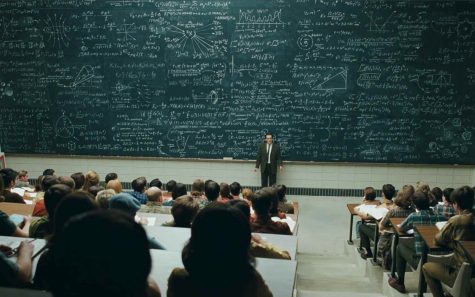 Two seconds later, the computer spat back a poem:
“The workshop is an abstraction of immediate musing by the pundit of the evening musing where you sleep.

A dream devours into gangs. It forms like a schoolhouse with the opportunity.

It is a classic business of riff-raff and revery.” 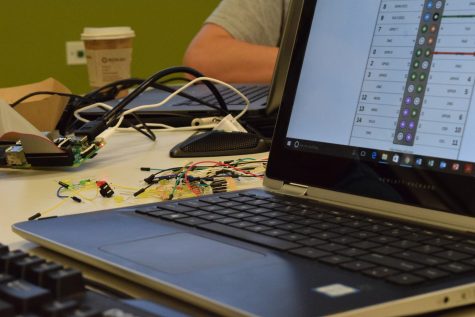 It poses a solution to the age-old question of adults everywhere — What do I want to drink?

“Say you’re like, I kind of know what type of wine I like but I don’t know any names of wines. This website is for you,” Rivernider said.

Users click beer or wine and choose from a pull down list of options such as “a light and fruity white wine” or “an earthy and spicy red wine.” The program generates a randomized option that includes a price point, year and link to purchase.

The team ran into minor problems while creating the software.

“For a while it would only give us British ales and we couldn’t figure out why,” Just said.

It ended up being a problem with the documentation of the application program interface. The team confused style with category. It was a learning experience.

Across the building, computer science sophomores Joshua Hassler, Darrien Glasser and Rebecca Campelli had a vision for this hackathon.

They hoped to design an app that makes dumb cars smarter.

“Cost can be a barrier that prevents consumers from buying smart cars. With intelliDrive we are making dumb cars smart,” said Glasser.

intelliDrive relies on smartphones, a more accessible technology to the average consumer than a smart car, the group explained.

The app collects data on mileage, miles per gallon and other information that could help employees who record business write-off costs.

Mia, a sassy self-named artificial intelligence, is the voice of intelliDrive. She will hold a conversation with the user on long drives to prevent accidents caused by sleeping while driving.

“Nothing. How are you?” Mia responded.

“Where is home?” Mia asked.

She sometimes has strange responses, especially when interacting with her creator.

“I’d prefer not to answer that, Mia,” Campelli said with a laugh.