We need to talk to each other, not censor

"I don’t care what you think. I care about your reasoning." 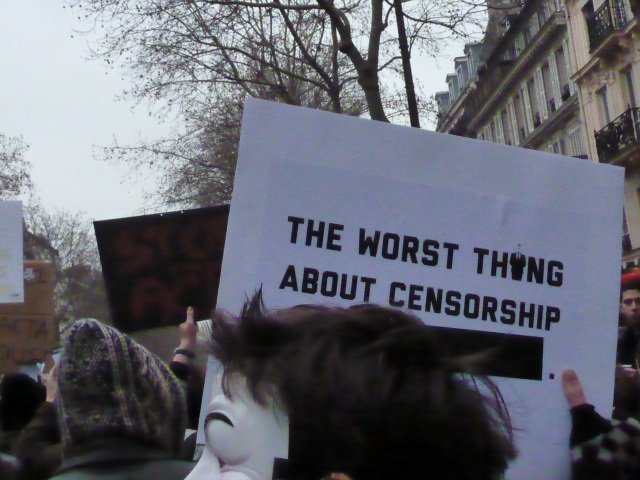 Like every millennial, I’m prone to checking my Facebook feed on a regular basis. Recently, I have tried to wean off my social media habits. All I see on my feed is conflict, and frankly, it’s depressing.

Throughout this controversial election cycle, the ordinary social media conflict has transformed into vicious, mean-spirited character attacks between family, friends and acquaintances. I accept that talking politics is generally a great way to alienate yourself from your peers, especially if you hold conservative opinions in a largely liberal area — or vice versa.

I also understand that this election is heated, and I get why people are frustrated. There’s a lot to be angry about on both sides.

What I do not understand is why each side refuses to talk to each other and meet in the middle somewhere or even seek to understand each other’s position.

I’m certainly not asking each side to accept the opposite side’s position, however, each side should consider why someone might feel the way they do about a particular issue. Personally, I’m not so concerned with what you think, but why and how you came to your conclusions.

Attempts at “civil” political conversations usually end with shouting, name-calling or some other sort of ad hominem. Each side gets this wrong. Referring to someone as a “dumb Republican” or a “tree-hugging liberal” is not a valid tactic to convince someone else your argument is right. Blocking or unfriending does not prove that point either. In fact, I believe it contributes to our divisiveness.

How on earth are we supposed to solve local, national and global problems if we aren’t even willing to talk to each other?

As much as I disagree with Trump’s policies, tactics and pretty much everything else he stands for — I’m still trying to find common ground with his supporters. And by finding common ground, I mean that if someone tells me that they are personally voting for Trump, I don’t dismiss them automatically.

Instead, I try to engage with them in a civil manner.

As painful as it is to hear why someone is voting for a misogynistic, race-baiting bigot, I’m learning a lot about how people come to their conclusions. I understand that while we have different ideas about how to solve our communal frustrations, our dissatisfaction with the status quo stems from the same place.

Last weekend, Saturday Night Live (SNL) aired a skit that echoed this communication problem we’ve had for the past couple years. Black Jeopardy, a recurring sketch on SNL follows the same, old fashioned Jeopardy format, but then includes obscure categories.

Typically, two-thirds of the contestant pool in this skit are black, while the remaining third is “out of place.” In the past, the sketch featured WASP-y types in this position. The main gag of these skits is that the third person — typically the white guy — has no understanding of the game show or the references being made by the other contestants. The oddball in this particular skit of Jeopardy was a Trump supporter played by Tom Hanks.

In this version of the sketch, the writers didn’t follow the normal format of Black Jeopardy.

The tone of the sketch was different. The focal point of the sketch was to show that although the contestants came from different backgrounds and were supporting different candidates, they all shared similar frustrations. The sketch showed how we are all facing the same problems, but sometimes we just can’t agree on how to solve them.

The point is, I don’t care what you think. I care about your reasoning. I care about what information you used in order to come to your conclusion. I respect a person’s willingness to address issues and solve them.

Sure, it bothers me when I see some disgruntling things on my social media feed, but I respect the individual’s right to say it. Whether you’re voting for Clinton, Trump, Stein, Johnson or Vermin Supreme, take the time to try and empathize with the other side — you might even find that you share some of the same grievances.