Top 10: Times the election made us LOL

(And cry on the inside) 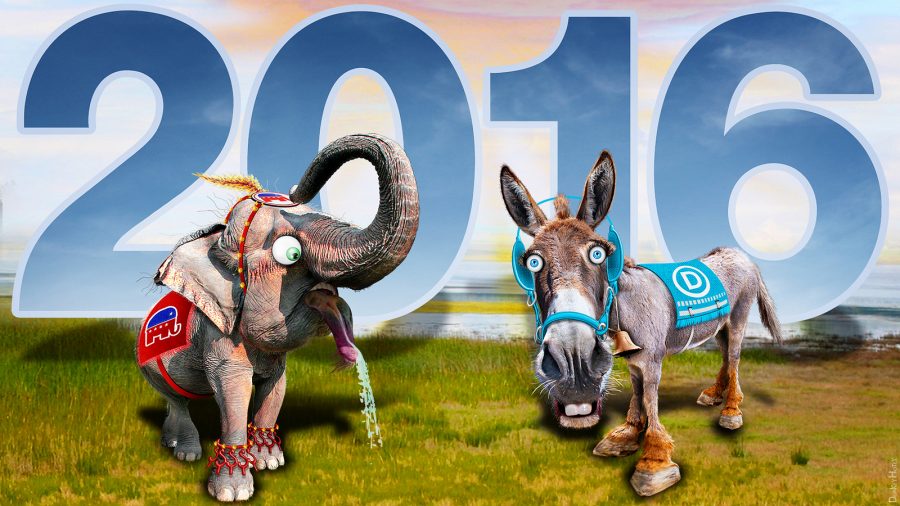 With the election only a few days away, reality — or horror — is setting in.

But the nation can rejoice in the fact that the absurd campaign season will soon be over. While the 2016 presidential election cycle has made American politics the laughingstock of the world, at least we were able to laugh along the way.

Here are the top 10 humorous highlights:

1. Last Week Tonight with John Oliver: Third Party Candidates. Oliver pokes fun at silly matters like Gary Johnson’s creepy comments about when Mount Everest “lifted her skirt” for him and Jill Stein’s old folk-rap albums. But he also points out the ridiculous flaws in their proposed policies. This video is a little long, but it is hilarious and definitely worth the watch — especially if you’re considering voting for one of these candidates.

2. Last Week Tonight with John Oliver: Presidential Twitter War. Oliver ridicules Trump and Clinton for their childish actions on social media and their failed attempts at connecting with young people.

3. Last Week Tonight with John Oliver: Donald Trump. It wouldn’t be a list of comical election videos without this legendary Trump roast.

4. Late Night with Seth Meyers: A Closer Look. As the polls tighten days before the election, Meyers jokes about the democratic panic setting in and sarcastically lists the reasons why the choice of who to vote for is so hard.

5. Saturday Night Live: Parody of the Debate. Alec Baldwin and Kate McKinnon battle it out as Trump and Clinton to mock their first presidential debate. It’s very funny — except for the fact that it’s scarily accurate.

6. The Daily Show: When Was America Great?. On the street reporters ask Trump supporters when America was great, tackling the meaning of Trump’s slogan “Make America Great Again.”

10. Comedy Central: Trump vs Sanders on Why the Chicken Crossed the Road. Spot-on impersonations of Trump and Sanders in a debate over why a chicken was crossing the road featuring comments like “rapist chicken” and “build a coop.”