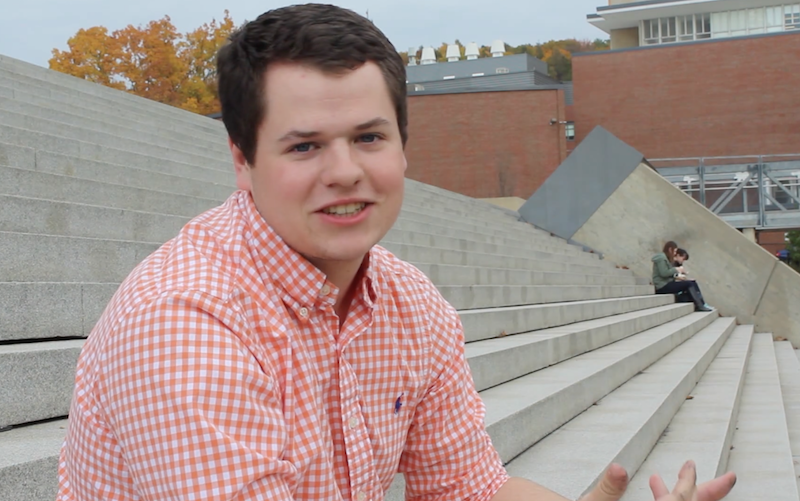 Local voters sat for video interviews with University of Massachusetts Amherst journalism students in the weeks leading up to the election.

Before you head to the polls today, hear what they have to say.

Tanvi Verma cannot vote in the United States because she is not a citizen. If she could vote, she would probably be a Democrat, she said. For Verma, it is hard to call someone a friend if they vote for a candidate who wants to threaten her existence in the country.

Casey Pease, an avid Bernie Sanders supporter, voted early for Hillary Clinton. The Democratic candidate is not his first choice, he said, but he cast his vote for the good of the country.

Ben Tocci is a registered Republican, but he will vote for Clinton in his first presidential election. He says Trump and Pence make it difficult to vote for Republicans this year.

Kristi Nelson says she is excited to vote for a woman. This is one of the most exciting elections in her lifetime, she said.

Christian Olivera voted early for third-party candidate Jill Stein. His left-leaning progressive thinking prevented him from voting for Trump or Clinton, he said.