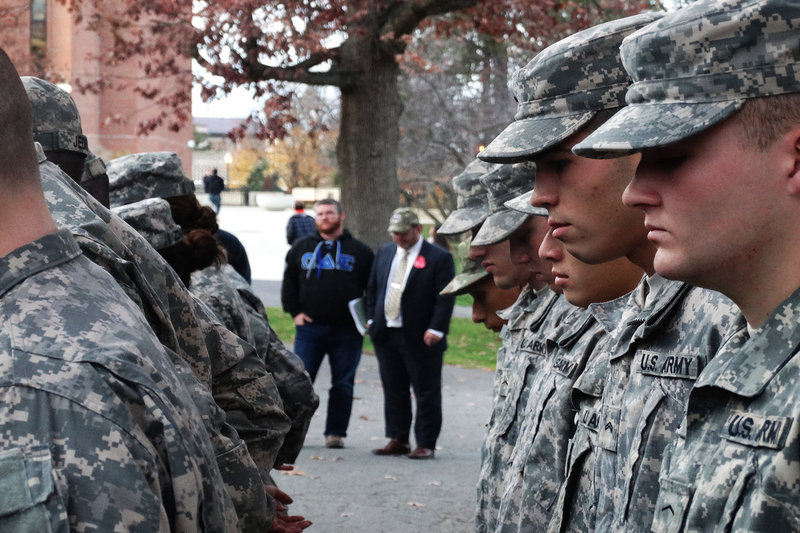 After the speeches, a pair of cadets, one Army and one Air Force, escorted a ceremonial wreath of flowers and began the 24-hour vigil standing guard in front of the flag. The ceremony ended with a firing salute conducted by Army ROTC cadets, and some final words from the cadre.

Magner highlighted the fact that less than 1 percent of America’s population serves in the military. He added that over 7,000 American troops have been killed to date in Iraq and Afghanistan alone.

He then encouraged attendees to think about why veterans serve and to contemplate the concept of service.

“Until it is selfless, until it costs you, until there is something behind it, I would ask if it’s still service,” Manger said.