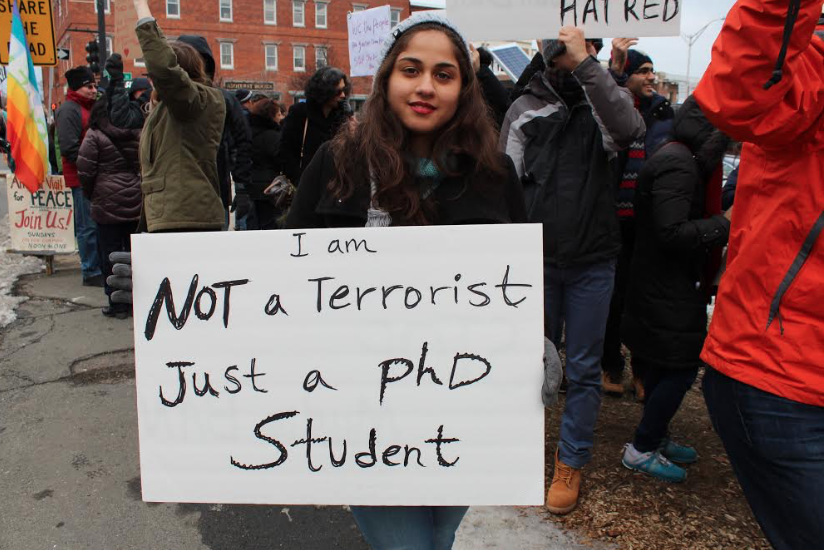 (FILE PHOTO) Sharon Montazeri, an Iranian Ph.D. student at UMass, participates at a demonstration against Trump's travel ban against mainly Muslim countries in Amherst in January 2017.