ATG treasurer gets jail time for embezzling over $130,000 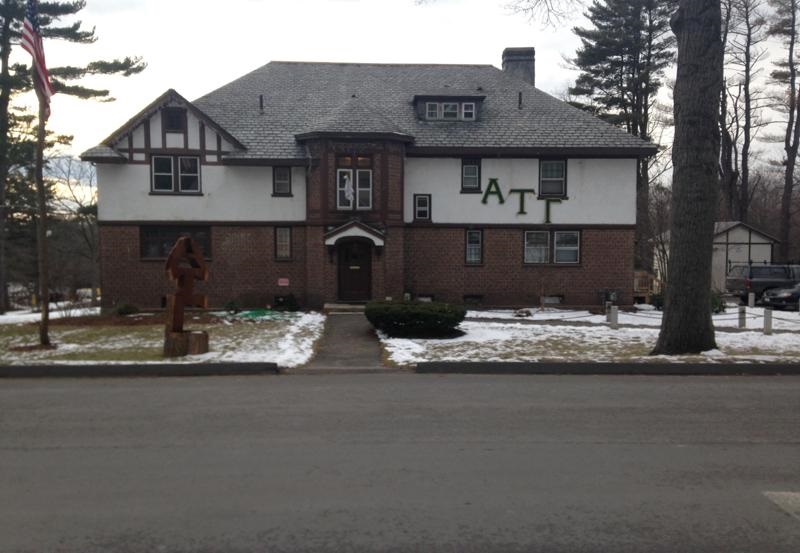 AMHERST — In the driveway of the Alpha Tau Gamma (ATG) fraternity at 118 Sunset Ave., a silver Pontiac sits patiently and waits for its owner to return — but the vehicle won’t see its operator any time soon.

ATG alumni Christopher Estes, 53, was sentenced to one year in jail Monday for embezzling $133,000 from the fraternity. His car was parked at the ATG house afterward until further arrangements could be made.

The Daily Hampshire Gazette reported that Estes, of Rehoboth, plead guilty in Hampshire County Superior Court to a single count of larceny greater than $250 and will serve one year in the Hampshire County Jail and House of Correction. The other year was suspended for five years while Estes serves probation.

ATG is the academic, service and social fraternity of the Stockbridge School of Agriculture at the University of Massachusetts Amherst. As a local fraternity, they are the only chapter in existence, and thus do not have a national office. Instead, they have a group of alumni who run the organization.

Estes served on the ATG alumni executive board from 2012 to 2014 as treasurer. He had full access to the organization’s funds.

“It’s hard because at the end of the day he’s our brother, and the guys who run the corporation e-board now were his pledge brothers,” said Steiman. “They’re the ones who have to testify against him in court, so it’s really hard for them.”

Steiman said that no current brothers knew Estes personally. In fact, before they learned whose car was situated in the driveway, there was talk among the brothers of towing the unclaimed vehicle.

To them, the situation they now face is rather unfair.

The brothers who occupy the Sunset Avenue house must support themselves financially until the organization gets their accounts in order. While they used to receive monetary aid from the organization for things like house repairs or their annual ski trip, the brothers are adjusting to the reality that alumni will be their main source of assistance.

“In the past, being a brother of ATG was having all the things [the board] supported and now we don’t want to throw those things away, so we have to support them on their own,” said Steiman.

Rather than raise their dues, the brothers have begun working as a fraternity to lessen the financial burden. From landscaping to doing yard clean-ups for neighbors, the brothers of ATG have made a collective effort to pay their bills.

To Steiman, the bonding experience is a positive alternative to brothers just going off and doing work individually to afford higher dues.

While it has been difficult, the president said these new stakes have made them more appreciative and taught everyone an important lesson.

“It definitely sets the standard for everybody, a kind of zero tolerance policy that everyone needs to understand,” he said.

Even though the embezzlement occurred at a corporate level, the occurrence can still be a cautionary tale for other Greek organizations.

Sophomore John Meltz, 20, president of the Interfraternity Council at UMass, said that it is very difficult for a chapter to function when the organization itself is struggling. The national office, he said, is supposed to help a fraternity run smoothly.

“Fraternities are large organizations and this incident demonstrates how imperative it is to maintain and execute proper auditing and financial handling procedures,” Meltz said. “This starts with a spirit of transparency between chapters, alumni boards and nationals.”

With ATG, Estes could have been caught much sooner if he was closely monitored. By the time the bookkeeper found that the numbers didn’t match up, the damage had already been done.

And even though Estes will find himself behind bars, he isn’t the only one suffering the consequences of his actions.

“I don’t think we’re getting much money back from him directly, but the guys running the show have really gotten us back on track. They’ve gotten us out of debt and back into the positive … but there’s still far to go,” said Steiman.