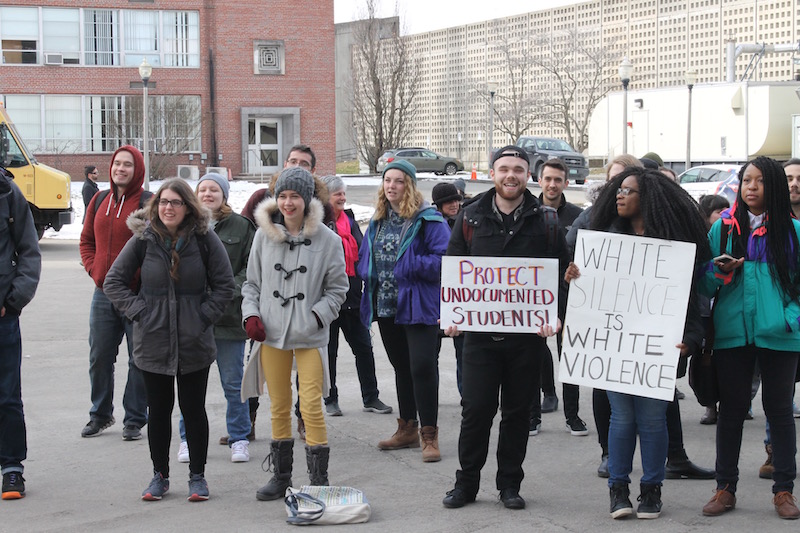 Protesters chant in front of the Student Union for a sanctuary campus on Feb. 3, 2017. (Julie Shamgochian/Amherst Wire)

AMHERST — University of Massachusetts Amherst community members gathered outside the Student Union at 12:30 p.m. Friday to rally for a sanctuary campus. In November, some 600 people joined a #SanctuaryCampus walkout at UMass after President Donald Trump was elected.

After the rally Friday, protesters continued to Thompson Hall where they held an organizer’s meeting. The meeting was spent preparing tasks for the next activist event, planned for Wednesday.