What is the future of the Democratic Party? 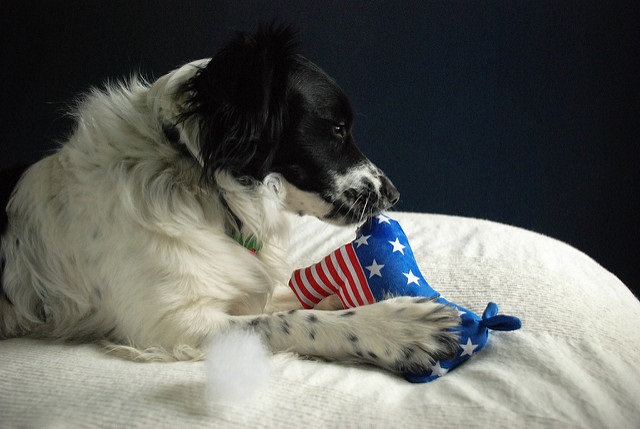 After losing the 2016 presidential election to Donald Trump and the Republican Party in a shocking upset, Democrats across America are facing a difficult question: Where do we go from here?

Some might argue that Democrats ought to stay the course. President Barack Obama left office with a high approval rating — 60 percent per The Washington Post.

And despite losing to Trump, Hillary Clinton did receive nearly 3 million more votes than Trump. According to CNN, her roughly 2 percent margin of victory in the popular vote ranks third among losing candidates.

But while some see a need for stability and a return to the status quo, the answer is quite the opposite.

Rather than propping up another vanilla candidate, the Democratic Party needs a more liberal candidate that inspires voters. If they are to have any hope of upending the balance of power in Washington in 2020, Democrats must immediately reverse course and stop endorsing corporate-backed, Centrist candidates.

While Clinton may have gotten more votes than Trump, she didn’t win where it counted. This phenomenon can be partially attributed to a lack of enthusiasm surrounding Clinton.

In 2016, Clinton received votes from only 26.5 percent of Americans.

This is a remarkable decline in voter turnout among Democrats, caused by Clinton’s inability to stir up emotion in the way that Obama did. This formula is proven to work, as it is also how Trump defied the odds to become the Republican presidential nominee, and eventually the president.

Moving forward, the Democrats need a “change” candidate that inspires vehement support from the left, just as Trump did on the right in 2016.

Democrats need to regain key demographics. Once the crown jewel of the Democratic coalition, the white working class (non-college educated) vote has gone to Republicans in each of the last three elections. In 2016, Trump won this demographic by a stunning 39 point margin, according to USA Today.

Many experts believe this is because Trump’s anti-globalization trade policies appealed to industrial workers whose jobs have been outsourced. Democrats need to regain the white working class vote, and to do so they need a candidate that similarly denounces globalization and supports American industry.

The interests of the party’s constituents are rapidly changing. Millennial voters overwhelmingly supported Sen. Bernie Sanders over Clinton in the 2016 Democratic primary, and the Democratic coalition is getting younger. As a result, the Democratic party is moving further to the left, and the party needs to select leaders who reflect that shift.

And lastly, part of Trump’s appeal to American voters was his status as a Washington outsider.

Trump largely funded his own campaign, and he successfully lampooned Clinton on numerous occasions for receiving exorbitant speaker fees from major corporations. Clinton received over $1 million in donations from both Goldman Sachs and J.P. Morgan, according to the Center for Responsive Politics.

The Democrats desperately need to move away from the notion of being tied to Wall Street, as it has proven to be a death knell in today’s political climate.

It’s clear that the Democratic Party needs to take a new approach against President Trump in the 2020 election. Centrist Democrats with corporate ties no longer appeal to groups that are vital to the success of the party, such as young voters and the white working class. And the Democrats need someone who can galvanize and inspire Democratic voters to match the excitement Trump inspires in his base.

While these three qualities point to none other than Sen. Sanders, it remains unclear if he intends to run in 2020, and just how viable a 78-year-old candidate would be.

Clinton has hinted at running again in 2020, but this would be a fundamental mistake by the party. Clinton and the “status quo” Democrats failed to defeat Trump, and now the Democrats must reevaluate and move on.

Whether it’s Sanders or someone else, the Democratic Party needs a new hope.