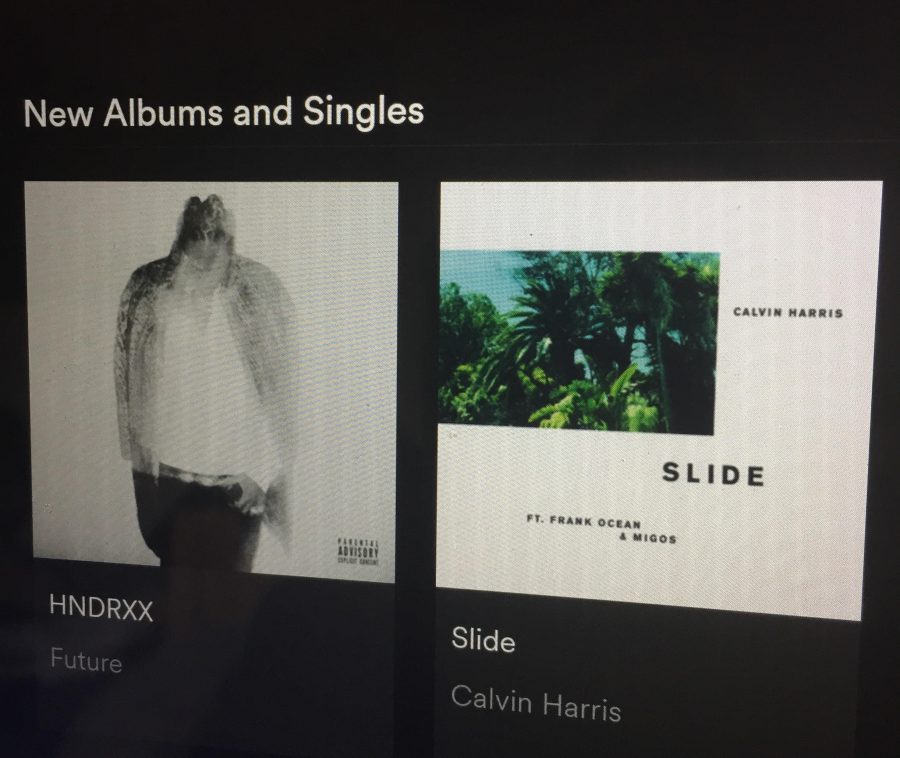 New music from a wide range of hip-hop artists dropped Friday, and there may not be enough time to hear it all before the next batch.

Future challenged norms by dropping two full-length albums, just one week apart. His new album “Hendrxx” assumes a more sensitive, intimate voice in comparison with last week’s self-titled “Future.” The new album is 17 tracks long and boasts features from The Weeknd and Rihanna. Future wrote on Instagram that “Hendrxx” is the album he always wanted to make, and it’s nice to hear the melancholy side of the Draco-toting, wifey-stealing platinum artist.

Taylor Bennett, younger brother of Chance The Rapper, started filling the big shoes before him with his project titled, “Restoration Of An American Idol.” Bennett clears his throat at the top of the album, rapping that he’s not the “little bro” that people may see him as. Features on this project include Chance, Lil Yachty, Jeremih, Kyle and Raury. It’s a refreshing serving of smoked-out, laid-back Bennett family flavor in the wake of Chance’s spiritual, Grammy-winning “Coloring Book.”

A powerful trio made this week’s competition stiff — Frank Ocean, Migos and Calvin Harris teamed up on the upbeat single “Slide.” Frank Ocean, slowly emerging from years of hiding, has the pop music Midas touch. Quavo and Offset of Migos, on the other hand, are still riding the success of the chart-topping “Bad and Boujee” and the release of their album “Culture.” On a single hosted by Calvin Harris, a DJ who is no stranger to the Billboard Hot 100 list, “Slide” will grab a big slice of the week’s spotlight.

Among the other releases in hip-hop were singles such as Gucci Mane’s “Make Love” featuring Nicki Minaj. On this one, Gucci discusses his willingness to buy a million-dollar wedding cake and Minaj fires shot after shot at an undisclosed enemy, presumed to be rapper Remy Ma.

Nav, a Toronto rapper signed with The Weeknd’s label XO, also put out new music Friday. His self-titled, 11-track album is full of tight drum snaps and droning instrumentals. It features The Weeknd on the single “Some Way.”

Stormzy, a grime rapper from England, got Adele’s blessing via Twitter after the release of his album “Gang Signs and Prayer.” The album is braggadocious and reflective at the same time, offering raw grime attacks like the track “First Things First” alongside the somber “Blinded By Your Grace, Pt. 1.”

Thundercat’s highly anticipated album “Drunk” dropped on Friday. Thundercat, whose real name is Steven Bruner, is a bassist, producer and singer from L.A. He has worked alongside names including — but certainly not limited to — Kendrick Lamar, Flying Lotus, Erykah Badu and even the Red Hot Chili Peppers. “Drunk” delivers the grooviest bass-intensive sounds of the century with welcome features from Kendrick Lamar, Pharrell Williams and Wiz Khalifa. The L.A. artist Flying Lotus also worked on several tracks.

These are just some of the gifts we found under the tree on Friday morning. The next few weeks will surely yield more, including the moment we’ve all been waiting for: the arrival of Drake’s “More Life” on March 4.

Until then, this should be enough new music to keep you busy.