‘The Bachelor’ ruins a crucial moment in the show’s history

How the poor execution is taking away from the bigger issue 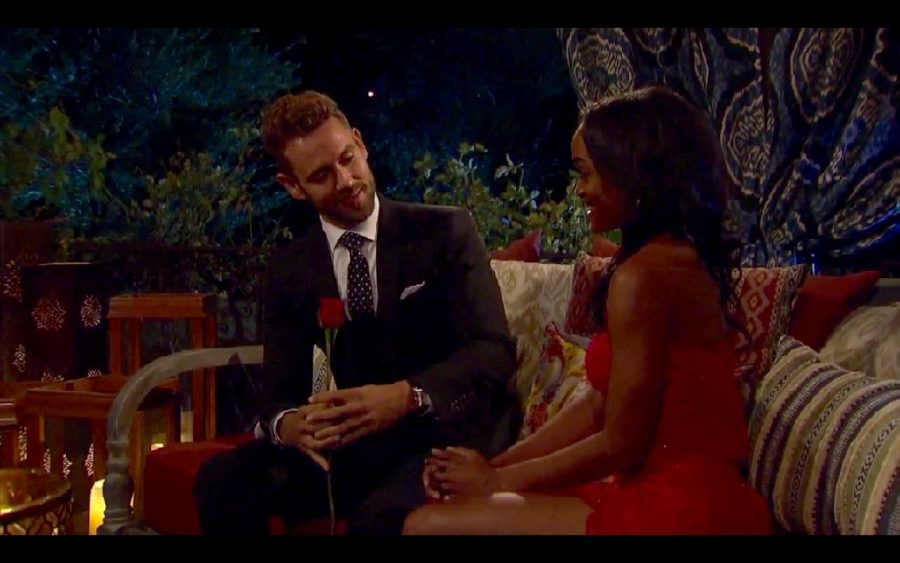 Two weeks ago, Rachel Lindsay was announced as the first black bachelorette in reality television series “The Bachelor” history.  Some suspect that she was chosen out of the then-five contestants vying for bachelor Nick Viall’s heart in order to silence backlash towards “The Bachelor” brand for lacking diversity.

Was the bachelorette announced early to silence the diversity critique the show has been receiving? Was Lindsay planted from the start to be the next bachelorette? Is that why she got the “First Impression Rose?” Has “The Bachelor” been plotting this plan to cover their tracks for months?

Harrison reasoned that the early announcement was due to a scheduling overlap in the taping of Viall and Lindsay’s respective seasons of the show, but that has never been a problem before. It seems pretty convenient to start having schedule conflicts right now, in this particular situation.

If Lindsay had been runner-up in the season and Harrison announced her in standard bachelor fashion, her casting as the next bachelorette might not raise as much suspicion.

Though it is presumed to be unintentional, the lack of diversity seen in “The Bachelor” is the pinnacle of misrepresentation in the media and it reinforces racial stereotypes.

This disproportionality has created a steadily growing backlash towards “The Bachelor” brand over the past several years. Their solution? Lindsay.

She received the first impression rose at the start of the current season, and fans fell in love with her on her one-on-one date in New Orleans with Viall. She’s a 29-year-old lawyer who seems to be very successful in life. A perfect choice for “The Bachelorette.”

Since the show’s conception in 2002, “The Bachelor” has had a disproportionately white cast and an even less diverse array of bachelors and bachelorettes. The only minority bachelor the show has ever cast was the controversial Juan Pablo Galavis in 2014.

Though “The Bachelor” casting crew has attempted to create more diverse casts in the past, none of the minority contestants have ever made it far enough to become a fan favorite, thus, never becoming the bachelor or bachelorette. It wasn’t until 2016 that a black contestant even made it past week five — Jubilee Sharpe broke the record on Ben Higgin’s season.

This lack of diversity isn’t a new phenomenon. Shows like “The Real World,” “Big Brother” and even more recent shows like, “Dating Naked” and “Are You The One” have all been predominantly white. Other than “The Real World” in the 90s, however, none of the above reality television shows have garnered as large or as loyal of a following as “The Bachelor.” The fanbase, known as, “Bachelor Nation” has been going strong for the past 15 years.

As of the most recent episode, Lindsay made it through to the top three. Presumably, she will not make it to the final two and will be sent home next week as to not spoil the season’s winner. In the meantime, fans must watch with a slight dissatisfaction until she is sent home.