When it comes to UMass athletics, apathy breeds mediocrity 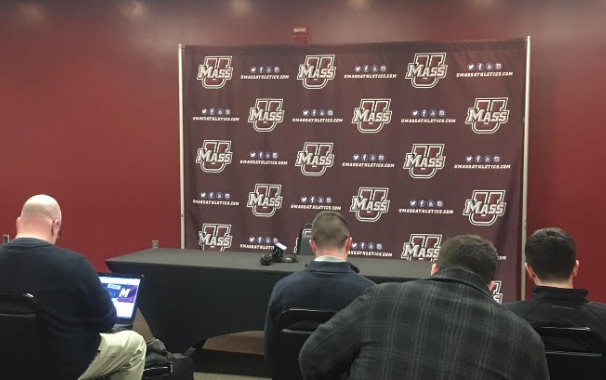 If you ask students around campus at the University of Massachusetts Amherst what they think of the school’s sports teams, the overwhelming majority will tell you they don’t really care.

I find it sad that in my three years here at UMass, I haven’t seen any of my teams play a truly meaningful game.

When newly-hired men’s basketball coach Pat Kelsey suddenly decided to back down from taking the job less than an hour before a scheduled press conference to introduce him on Thursday, he rubbed salt in the wounds of those of us who actually do care about the school’s sports teams.

The ordeal was a public relations disaster for UMass Athletics. He made a joke of a basketball program with a legitimately respectable history. Over the course of that one hour, Kelsey did more harm to the reputation of UMass athletics than years of mediocrity and stagnation could have.

He made a laughing stock of us.

Kelsey’s move is relatively unprecedented in the world of sports. One of the few examples that comes to mind is Bill Belichick taking the head coaching job for the New York Jets for one day in 2000, only to resign and join the New England Patriots.

What makes the sorry state of UMass athletics particularly sad is the potential that this school has to build a respectable and competitive athletic program. UMass is the biggest public school in the Northeast. There are tens of thousands of alumni and future alumni who are ostensibly fans and supporters of the school’s teams. The nickname “Zoomass” seems to suggest this would be a fun place for athletes to play.

The problem is that the students and alumni, by and large, simply don’t care.

The only solution is for students and alumni to support the teams and attend games anyway.

Over winter break, I went to a Boston College hockey game with my brother at Conte Forum. The student section was packed. The chants were thunderous. There was electricity in the air. It was a blast.

Wouldn’t it be fun if the scene at the Mullins Center or McGuirk Stadium was closer to that than it is to the library?

Unfortunately, as it stands, students at UMass are missing out on those kinds of experiences. It doesn’t have to be that way. We’re wasting our potential. It’d be easy to blame the athletic department or the coaches or the players for the school’s lack of athletic success, but that’d be unfair.