Chancellor Subbaswamy says Warren's values are in line with the university 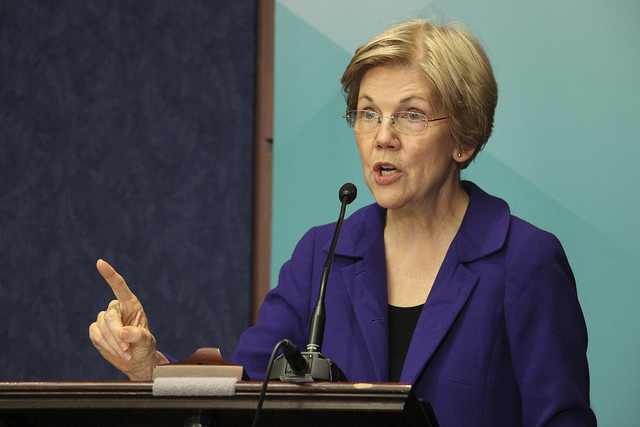 Warren will speak as 2017 graduates walk the stage for their commencement ceremony 4:30 p.m. Friday, May 12, at McGuirk Alumni Stadium.

“We are inspired by her staunch advocacy for equitable access to education, environmental resource conservation and support for economic justice,” Subbaswamy said in the press release. “These issues are in alignment with our campus’s core values and our long history of activism in pursuit of social justice.”

Subbaswamy went on to explain Warren’s contributions to the nation align with the university’s strides towards optimism and innovation.

“At UMass Amherst we stand for the hopes, the ambitions, the bold experiments and the innovative solutions of the people of Massachusetts and the world beyond,” he said in the statement. “We share Sen. Warren’s commitment to making a profound, transformative contribution to the common good.”

Warren, a first-term Democratic senator in Massachusetts, was elected in 2012. She made a national name for herself as an advocate for higher education reform and consumer protection.

The Boston Globe named Warren “Bostonian of the Year” in the aftermath of the 2008 financial crisis, and Time magazine called her a “New Sheriff of Wall Street” in 2010, citing her financial expertise.

Warren garnered attention recently over her sharp criticism of ethical concerns regarding the Trump family in the White House and Secretary of Education Betsy DeVos during her confirmation hearing.

Warren is a graduate of the University of Houston and Rutgers School of Law. She was also a professor at Harvard Law School for more than 30 years. She lives in Cambridge with her husband.