U.S. strikes back at Assad for use of chemical weapons 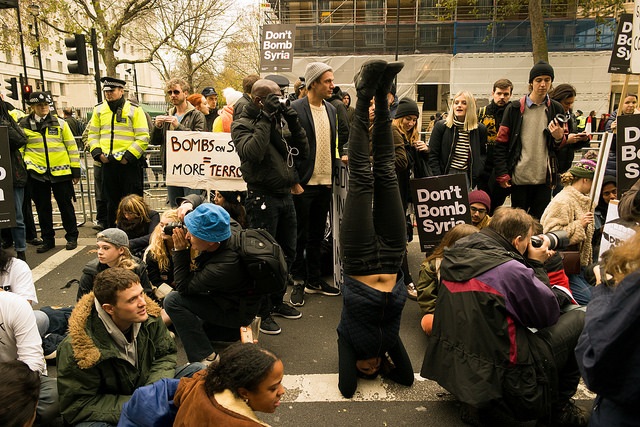 The strike comes as a direct response to the Assad regime’s chemical weapons attack earlier in the week, which killed at least 86 Syrian civilians according to ABC News.

ABC also reports that it is likely that sarin gas was the chemical agent used in the attack.

In a statement last Thursday, President Donald Trump called the attack a “horrible chemical weapons attack on innocent civilians,” according to CNBC.

After two days of proliferation, the U.S. government decided to take action. The missile strike appears to be a warning shot, as the Trump administration claimed that attacks against the Syrian government are “done until another decision is made,” according to The Spectator Index’s Twitter account.

This attack marks a decisive policy change for President Trump, who disavowed military action in Syria in 2013, claiming, “We should stay the hell out of Syria” on Twitter.

Controversially, the president did not seek congressional approval before carrying out the attack. Senator Chuck Schumer (D-NY) released a statement after the attacks, claiming it is “incumbent on the Trump administration to come up with a strategy and consult with Congress before implementing it.”

Schumer went on to praise the “professionalism and skill of our Armed Forces who took action today,” according to CBS News.

This attack could be just the beginning of a complicated foreign policy in Syria for the Trump administration. In addition to potentially invoking a reprisal from the Assad regime, it also puts Russia and the United States squarely at odds in Syria.

Russia’s military presence in Syria complicates this conflict, as it could lead to large-scale escalation.

The Washington Post reports that Russian troops are “intermingled” with Syrian forces, so any strike against the Syrian government could result in Russian military casualties. If this were to occur, it is unclear how Russian President Vladimir Putin and the Russian government would respond.

However, according to one U.S. official, the Trump administration notified Russia before conducting the tomahawk missile strike, according to CNBC.

This situation is still in development, and it remains to be seen if President Assad will retaliate, and how this attack will affect relations between Russia and the U.S.