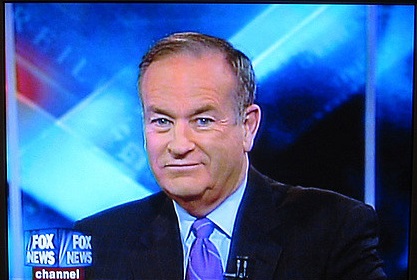 When the news broke that Bill O’Reilly was accused of sexual harassment for the second time, I was not shocked. In fact, I was almost indifferent. My callousness is what spurred my thinking.

Over the years, my cynicism and detachedness were fueled by sexual assault and harassment scandals being the norm. As a college student, I hear frequent stories of harassment and abuse. I’m subjected to harassment myself.

How is it that time and time again, that people like O’Reilly and our own president, and seemingly everyone else, get away with sexually harassing and assaulting women?

My first conclusion, a rather obvious one, is the power dynamic in our culture.

O’Reilly was trying to satisfy his grimy needs in a socially unacceptable manner, and the fact that he can do this and get away with it multiple times says a lot about who our society values and who holds the most power.

This power is displayed in the form of The O’Reilly Factor’s viewership. Amidst the scandal, and multiple advertisers pulling the plug on The Factor, viewership of the program went up.

My second conclusion is that despite how much progress we have made, women’s voices are still not taken seriously — especially in the context of sexual harassment and sexual assault.

Time and time again, we see politicians, celebrities and other high-profile figures accused of sexual assault.

Yet, the victims pay the price in the court of public opinion. One confession by one woman is never enough to label someone a predator.

It took multiple women to accuse Bill O’Reilly of sexual harassment before being formally investigated.

It took over 50 women to come forward before Bill Cosby was widely considered a rapist.

These instances, unfortunately, are commonplace. The harassment and assault, but also our culture’s failure to take women’s, and victims’, voices seriously. One person coming forward should be enough, but in this current cultural climate, it’s not.

The more often I see headlines about sexual harassment and assault, especially by those in power, the more cynical I get. Deep down, we know the predator is going to get off easy, while the victim has to live with their wounds.

Yes, I’m pessimistic about the future sometimes, but that does not negate the fact that there is still a problem in our culture.

But what gets me, is that some of us see the problem, while others fail to acknowledge its existence.