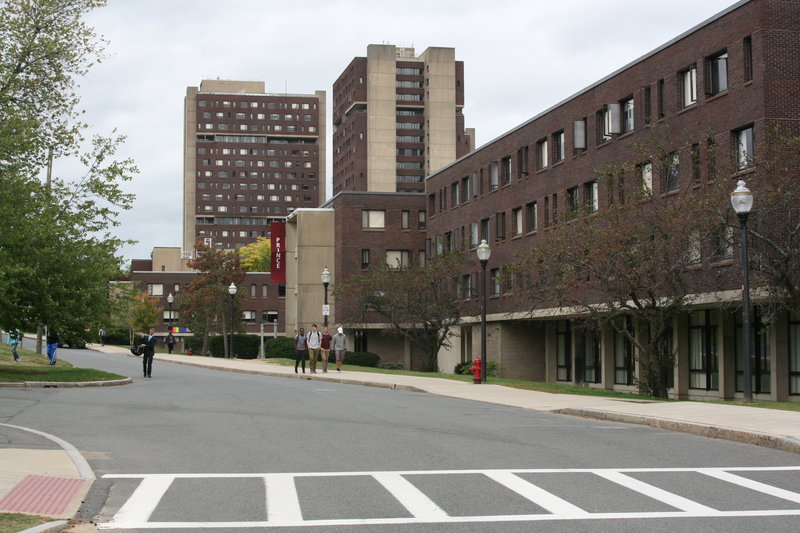 AMHERST — A Hadley man was arraigned in Eastern Hampshire District Court on Wednesday after allegedly making a bomb threat against a University of Massachusetts Amherst student and the campus, according to UMass Police.

Abdul F. Ismail, 27, was arraigned on charges of making a bomb threat and threatening to commit a crime, according to the Mary Carey, spokesperson for the Northwestern District Attorney’s Office. Ismail was ordered held without bail pending a dangerousness hearing April 18.

Ismail, who is not a student or employee of the university, was visiting a student living in Coolidge Hall on Tuesday evening. The suspect was arrested Wednesday morning at his home by UMass and Hadley Police after an investigation of verbal threats made by Ismail to a UMass student, according to Carey.

“Upon hearing the threatening comments, the student escorted Ismael from the building and promptly contacted authorities,” said Carey in the statement.

Campus police responded to the scene around 11:20 p.m., at which time it was decided there was no danger to anyone in the area.

“There is no indication that anyone in or near the building was in any actual danger of being harmed,” the alert said.

The university did not issue a shelter-in-place order. The residents of the Coolidge Hall were notified of the incident at the same time as the rest of the campus community, via an email alert at 4:15 p.m. Wednesday.

Adara North, a UMass student living in Coolidge Hall, said she was unaware of the incident until the alert was sent out the following afternoon. During the reported time of the incident, North was awake in her room. North said the fact that she was not made aware of the situation until the next day was “a little unnerving.”

“I wish they’d notified residents here via email a bit earlier,” North said. “I understand not wanting to cause a panic, especially if it was unsubstantiated, but if something had happened without alarming or letting us know I wonder how that would’ve panned out.”

North says she feels it is unsettling to not have known about a potentially dangerous situation for any period of time after it happens, especially if it takes a different turn.

“There are always ‘what if’s’ in situations like this,” North said.

Ismail was immediately “trespassed” from the university for two years, meaning he cannot visit campus for the duration of the two years, according to UMass Police. The incident is under investigation.