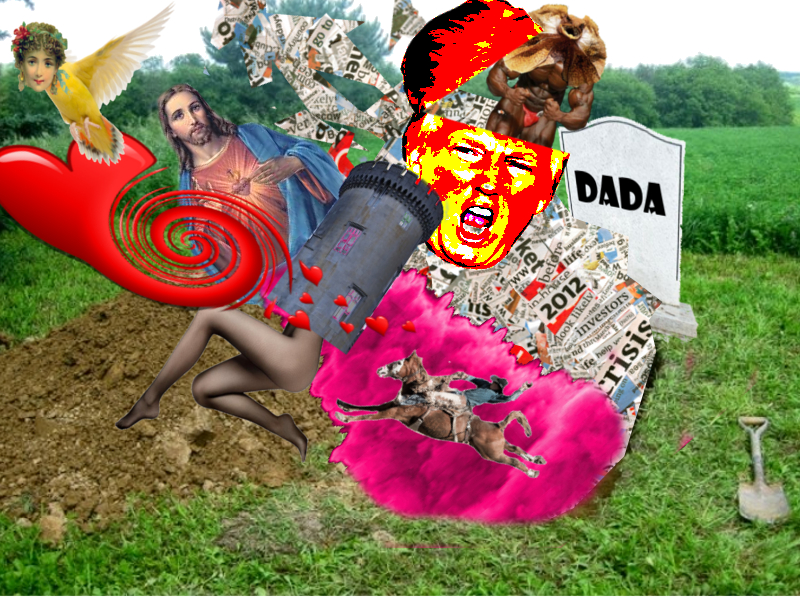 AMHERST — In the age of fake news, University of Massachusetts Amherst student Adam Smith is launching his own reality-bending print publication on campus after going on a  journey across America.

Smith, a junior math major at UMass, and a handful of other writers are putting their own take on reality out for public consumption. The twist to this publication, The Surreal Times, is one rooted in the philosophy of Dadaism and the early days of World War I, focusing on the nonsensical, the subconscious and the surreal.

The philosophy of Dadaism was a reaction to the madness of World War I.

“It was such a grotesque world that it couldn’t be made sense of,” Smith said of the early 20th century. “[Dadaism] became a mockery of art through a senseless conflation of ideas and harnessing of the subconscious.”

In short, Dadaism is an anti-philosophy — something that protests political happenings by not having sensical meanings at all. Smith said the current chaotic state of the modern world inspired him to bring this philosophy back through writing online.

The publication started online last October but is launching its first print edition this week on campus. Articles range from ‘religious’ ramblings resembling sermons to surrealist poetry to fake stories like remote-controlled dragonflies.

“There’s so much insanity and confusion in this world it feels like we are drowning in it and there’s no way to make sense of it,” Smith said. “The most sane people around with their heads on straight are the ones who keep their heads buried in the sand.”

The Dadaism movement spread itself into nonsensical poetry, chaotic and messy collages and other forms of media like sculpture. The philosophy is utterly meaningless on purpose, and as a result faded out.

Smith pointed out that there is a battle over truth and reality in today’s media. For The Surreal Times, however, this presents the perfect opportunity for creative expression.

“Everything tells a story,” Smith said, “Whether it’s a journal entry or a piece of journalism whose purpose was to tell things as they were. The items that surface in the imagination of a kid or anyone, they do say something about the times.”

“We need to loosen up the way we tell news,” said Smith, “The way we do politics, and focusing on our ideas and our individual paths rather than shoving things down each other’s throats.”

Smith was able to inform his wild writing from real experiences he encountered on a multi-state journey this summer, crossing paths with a variety of people. Smith used his encounters with strangers in unfamiliar communities to inspire his writing in The Surreal Times.

“I stumbled upon some different communities,” said Smith, “Some are borderline cultish, some are puritan religious, some are non-religious — I’ve stumbled across different people along the way.”

Essential to Smith’s journey was his approach of “going to these places as someone with open eyes or looking for something.” One especially impactful encounter Smith described was with a homeless man up in Fairbanks, Alaska.

“I met him because I was trying to open a can of tuna on the ground and he made a joke about me and I took it,” Smith said. “He took the tuna can and scraped it on the ground and in a few moments the can was open and I wound up taking the guy to lunch.”

The man told Smith that he had come from Florida. When Smith asked him how he had got all the way to Fairbanks, the man said “Jesus.”

“He said that he’d been graced by a hundred miracles, and meeting me was his 101st miracle,” said Smith. “He turned out to be a real interesting guy, not exactly sane by the world’s standards. I saw good in crazy. He had the biggest heart I’ve ever seen in a man.”

Again, Smith’s willingness to listen and not judge allowed him to expand his philosophical collection.

“These people will notice and tell you about their way of life,” Smith said. “I was amazed this summer at how much people had to say about their philosophy of life.”

Like the chaotic and violent world of the early 20th century, the modern political climate continues to foster uncertainty. Dadaism was born from this chaos but didn’t last much longer after the war.

“Dadaism was self-destructive ultimately,” says Smith. “Everyone involved with Dadaism either killed themselves or retreated into isolation because that’s the philosophy.”