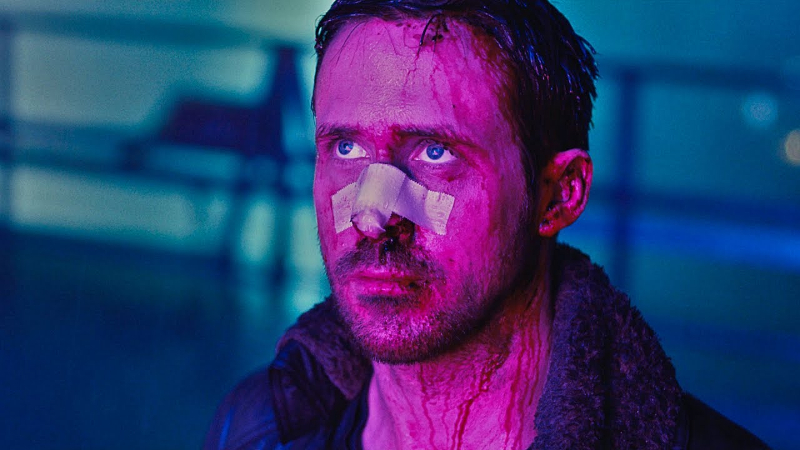 Photo from Den of Geek.

“Blade Runner 2049,” the sequel to 1982’s “Blade Runner” by Ridley Scott, hit theaters this month, and it is much more than another run-of-the-mill science-fiction film. It is a breathtaking experience that you shouldn’t miss.

Before going, I was somewhat nervous. I had considered the original film that starred Harrison Ford a masterpiece, and I have been annoyed with all of the recent low-quality Hollywood reboots and cash-grabbing sequels, such as “A-Team,” “Suicide Squad” and “Ben Hur” coming out in the past few years. But “Blade Runner 2049” left me pleasantly surprised, both with its dedication to the original film’s vision, fantastic cinematography, score, acting and its ability to stand on its own as a thoughtful and truly soulful film.

In Ridley Scott’s Blade Runner universe, Earth in the not-so-distant future is a polluted, over-populated urban wasteland with high technology but a low quality of life for its occupants. Humanity is reliant on slavery of specially engineered human-like beings for services like warfare, massive construction, mining what is left of Earth’s last resources, sex work, secretarial duties and everything in between. These beings are called replicants. In many ways, they are superior to humans; they are engineered to be faster, smarter and stronger to suit the often dangerous and demanding environments in which they operate. Needless to say, when they go rogue, they pose a danger to the status quo. It is up to specialized police, called Blade Runners, to hunt down and kill them when this happens. The original film featured Harrison Ford as Rick Deckard, an alcoholic, retired Blade Runner forced back into his bloody trade to hunt down a group of dangerous ex-military replicants looking to expand their hyper-short lifespans.

“Blade Runner 2049” picks up 30 years after the events of the original film. Ryan Gosling plays Officer K, a replicant who is also a Blade Runner. Things change for K after he makes a disturbing discovery during one of his hunts, one that forces him to question his own past and existence, and threatens to destabilize the broken world he occupies. Themes brought from the original film such as identity, love, sexuality, mortality and memory play important roles. But, 2049 brings its own themes of family, subservience and loneliness to the table, creating an even more intimate experience than its predecessor.

The film is far from a flashy, frenetic action piece like “Star Wars.” When there is violence, it is not stylish, but swift, jarring and brutal. The action takes a backseat to the main question: What makes us human? With this introspective theme, the film is slow-paced. The film creates a very believable, yet unreal world that gently, yet immediately swallows and immerses the viewer. It is the masterful use of cinematography that perfectly presents the film’s main themes.

Director Denis Villeneuve (“Sicario,” “Arrival”), along with cinematographer Roger Deakins (“Sicario,” “True Grit,” “Skyfall”) and composer Hans Zimmer (“Interstellar”), creates an audio-visual sci-fi masterpiece. Massive sweeping set pieces accompanied by powerful synths, orchestral rises and even Tibetan monk throat singing turn the film into a sort of meditative experience. Yet the visuals do not distract from the story as it deepens, twists and turns on itself. Each shot is almost perfectly composed and framed as if painted by an old master. Visuals of endless mega cities hidden beneath a haze of industrial smog and acid rain or the ruins of an irradiated Las Vegas dwarf the characters and the viewer. Intimate close-ups of characters put us right in the deepest moments as they interact.

This film is not the best choice for a simple, thoughtless afternoon at the movies. With a run time of two hours and 45 minutes, “Blade Runner 2049” demands your attention, but rewards you with a truly stunning, thoughtful and beautiful experience that is best seen on the big screen.