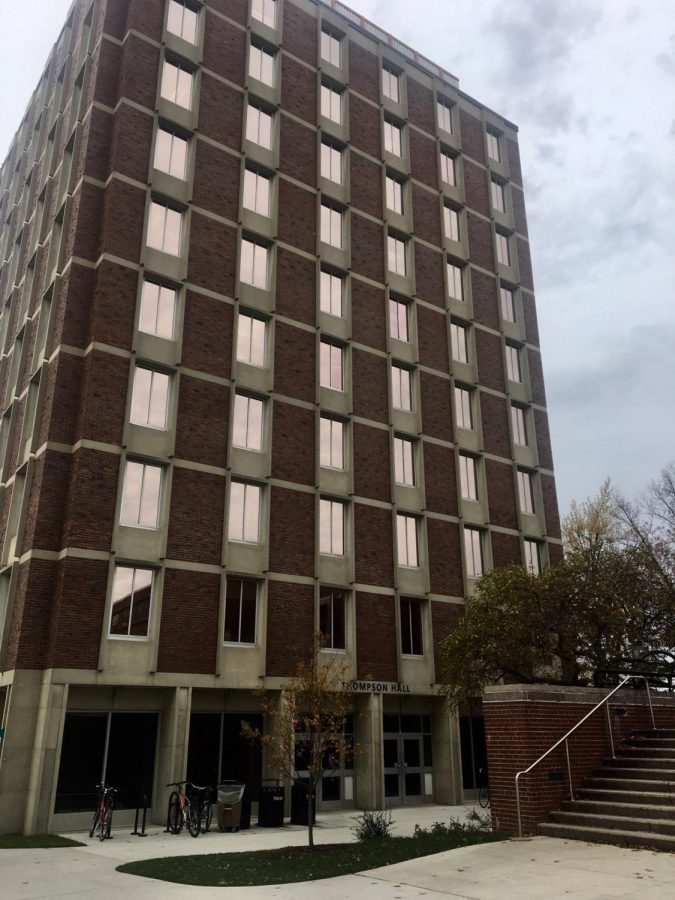 The College of Social and Behavioral Sciences, housed in Thompson Hall, would be impacted by the proposal to get rid of the Global Education requirement, should it pass (Abigail Desvergnes/Amherst Wire).

AMHERST — The University of Massachusetts Amherst Faculty Senate is in the works of proposing a plan to end the Global Education requirement for incoming freshman within the College of Social and Behavioral Sciences.

The proposal would also allow specific departments within SBS, such as journalism and political science, to determine their own Global Education requirements.

The proposal was presented in a Committee of the Whole discussion at a Faculty Senate meeting on Oct.12. Students and administrators were left divided, weighing in on the pros and cons of the proposal.

Last spring, the Faculty Senate discussed ending the Global Education requirement for majors within SBS, but the controversial decision needed further discussion, which is why it wasn’t until Oct. 12 that the proposal was presented.

Teachers within the foreign language department expressed their concerns about ending the requirement. Justine Maloberti, a French instructor and current UMass graduate student said the new proposal could “lead students to not want to take on a foreign language.”

“Students within SBS need to be able to communicate with all sorts of people from all over the world,” Maloberti said. She believes that students within SBS should be required to take foreign language classes.

Without the requirement, students could be denied a learning experience that they may not have had access to before coming to college, Maloberti said.

“We as a society should be able to build each other up,” she said. “As a university in the United States trying to set an example for the rest of the world. We should be making sure that our students have all the opportunities they need to succeed.”

French instructor Amena Moinfar believes that SBS students are expected to be global citizens and without a foreign language requirement, it would be nearly impossible for students to achieve that title.

“I think a requirement in a foreign language is better than depriving a student from a language,” Moinfar said. “To be a global citizen, you can’t just know one language.”

Moinfar grew up in the countryside right outside of Paris, France. She learned to speak English during middle school and fell in love with the way that learning a new language allowed her to step outside of her comfort zone.

“Today, kids in France are now learning English at the primary school level. I don’t know anyone in France who is raising a child questioning the fact that their kids have to learn another language,” Moinfar said. “It’s like saying you don’t need to learn math.”

Both Moinfar and Maloberti love teaching their foreign language classes and are concerned about the unknown possibilities they will face if the requirement is eliminated.

MJ Peterson, secretary of the Faculty Senate and professor of political science, is aware of such concerns, as she continues to discuss the pros and cons of the proposal with her colleagues.

“My job is to manage the deliberation process so that when it’s time to vote, we know that it was thought through and has broad support, because without support, it will be difficult to put in place,” Peterson said.

According to Peterson, the proposal was originally planned to be up for vote at the Nov. 16 Faculty Senate meeting, but was postponed to the Dec. 14 meeting for further deliberation.

Rachel Ellis is a freshman political science major and senator for the Student Government Association. She believes that the Global Education requirement should be optional.

“The current SBS requirement costs students more than it benefits them,” Ellis said.

Ellis said the requirement can cause students to receive poor grades, become stressed and could even cause prevent students from graduating on time.

At the October Faculty Senate meeting, Ellis said that the overall reaction to the proposal was “extremely divisive.”

Ilina Shah, a sophomore who is double majoring in statistics and political science and is a student senator for the SGA, said there should be some sort of language requirement but thinks the current system should be changed.

According to Shah, the problem is finding the correct and proper way of implementing a foreign language requirement. However, she said students within SBS, “cannot be made to shoulder the funding of another department.”

“To me, it is important not that SBS students fund another department, but that they have full access to courses which broaden their perspectives and expose them to diverse cultures which the foreign language department provides.”

The next Faculty Senate meeting is Nov. 16 and will be open to the public. According to the Faculty Senate web page, all meetings are held in room 227 of Herter Hall at 3:30 p.m.