“Runaways: The Musical” leaves an impression at UMass 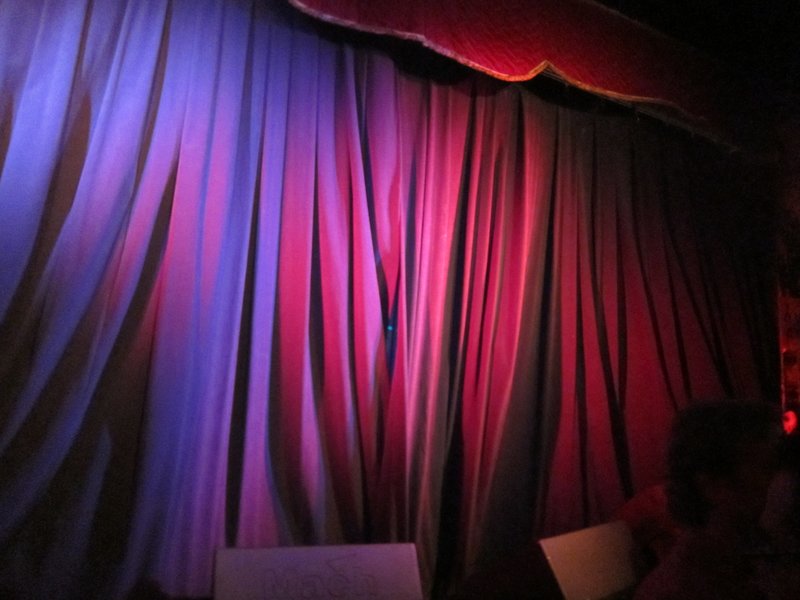 AMHERST — After a hiatus from the stage, Marhadoo Jones’ eye was caught by a flyer calling for a diverse set of actors to audition for “Runaways: The Musical.” The senior theater and communications major had to audition.

Produced by the University of Massachusetts Amherst Department of Theater, “Runaways” explores the lives of a multicultural group of runaway youths and the difficulties they endure through their homelessness.

“I looked at the show and I was like ‘oh this interesting’, and this is something where you’re talking about a marginalized community of people, that are still people but are not being revered as such,” Jones said. “I think that’s important to tell those stories, and use theater to tell those stories.”

In the 1970s, Elizabeth Swados wrote, composed and directed “Runaways,” which follows children who ran away from home for a life of the streets.

Swados developed the show’s characters by interviewing real kids living on the streets of New York City. Some of the real-life runaways ended up snagging roles.

“Runaways” tells the stories of its characters through a collection of monologues and musical numbers. Swados captured the energy of the multiracial cast by compiling different musical styles within the performance.

“They’ve been through all these hardships that you wouldn’t even experience as an adult sometimes, and then they’re just kids,” Jones said. “So, the way these stories are being told is outlandish and crazy in a way, because it’s innocence, but some of the stuff they talk about is really serious. It’s a very insightful show I think.”

Lou Moreno, UMass’ director for “Runaways,” divided the script out by certain messages delivered by each actor, instead of assigning roles.

“You’re telling so many different stories and you’re just using your one body to tell all these different stories. I think it was important for him to see diversity in acting and in what you could do with your voice,” Jones said. “So, I think that was something he paid attention to when he was giving out roles. Or giving out monologues, I’d say.”

The process Moreno used to delegate material provided the actors an opportunity to develop their characters.

“I think that was the most important thing that our director wanted to give across — which is why he didn’t assign roles — was that you can never tell who is homeless or not,” Jones said. “There were actually people in the cast that were homeless at some point, so it hit home for them, and a lot of the sexual assault issues as well hit home for a lot of people.”

Before getting into the script of “Runaways,” Moreno led the cast through character development sessions where the actors created names for their parts.

“It was a workshop kind of thing that he did with the actors to get them more comfortable with discussing this layer of homelessness, because a lot of us are blessed enough to be here at this university and not be homeless,” Jones said. “Within that, is where I think a lot of people found their characters.”

And a lot was found under the surface of those characters.

For Jones, she decided her character was “a sensitive person who’s been on the streets for a very long time.”

Jones imagines that her character was led to the streets following a traumatic experience. “She just hustles hard and grinds for any way she can. I do have a drug monologue so I think I’m a pusher.”

For those looking to experience an intense and heartfelt musical, this is it.

“I think it takes you away from everything you are living in presently right now at school, or in your day-to-day nine-to-five,” Jones said. “I think people will really gravitate toward the story and just fall in love with it.”

“Runaways” runs Nov. 1 through Nov. 11 in the Rand Theater at the UMass Fine Arts Center. The content in the production, according to the College of Humanities and Fine Arts website, is recommended for ages 14 and up. Tickets are $15 for general admission and $5 for students and seniors.