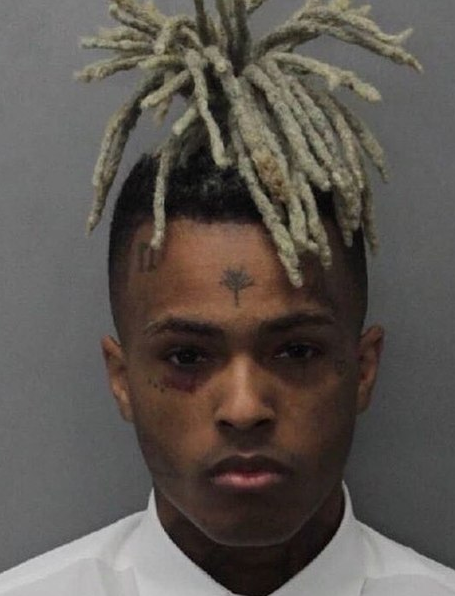 It’s been another wild week in the world of entertainment with many highs and lows. With so much going on in music, movies and television on a day to day basis, it’s easy to miss a few things. That’s why we’re here. Here are the Amherst Wire Entertainment staff picks for winners and losers of the week:

Winner: Lin-Manuel Miranda and Ben Platt: “Found/Tonight” at March for Our Lives

Here’s a peek at the music video for #FoundTonight with myself and Lin-Manuel Miranda. The full video is on YouTube- link to song in bio! Keep listening/downloading! #marchforourlives #guncontrolnow

On March 19, the stars of “Hamilton” and “Dear Evan Hansen” released the song “Found/Tonight,” a mashup of the songs “You Will Be Found” and “The Story of Tonight” from the widely successful shows. The song was performed at March for Our Lives in Washington, D.C. on March 24, quickly taking No. 1 on the Digital Song Sales Chart with over 2.1 million streams. A portion of the proceeds will go to March For Our Lives. With two Tony-Award winning shows under their belt, it is perfect that these two would collaborate on a song, using two very emotional songs from the shows.

There seems to be trouble in paradise again with Selena Gomez and Justin Bieber as they are newly broken up as just of last week. Selena Gomez made a fashion statement as she wore a yellow t-shirt that said, “Never underestimate the power of a woman.” Her most recent one said, “choose empathy.” This comes after Bieber was seen on a “church date” with Baskin Champion. Gomez and Bieber were rumored to be on a break last week, but it now seems to be a break “up.”

The South Florida rapper started his week on top with his album “?” debuting at No. 1 on the billboard 200. On the album, XXXTENTACION shows a variety of music styles from moody emo ballads to boom-bappy New York-style hip-hop. While you might not like him, you can’t deny his talent.

And then, the video came out.

Just when it was starting to look like we were going to get a break from the controversy and get a second to focus on the artistry, admirers of XXXTENTACION’s music were once again reminded of his dark past. It’s already hard enough to listen to his album without thinking of the heinous acts he’s awaiting trial for, but even harder to ignore now that there’s footage of him committing domestic violence making its way around the web. While I would never tell you to stop listening to XXXTENTACION’s music, I wouldn’t blame you if you did.

Louis Vuitton announced via Instagram on Monday that Virgil Abloh, the founder and CEO of Off White, would assume the position as Louis Vuitton’s new Men’s Artistic Director. Off White’s stronghold on the streetwear world commanded the attention of Louis Vuitton’s staff enough to appoint a more urban-centered designer to a powerful role in high fashion. This is also a win for diversity in the fashion world as Abloh is Louis Vuitton’s first African American designer, making this announcement all the more impactful.

can’t believe that didn’t work out for dmx pic.twitter.com/QLuFB99yIO

The Rough Rider Overlord is in trouble with the law, though no skulls were smashed in the charge against DMX. X went white collar on us with a year sentence reported by Complex for tax evasion totaling $1.7 million. The original penalty stacked up to a possible 44 years, which was demolished to one in prison and three of supervised release. DMX should have his rough rider membership card revoked after this one.

Even if you don’t know his music that well, you’ll recognize the Memphis rapper’s stage name in a heartbeat. BlocBoy has appeared on a number of hit singles over the past few weeks following his viral success with the song “Rover.” It’s impossible to have gone on any social media without seeing BlocBoy JB and Drake’s hit single “Look Alive” somewhere. Recently, BlocBoy has been greatly increasing his clout, hopping on tracks with 21 Savage in “Rover 2.0” and A$AP Rocky on “Bad Company.” Regardless of what you think of the guy, you have to admit that the potential XXL Freshman has been on a tear.

On Wednesday night, Brooklyn-bred rapper Fabolous was arrested for allegedly assaulting his on-and-off girlfriend, Emily Bustamante. As reported by TMZ, Bustamante called the police after Fab struck her at their home in Englewood, NJ. Fab eventually turned himself in, but did not spend time in jail. Rather he was cited for the incident and assigned a date to appear in court.

Yes, I am awake at 3:52am reading Donald Glover's mock script for his cancelled Deadpool animated series. Don't judge me.

Maybe it wasn’t a true win. After all, the Deadpool script that never was, well, never was. But something must be said about the lines “(tearing up) and I guess that place is Freeform,” and “If this was Last Week Tonight people woulda laughed. (Thinks better of it) Woulda clapped.” Personally, I don’t love Ryan Reynolds. I don’t love Deadpool. I don’t even really like superhero movies — but this script made me laugh and maybe that’s why.

Yes — Nickelodeon and Dan Schneider have, in fact, severed their professional ties. If you don’t know what that means, (Maybe you were into Disney Channel? Sad.), the creator of classics such as “All That,” “The Amanda Show,” “Drake and Josh,” “Zoey 101” and “iCarly” will no longer be collaborating with the network after the conclusion of the current kid’s hit “Henry Danger” amid abuse allegations. Nobody is winning here.