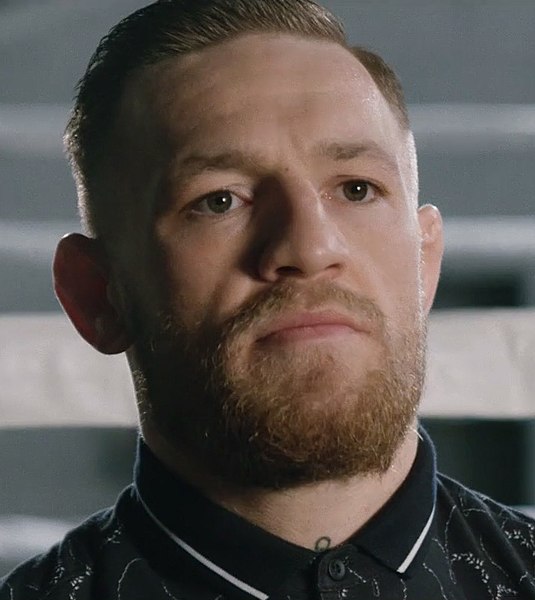 This is the second installment of “Entertainment winners and losers of the week,” covering April 1-6.

It’s been another wild week in the world of entertainment with many highs and lows. With so much going on in music, movies and television on a day to day basis, it’s easy to miss a few things. That’s why we’re here. Here are the Amherst Wire Entertainment staff picks for winners and losers of the week:

On Easter Sunday, it seemed like the whole city of Atlanta celebrated the head Migos’ birthday in spectacular fashion with Huncho Day. The event held at Berkmar High School, Quavo’s alma mater, featured a celebrity touch football game comprised of some of the biggest names in football and hip-hop, including fellow Atlanta rapper 21 Savage and Denver Broncos linebacker Von Miller. While team Huncho lost the celebrity game to team Julio Jones, Quavo wins this week based on clout alone. When you have the ROLEX WEARING, DIAMOND RING WEARING, professional wrestling icon Ric Flair himself, “WOO!” at your birthday party, you’ve reached maximum cloutitude.

Funk Flex has got too much time on his hands. In a series of tweets on April 2, the Hot 97 hip-hop personality attempted to reignite the beef between Travis Scott and A$AP Rocky, claiming the former stole the latter’s swag. While the two braided MCs have been mistaken for each other in the past, Flex still comes off as a hip-hop oldie trying to spark a beef from basically nothing.

I’m tired of rappers talking from computers!!!! @travisscott YOU WANT THIS BAR FOR BAR SMOKE OR YOU SCARED? My money is on @asaprocky ???? #BarsStillMatter UPDATED! I see nobody wants to bet????

While I’m definitely all for rap beef, this just comes off as media contrived. There’s nothing wrong with a little barbershop talk comparing artists, but to @ Travis, an artist that isn’t necessarily known for his lyricism, asking if he wants “bar for bar smoke” is just corny. This isn’t beef, it’s just a waste of time.

Adam Sandler might finally shake his bad movie streak. After surprising critics with a “poignant” performance in Noah Baumbach’s “The Meyerowitz Stories,” Sandler has been set to star in yet another potentially career-fixing film. Not much is known about “Uncut Gems” yet. However, it will be directed by John and Benny Safdie — the duo behind the 2017 neon-grit thriller “Good Time.” It will also be for A24, the company behind “Lady Bird,” “Moonlight” and “Room,” just to name a few. Also, Martin Scorsese is an executive producer. No big deal.

No, I didn’t actually read his book. I would never — I don’t have the time or desire. Regardless, if you take a look at this Vulture article, you’ll probably feel the same way. These quotes read like a pretentious college student who won’t stop talking in Philosophy 100 even though the class ended two minutes ago and everyone left. I’ve also never taken a philosophy class. Picking a loser is hard. But, in the words of Sean Penn: “Tweet me, b****. I dare you.”

Swae Lee of the rap duo Rae Sremmurd excited the hip-hop world on Tuesday with the announcement of SremmLife 3 in the coming days. Lee then released a single, “Chanel” featuring Pharrell. The international rap mogul’s feature and SremmLife2’s Billboard credibility promise a top-quality collection primed to hit the airwaves on Friday.

King of Dublin and unofficial psychopath made headlines Thursday after a wild incident involving McGregor hurling a crate dolly at a bus full of fighters at the Barclays Center in Brooklyn, New York. According to Fanside.com, McGregor was after Khabib Nurmagomedov following a skirmish with the Irishman’s teammate, Artem Lobov. Ultimate Fighting Championship President Dana White shared comments with ESPN’s Brett Okamoto saying, “I’m pretty disgusted with Conor McGregor right now … I don’t know if he’s on drugs or what his deal is … you’re talking about a guy that has a baby.” A warrant for McGregor’s arrest is out so we’ll see what transpires in the near future for the troubled UFC megastar.

The hit superhero movie broke yet another record this week as the first movie shown in Saudi Arabia in 35 years. Movie theaters in Saudi Arabia were banned in 1980 after the country adopted ultra-conservative religious standards in 1979. The film is also nearing another record as it is extremely close to breaking Titanic’s 21-year box office gross. It has currently made $654.2 million at the box office and only needs $5 million to catch up, which could easily be done this weekend.

Another week of trouble in paradise as Channing Tatum and Jenna Dewan announced Monday that they would be getting a divorce after nine years of marriage and the birth of their child, Everly. Despite circulating rumors as to why the split might have occurred, both parties have shut down the rumors and refused to comment any further. For now, this is all we have: “We have lovingly chosen to separate as a couple. We fell deeply in love so many years ago and have had a magical journey together,” said Tatum and Dewan in a joint statement. “Absolutely nothing has changed about how much we love one another, but love is a beautiful adventure that is taking us on different paths for now … We are still a family and will always be loving dedicated parents to Everly.”

*hears about Channing Tatum and Jenna Dewan Tatum getting a divorce*

me: love was never real pic.twitter.com/ugEMKZ4ICq

How’s this for a heartwarming story: after disavowing jewelry to help kids better understand fiscal responsibility, and receiving a co-sign from Ellen DeGeneres for donating $21,000 to the Get Schooled Initiative, Atlanta-bred rapper 21 Savage continues down the road of becoming a wholesome king. 21 is easily one of the most menacing figures in hip-hop right now. After all, he was not messing around at the University of Massachusetts Blarney concert when he said, “Quit throwing s*** on the stage … you throw fidget spinners, we throw bullets.” It’s expected of him, but 21 has been on a moral journey of some sort. In addition to his generous donations, 21 visited a family mourning the death of a 3-year-old boy. The child’s uncle was someone 21 had grown up with. 21 Savage offered to help in any way he could and the rapper is making great strides to become a positive role model for the youth.

Honestly, I thought it would be a while until we heard about Blac Chyna again. She was the hot topic following her rather sudden break-up from Rob Kardashian, and the social media world was all over it. She made headlines yet again this year for a … well … um … video that surfaced. If publicity is the thing Chyna is seeking, she’s certainly found it now after a video surfaced of her arguing with park-goers at Six Flags. In the video, she violently swings a stroller at hecklers until her boyfriend intervenes. The incident, as hilarious as it seems, has already cost Chyna a number of endorsements and ironically enough, includes the one with the stroller she was repping in the first place. Her “behavioral issues” were cited as the main reason for the departure, and given how this year is going, this probably won’t be the last time we see her. Until next time, Chyna.