Top 5: Most iconic fashion in films 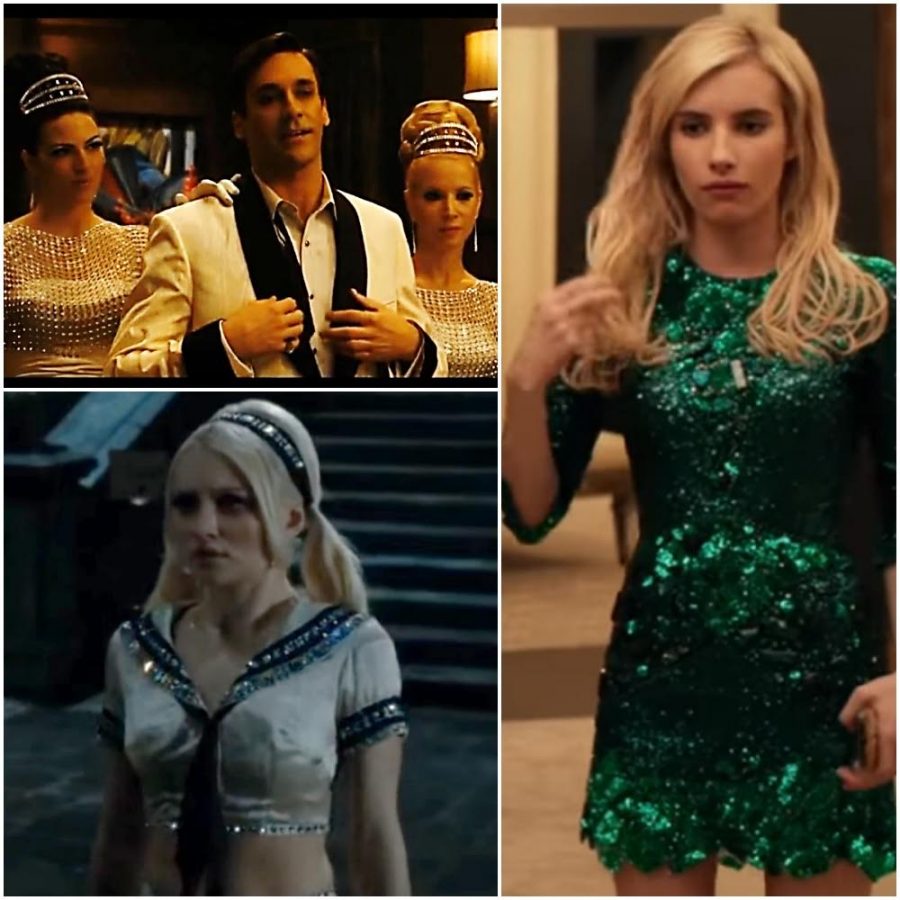 The best movies transport the audience. To suck us into a story, films must have outfits that are not only appealing, but that also provide strong visual support for the context of the story. Characters dress to display who they are. Fashion is a form of self-expression, and a way to show off your personality or current mood to the world. Outfits give the audience an idea of a character (or group’s) attitude, the time frame of the film, and make the story more believable by painting each scene and creating satisfying visual cohesiveness. Occasionally, the fashion and style of the film will end up becoming more important than the plot of itself. Here are 5 movies that (arguably) prioritize visual appeal and fashion over plot:

This is a movie you could watch solely for the fashion. Elle Woods (Reese Witherspoon) is a 21-year-old college senior majoring in Fashion Merchandising who surprises everyone with her Harvard Law acceptance. Elle, having been dumped by her boyfriend, wants to become the best lawyer ever to show the world “how valuable Elle Woods can be.”

Elle consistently wears stylish outfits, such as a traditional pink business suit, a pink and blue striped shirt with a matching beret and stud earrings, a sparkly blue tank with a collar heart necklace, and even, at one point, a sophisticated black dress paired with white pearls, black tights and cherry-red lipstick. Witherspoon, who was 25 when this movie was made, looks adorable in every scene.  She rocks her shiny blonde hair and enviable petite figure, and even carries around (and matches outfits with) her cute little chihuahua. Although the story is predictable and formulaic at times, and the fashion was more memorable to me than the plot, Legally Blonde is a decent movie to watch for someone interested in law school, or anyone looking for ways to show up their ex-boyfriend!

Lindsay Lohan plays Mary Elizabeth “Lola” Steppe, a 15-year-old who desperately wants to be a famous Broadway actress. Lola is selected to play the lead, Eliza, in her school play “Eliza Rocks,” a modernized version of the musical “Pygmalion.” Lola ends up becoming rivals with a mean girl, Carla Santini (Megan Fox), but Lola’s not going to let Carla interfere with her new goal to become the most popular girl in school.

In Lohan’s music video “That Girl” (Drama Queen), Lola looks gorgeous in all frames, and my favorite is her low-cut red halter dress, which she combines with a glam high ponytail, wisps of her side bangs, and dangly layered earrings. I was mesmerized by this movie back when I saw it as an 8-year old and I loved all of Lohan’s poses on the film poster. Stu Wolff, the male main character, was pretty cute, too. The movie itself is disposable pre-teen fluff, but it had some great early 2000’s fashion choices, and some are shown in this video:

Jennifer Garner is adorable in this fun chick-flick about a girl, Jenna Rink, who makes a wish on her 13th birthday and wakes up the next morning as an attractive, thriving 30-year-old woman who lives in a ritzy apartment and works for her favorite fashion magazine, Poise. It’s a romance coming-of-age film about a girl who discovers that adulthood is not as glamorous as it seems, and learns first-hand to be careful what you wish for.

Jenna’s fashion choices evolve throughout the movie along with her mood. She starts by waking up in a nightgown (and throwing a white dotted long coat over it) when she runs away from her boyfriend freaked out about her body swap. She switches to plain clothing when she gets depressed, and eventually to wearing more flowy skirts and fun colors when she starts to rekindle the flames with her high school best friend Matt (Mark Ruffalo).

I love the scene where Jenna realizes she now owns a luxurious wardrobe and makeup collection, and experiments with her new adult body. The messy, pinned-back updo she puts together is admittedly a little zany, but I love her makeup and funky, bright multi-colored dress. Jenna was clearly stuck in her 80’s fashion mindset when she chose this number, and fittingly goes on to dance to Michael Jackson’s “thriller” in the next scene. The rest of the movie’s fashion is also more than worth watching. Some of Jenna’s other choices include a black party dress (with thin straps and lots of cleavage) for a night out, and a lavender halter gown with dangly earrings when she slow-dances with Matt, who’s not too shabby in his light blue dress shirt. With too much fun fashion to even write about, this is one flick to check out (or revisit) for some light entertainment and fashion inspiration.

Set in the 1960s, this action-thriller film tells the story of a young woman, Babydoll (Emily Browning) wrongfully locked in an insane asylum. To cope with the pain, Babydoll retreats to a fantasy world, envisioning a plan to escape with four other women also seeking freedom (including “Rocket” played by Jena Malone from Donnie Darko, and “Blondie” played by Vanessa Hudgens from High School Musical).

The film is a visually stunning masterpiece of dragons, zombies, planes, sword-fighting, guns, and dolled up girls. The film is disappointing in that it turned out to be merely a giant music-video game aimed at teenage boys. To be inclusive of guy fashion, I should mention that Jon Hamm plays the strikingly handsome High Roller/Doctor, and Blue (Oscar Issac), the antagonist that owns and operates the film’s brothel, wears handsome sharkskin suits, so there’s eye candy amongst both the guys and gals. I love that Emily Browning’s character, Babydoll, is supposed to be about 21 years of age, yet wears pigtails! Some would argue the hairstyle is too childish, but Babydoll embellishes all her outfits with sparkles and adds a headband to complement her ‘do, giving her a chic look. A sequined sailor suit, fake eyelashes, and heels sound ridiculous on paper, but wait until you check out how stunning Babydoll’s final ensemble really is. I honestly can’t stop re-watching this scene because I need this outfit!

In a sleek visual masterpiece, Vee (Emma Roberts) and Ian (Dave Franco) participate in a series of bizarre dares that eventually begin to take a sinister turn. “Nerve” is an online reality video game where people enlist online as players or pay to be watchers, and Vee and Ian successfully complete dare after dare and become internet sensations. Completing these dares unexpectedly comes with some dire consequences. The neon aesthetics and scenery in the film are breathtaking. The story somewhat resembles the Hunger Games, so if you liked that movie, then you’ll probably find this film entertaining as well. Vee is first dared to kiss a stranger, which turns out to be Franco, and together the two get dared to go to New York City together. Vee then gets dared to try on an expensive but beautiful sequin green dress. I won’t spoil the rest but check out the clip of bespectacled Emma below and see how fancy this dress really is. If I was playing the game, I absolutely would have wanted to try it on, too!