Why do people hate Russ?

The growing hip-hop artist has made an impressive number of enemies at this point in his career. 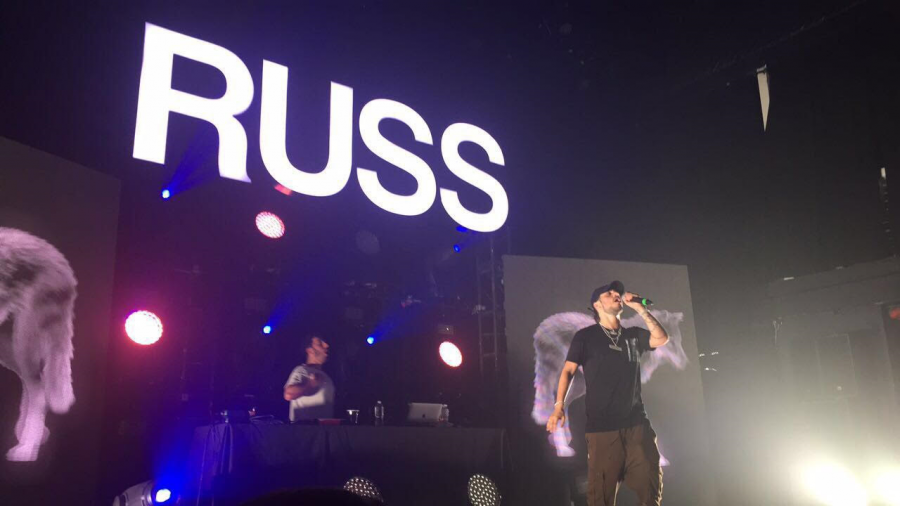 Back in fall 2017, Russ sported a custom-made shirt addressing the users of Xanax and lean as “f****** losers.” Fellow rappers and fans reacted with rage. His audience became polarized. In his tweets and lyrics, Russ speaks of using the same drugs he disavowed on his shirt. Many songs on his new album respond to those who attacked him last fall.

On top of this, critics attacked Russ for his lack of empathy and understanding regarding drug addiction. Russ attempted to ditch this reputation with his response to the recent overdose and death of Mac Miller.

“How can he hate on Lil Peep for drugs and then show sympathy for Mac?” questioned freshman nursing major Kyle Cardoso, who like many other students and fans, is not swayed by Russ’s pathetic attempts.

The rapper’s lack of empathy and his unpredictable reactions are not his only downfall — many dislike the rising star’s notoriously confident persona.

Conroy could find no word but “cocky” to describe her brief interaction with Russ.

Though Russ clearly has haters, his fan base continues to grow. “ZOO” is currently fourth on the Billboard 200 list. Most students asked about the controversy had no clue it even existed. They merely listen to Russ for his musical talent.

“Russ is a good producer, and I think that’s why many people are attracted to his music,” Cardoso said.

On top of just producing, Russ wrote, mixed, mastered and released singles for years leading up to his big break and continues to do so today. There is no questioning Russ’s dedication to the process or his love of music.

Many listeners — and the rapper himself — believe Russ’s product is genuine and unique. He does not hold back and openly discusses what’s on his mind or affecting his life. Whether this be good or bad, kind or offensive, is disputed by his audience.

Listen for yourself here: