It’s part of a larger project that started in 2016 aiming to connect the scattered dots of the Bay State’s artist network. 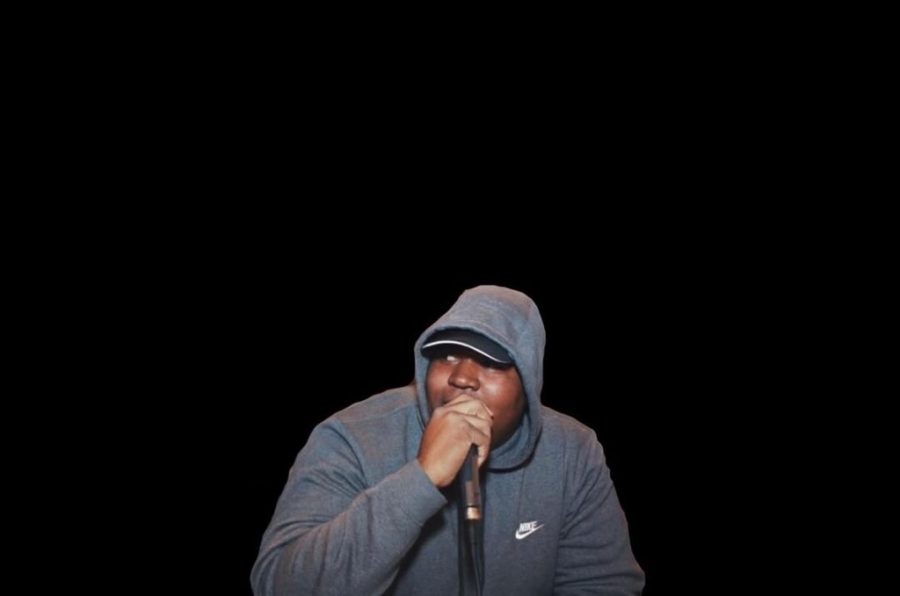 Inspired by the burgeoning music scene in Massachusetts, the disruptive ambition of Kurupt FM’s cast of characters and the reliability of “lo-fi chill-hop study beats” on YouTube, Mass Music Radio is live on the air as you read this. The 24-hour online radio station streams live shows and curated playlists featuring new and local artists. Plus, it’s part of a larger project that started in 2016 as a hopeful Residential Student Organization aiming to connect the scattered dots of the Bay State’s artist network.

Founding members Steve “Shlomo” Bowe, Shamus Hill and Mike Callanan convened at their old stomping ground — WMUA’s production room in the basement of the University of Massachusetts Campus Center — to explain Mass Music and why they believe in it.

Listen to the full 49-minute interview below, or continue reading for the highlights.

Liam O’Connor: In your own words, what is Mass Music?

Shlomo: It’s a wave. It’s a movement. We started back in 2016 at some point, and we had the vision of forming a group or an organization that connected all the dots. Because we had a radio show on WMUA, and we started realizing that there’s a lot of local artists and producers and engineers — like great, great artists … And we realized like, “Hey, by promoting their music and playing their music, we can connect all the dots through the radio show.”

…So we formed Mass Music, the organization. We wanted to basically have a home for all these artists, producers, engineers and videographers.

LO: So right now, Mass Music is manifest in the website and the mobile app?

Shlomo: [We said,] “Once we leave WMUA, where’s our next station gonna be?” So we looked to online radio.

What we have essentially is a 24/7 live-streaming radio, no commercials, nothing … So far we’ve been able to broadcast on a wide spectrum and the service we use has great analytics, so down the line if we want to do sponsorships, partnerships with different promotion companies, studios — we can do that.

LO: When you described it to me a few weeks ago, you described it as like a pirate radio station … Before I heard what you guys were doing, the only 24/7 streams I was aware of were the lo-fi chill-hop study beats (on YouTube).

Shlomo: That literally inspired us. Because we’d be in [Shamus’] room just like throwing beats on whether we were studying, freestyling, chilling. The 24/7 aspect really intrigued us. But we also thought, “What if we’re not on the air live?” … It’s crazy, bro. Just to think that not only do we have the ability to broadcast from wherever — your house, my house, anywhere in the world with internet — we also have the ability to play whatever we want. That’s the main concern because even at the station, at WMUA, since it’s FM, you know, the FCC, we have to censor music. And as you know, having a hip-hop show —

Shlomo: It is, and it’s like on top of all the school work, the business and everything else, if you have to sit down and edit a song for twenty minutes … not to say it’s not a great song, but you most likely won’t play on the show … I wanna present it as [the artists] wanted it to be heard.

Shamus: In its truest form, basically.

LO: Yeah, you want the whole package as the listener, and you guys can do that. So you can broadcast anywhere with internet?

LO: But I want to hear about the headquarters still. Now you’ve got two primary  locations —

Shamus: I was gonna say — which one!?

LO: I guess the original headquarters was, perhaps, Sunderland?

Shamus: Yeah, I even forgot about that headquarters.

Shlomo: That was the lair, bro.

Shamus: That’s where a lot of stuff ended up starting out. We had in our basement in Sunderland a whole studio that we built. You know, we had cardboard on the walls, trying to be sound protective and everything. We watched the show, Kurupt FM —

LO: People Just Do Nothing!

Shamus: Yes! They had the pirate radio there, and we were infatuated by it. We were like, “What is this? How can we do this in real life?” And so we worked, worked, worked. We had all these months of doing research and everything, and we finally ended up forming our studio out there. Went live a couple of times. I’ll never forget the first time we went live from the basement; we were like, “Okay, like, we figured this out, its possible.”

And then we ended up building a studio in Quincy, ‘cause [Steve] graduated and everything, and we had to sort of transition. And within two weeks we were up and running. We had artists coming through every single day, DJs coming through, producers.

LO: How do you see Mass Music in tandem with the artists that you’re partnering with?

Shamus: Like you were saying earlier, it’s not like we have promotions really in the forefront of our minds. At the end of the day we recognize that the scene in Massachusetts is beginning to blossom. It has been in the past couple of years, but we’re at a pivotal point right now where it could go one of two ways. Either we have these 50, 60+ artists go out to L.A. or New York or wherever in the world to make a name for themselves, or they stay here and they sort of work together and work on their artistry at the same time.

…Part of what Mass Music wants to offer these artists is that infrastructure, you know, that advice that we didn’t have two to three years ago that we can give someone else, or that opportunity to perform at a concert. A couple years back, we would have been like, “How the hell do you even get to that point where you’re performing at the Middle East?” … We’ve met a lot of people in these past couple years and we’re just trying to use our network to help the people that we know and trust at the same time.

LO: About the Boston music scene —

Shlomo: The Boston music scene, as you know, has been bubbling for so long now. And we all see it blowing, like it’s gonna blow up and reach like a national level … It’s gonna take one artist or one group that’s really gonna take off … When I go out and I talk to artists, everyone kinda has that sentiment, like, “Yo, Boston is up next.” … What everyone kinda realizes is that we’re not gonna make it unless we work together. That’s why you see all these little connections. You see shows like the 2020 Night where there’s so many local productions that are popping up all over, whether it’s in Roxbury, Brockton, Quincy … I saw one in Randolph a couple weeks ago where the ticket has five, six artists on it but they’re all working together, promoting it like its underground, grassroots music. So it’s beautiful to see, and it also reaffirms that belief that we all know that someone’s coming up next. Stizzy [Cousin Stizz] and that squad, they brought it up to here, they kinda opened that door and they’re about to jump to that next level, which opens up a huge gap where it’s like, “Who’s gonna be that next artist, that next band, that next producer who really takes that spotlight?”

LO: Is anybody else doing what you’re doing?

Shamus: I don’t know anyone.

Shlomo: It’s a little difficult because nobody’s really doing it, so there’s no blueprint to what we’re doing. We’re blazing our own path, you know, being the pioneers. Which is cool — there’s really no wrong that you can do, it’s really just being experimental and innovating every day.

I see Mass Music like a ship. We’re all in the same boat together. I’m cool with being the captain, but we need a crew to get this thing rolling.

LO: I think that speaks a lot to what you guys are doing too … Anybody getting on right now is doing it for the culture, just for the ethos of it, to put on for the community and get people’s names out there. It’s a pretty noble endeavor that you guys are undertaking.

Shlomo: It’s for the love of the music at the end of the day. We’re not doing this because we think it’s going to make money. We know it’s going to make money, but the reason why we’re doing it is to push the music scene forward, and really have a platform … The fact that we discovered the software at this point in time — it’s for a reason. The software that I use to go live is still in beta, meaning that three months ago, in the history of the world, I could not do what I’m doing.

LO: For UMass students who might hear this — advice?

Mike: If you think you can make music, make music. Do not be afraid to put anything out there.

Shamus: And that goes for anything, for music, for radio — we had no idea what we were doing. I remember being in Cance in [Mike’s] dorm freshman year and being like, “Yo, we’re here together, we’ve gone to school with each other since elementary school. Why is that? Why are we here in this moment? What do we have in common? What are our passions that we can line up?” Find a group of like-minded people, develop a vision and then chase it relentlessly.

LO: The thing’s got legs.

Shamus: We just made it out the crawl, now we’re strolling along. We’re trying to get that Usain Bolt speed going.