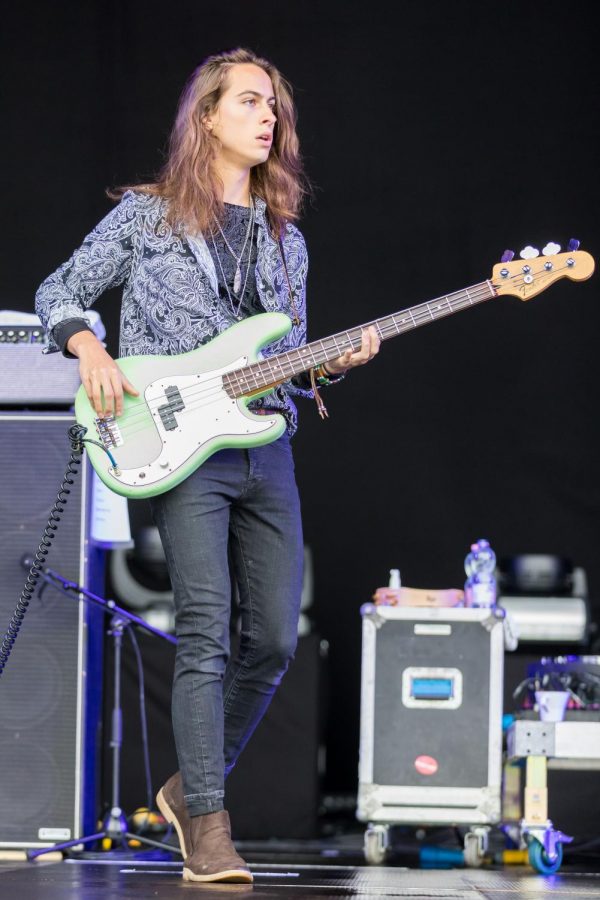 If you haven’t heard of these young Michigan natives yet, you probably will soon.

Greta Van Fleet formed in 2012. The up-and-coming band released their first EP, “Black Smoke Rising,” in April 2017. They re-released it in November as a double EP, titled “From the Fires.” The re-release includes four additional songs, two of which are well-executed covers of Fairport Convention‘s “Meet on the Ledge” and Sam Cooke’s “A Change Is Gonna Come.”

The first song they wrote, a single called “Highway Tune,” hit number one on the Billboard charts in September and has since reached over 75 million plays on Spotify.

Greta Van Fleet played at Coachella this summer and performed their new hit single, “When The Curtain Falls,” on The Tonight Show Starring Jimmy Fallon in July. They were also personally invited to perform at Elton John’s Oscars party.

The band is currently on tour, with shows already selling out. The group was even featured as one of Apple Music’s Up Next artists — the first ever rock band to be recognized on that platform.  They’re known internationally for their talent and paradoxical new-old style.

Greta Van Fleet’s sound is drastically different than anything I’ve heard recently. They almost sound like they belong in the ’60s or ’70s with their old-school rhythms, style and groovy swagger.

The group is composed of three brothers: Joshua Kiszka (vocalist) and Jake Kiszka (guitarist) are 22-year-old twins. They are joined by their 19-year-old brother, Sam Kiszka (bassist), and best friend Danny Wagner (drummer), who is also 19 years old. All four grew up together in the small town of Frankenmuth, Michigan and are reinventing the idea of traditional classic rock.

Their name was inspired by the name of another Frankenmuth resident, Gretna Van Fleet. While struggling to think of a name before an upcoming gig, Van Fleet’s name came up, and it resonated with them. It was a bit quirky and it paid homage to the place they grew up. A place that always supported and inspired them.

However, the rock band with bluesy hints and folk-like undertones was also inspired by a multitude of artists including, but not limited to, Jimi Hendrix, John Denver, Eric Clapton,  Jimmy Page, Cream, Aerosmith and Led Zeppelin.

Greta Van Fleet’s striking similarity to Led Zeppelin has given the group a lot of buzz. Josh Kiszka, the group’s frontman, has unreal vocal range and passion. His singing has been compared to Zeppelin’s Robert Plant by many, including Plant himself. Jake Kiszka’s guitar riffs and solos have also gained recognition,  prompting comparisons to Led Zeppelin and Jimmy Page.

This is not to say Greta Van Fleet is a cheap copy of rock legends of the past. All four members have unbelievable raw talent and have put their own creative spin their work.

The band came to fame quickly, without having a full-length album. And this is only the beginning of their career. They have a strong following at a young age, leaving great room for growth.

Some of my favorite songs on “From the Fires” include “Edge of Darkness,” “Black Smoke Rising,” and “Safari Song.” These songs give a sense of what Greta Van Fleet are all about — bringing people together through music and having a good time doing it. They are fun to listen to, great songwriters and seem to actually care about the messages they are sending. I cannot wait to see what they do next.

Their debut album, “Anthem of the Peaceful Army,”  is set to be released Oct. 19.