Lil Baby and Gunna stick to flexing on ‘Drip Harder’ 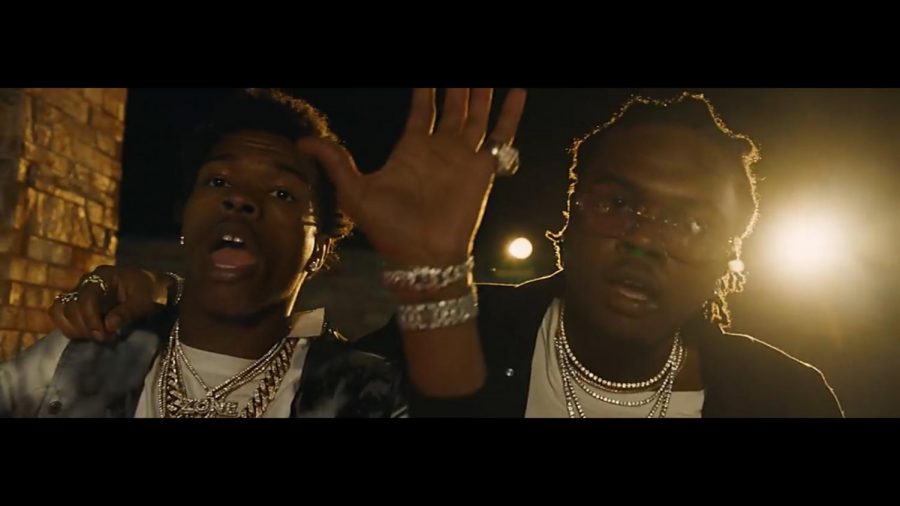 Lil Baby and Gunna’s chemistry is what really makes this a great first collaborative record. (A screenshot taken by Trevor Wilson/Amherst Wire)

Atlanta-based rappers Lil Baby and Gunna are on fire and have had arguably the biggest year of their ripe rapping careers. Earlier this year, the two dropped their breakthrough trap projects: Lil Baby’s “Harder Than Ever” and Gunna’s “Drip Season 3.”

Lil Baby’s “Yes Indeed,” featuring Drake, took the hip-hop world by storm. Baby built on that momentum to drop “Harder Than Ever” with Gunna, which peaked at three on U.S. charts. Gunna has done well to thrust himself into his own spotlight. “Drip Season 3” peaked at 20 on the charts, but Gunna has found himself on tracks with a number of popular artists including Young Thug, Travis Scott and Playboi Carti.

Lil Baby and Gunna’s style is nothing new and their influences are very apparent. However, the two manage to create an exciting and refreshing duo that has developed into one of rap’s best brotherhoods. Leading up to the project, the two released songs like “Sold Out Dates” and “Drip Too Hard” gave fans a taste of what to expect on “Drip Harder.” The project is a perfect showcase of their chemistry. The two play off each other with a variety of flows and deliveries in a project where they both try to out-flex the other. Lyrically, listeners won’t find much past bars about flexing and showboating, but the two deliver a fun project with plenty of enjoyable moments.

“Drip Harder” kicks off exactly how you would expect it to. The intro track “Off White VLONE” features a gloomy, yet rhapsodic piano melody with smooth 808s to set the vibe for the mixtape. The song itself is a flex. Gunna and Baby kick both of their verses off showboating their spending habits. Gunna spits, “Coupe from outer space, trust me, I’m okay/ Bought Hi-Tech, paid by the case/ You could tell that’s Chanel by the lace.” Meanwhile Baby starts with, “Drippin’ in all France, shoppin’ when we land/ Made a stop in Punta Cana, shawty keep her body tan/ Went to Magic last week, we prolly f****d up 40 bands.”

“Drip Harder” sets itself up to be a mixtape solely about flexing and living the lavish lifestyle that Baby and Gunna relish in. On tracks like “Business is Business” and “Belly,” the two trade verses talking about their foreign cars and the constant flow of cash. Nothing stands out lyrically, but the two genuinely sound like they’re having fun in the booth reflecting on a life full of money, diamonds and designer clothes.

The first of the solo tracks, “Deep End” is a nice change of pace. Bright, vibrant synths coupled with a light piano melody and snappy drums make for a nice Lil Baby track about the come up. Gunna takes over on “World is Yours” with another soft piano melody and an eerie flute lead in the background. Gunna bounces on the track tremendously, balancing his trademark flow with bars about his success. The two then reconnect on “Underdog” where they trade bars about struggles and success over a Zaytoven-esque beat that relies heavily on bright keys and uplifting flute solos. Gunna’s flow on this track is infectious, and Baby picks it up brilliantly in the second half, building on Gunna’s momentum.

However, the album does grow saturated in some moments. Songs like, “I Am,” “Seals Pills” and “Style Stealer” featuring Young Thug are some lowlights. Sonically they are consistent, but they end up sounding very similar. Piano melodies can only go so far, and these are particular instances where “Drip Harder” falls short. I wouldn’t say there are any bad tracks on the tape, but some end up sounding bland, and the repetitive lyricism about fashion and wealth doesn’t do much to aid the issue. What’s important to take away is that the two have created a bond with each other that is unlike any in the rap game. Down to its core, “Drip Harder” is a loose mixtape with two brothers trying to out-flex one another over classic Atlanta-esque production.

Despite this, the project closes out with a great deal of energy. “Close Friends” is a great change in energy and subject missing from the first half of the tape. Lil Baby delivers a killer hook in a song about love and relationships that strays from the other themes of this tape. “Drip Too Hard,” the first single from the mixtape, features a classic guitar melody where Gunna and Baby whip up one of the strongest tracks on the record. The last track, “Never Recover” featuring Drake, is undeniably the best track on the album. Drake practically steals the show with a cold, ruthless verse over a killer Tay Keith beat. Gunna and Baby match his energy well, but Drake has what is probably the strongest verse on the project.

Down to its core, “Drip Harder” is a fun, infectious collaborative project by two of hip-hop’s hottest young talents. They stay consistent with their sound and themes, but don’t try much else in terms of ingenuity. The album may sound oversaturated at times, but Baby and Gunna’s chemistry is what really makes this a great first collaborative record. It’s nowhere near the quality of some of the other top albums of the year, but the two deliver a solid mixtape filled with plenty of bangers for Trap fans.