What you need to know about Massachusetts ballot Question 2 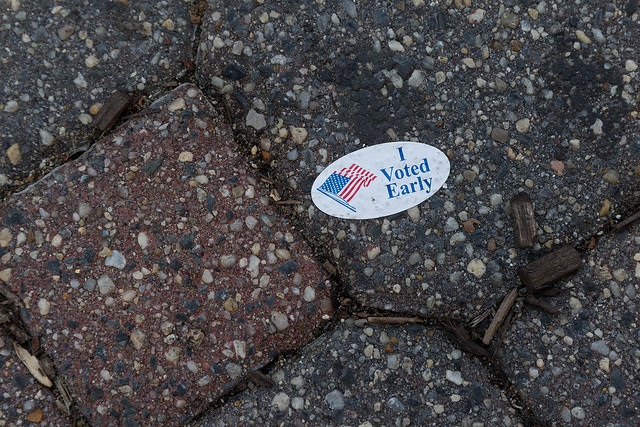 Massachusetts voters will have three ballot questions to ponder when they arrive at their polling locations on Nov. 6. The first and third initiatives will have immediate consequences, while the second appears to be a more symbolic gesture.

Question 2 would create a 15-person citizen commission charged with pushing a constitutional amendment to overturn the Citizens United v. FEC Supreme Court decision. In that 2010 decision, the Court ruled corporate spending on campaigns cannot be restricted by the government.

In 2008, Citizens United, a conservative nonprofit organization wanted to make “Hillary: The Movie,” a documentary criticizing then-presidential candidate Hillary Clinton. However, according to Section 203 of the Bipartisan Campaign Reform Act (BCRA) passed in 2002, corporations and labor unions cannot use their treasury to fund programs that would influence a campaign within 60 days of a general election and within 30 days of a primary election.

Citizens United sought an injunction against the Federal Election Commission in an effort to stop the application of BCRA on the documentary. The group claimed that Section 203 violated their First Amendment right to free speech and that being forced to disclose sponsors and funds spent was unconstitutional.

The U.S. District Court ruled against Citizens United, citing two previous cases related to campaign finance and political influence. Shortly after, the Supreme Court agreed to examine the decisions made by the lower courts. On Jan. 21, 2010, the Court voted 5-4 in favor of Citizens United.

The Court ruled that the freedom of speech applies to everyone, including corporations and organizations. The decision also repealed essentially all limitations on corporate spending on political campaigns.

Justice John Paul Stevens, in his dissenting opinion, stated that the framers of the Constitution had the individual in mind when considering rights. He wrote that the ruling would “undermine the integrity of elected institutions across the Nation.”

The ruling caused political interest groups and PACs (political action committee) to flourish, as it erased any previous limitations on campaign donations. Since the decision, hundreds of millions of dollars have been funneled into “super PACs” to influence politics.

Loopholes in the system allow those that donate to remain unnamed, resulting in a small number of individuals controlling these powerful groups. In 2014, the Brennan Center for Justice reported that of the $1 billion spent in federal elections by super PACs since 2010, nearly 60 percent came from just 195 individuals and their spouses.

According to the Pew Research Center, 77% of Americans believe that there should be limits for the amount of donations that people and groups can donate to political campaigns. The support is not exclusive to one party or the other — both Republicans and Democrats tend to agree that large political donations by certain individuals or groups should not influence politics.
What does each vote mean?
Yes:
A yes vote would enact the fifteen person commission, which would push for an amendment limiting the influence of money on campaigns as well as establishing that corporations do not have the same rights as humans.

No:
A no vote would prohibit the formation of the commission.