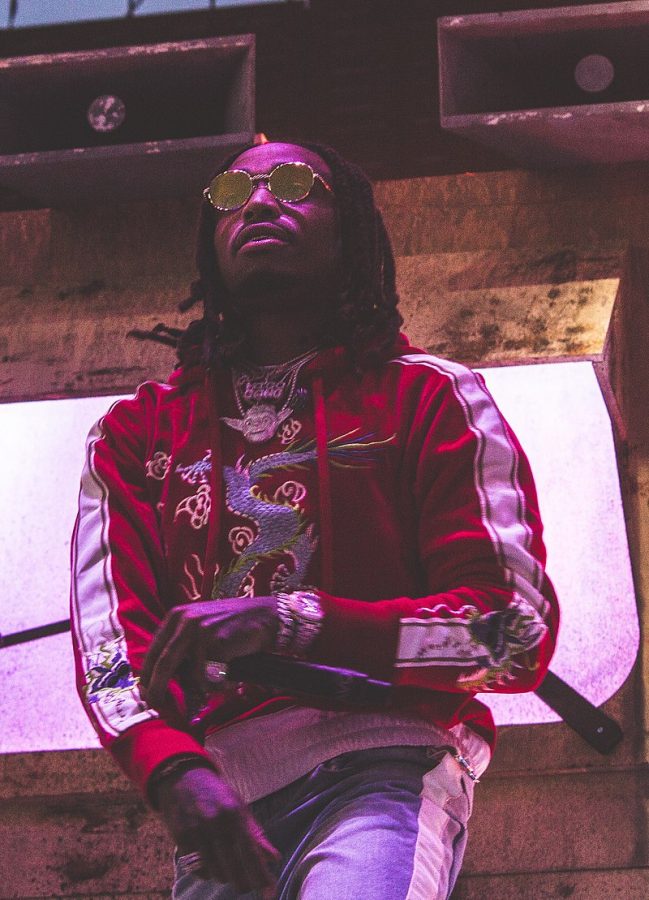 (The Come Up Show/Wiki Commons)

Truly it was only a matter of time. The Atlanta-born rap trio Migos have been on fire since they dropped “Culture” in January 2017. On what is arguably their best work to date, “Culture” was so special for its collection of unique trap instrumentals and its display of the Migos technical dexterity. Their artistry to rap about wealth, trapping and their journey to the top are themes highlighted on the record. As a group, they were able to create such a memorable project through their different strengths, setting their weaknesses aside to create one of the best hip-hop albums of 2017.

Now after much success, the group has decided to try their hand at solo projects. Quavo’s recent work “Quavo Huncho” is the first in what will most likely be a trilogy of solo projects from the group. We all saw this coming. After all, it’s natural for groups or duos to want to try and create solo albums. However, Quavo seems to have lost his glam on his project. Either Quavo is missing the creative touch he had two years ago or we are finally seeing the effects of oversaturation. Migos, and Quavo alone have been in our headphones nonstop since they’ve hit the scene. “Quavo Huncho” is ultimately a poor display of what Quavo is capable of delivering in terms of lyrical quality, but the professional production remains persistent.

Right off the bat, “Quavo Huncho” starts off as most Migos songs would. Booming 808s drive the simplistic, yet snappy drum patterns layered on top of vibrant melodies. This sound is nothing new to Quavo, but it sounds polished. Perhaps the biggest highlight of “Quavo Huncho” is Quavo’s ability to select beats and sounds that cater specifically to the sound Migos as a group has defined. The intro track, “Biggest Alley Oop,” starts with an eerie choral melody that is supercharged with a soft flute melody and animated trap drums. The song itself isn’t terrible, but Quavo seems to struggle at finding an appropriate angle to take lyrically. Everything he raps about is all content we’ve heard before. Whether it’s the color of his new Lamborghini or how bright his diamonds glisten, lyrically “Quavo Huncho” does not have a whole lot to offer.

The album is primarily driven by trap-heavy instrumentals with vibrant keys, echoing flutes and bursting pads to give it life. Unfortunately, the production is not nearly enough to save this album. Quavo does nothing new on “Quavo Huncho” and appears to barely give a minimal record. He recycles the same triplet flows he’s used in the past with lyrics about fancy cars, shiny new jewelry and pushing dope. On “Huncho Dreams” he literally steals the exact vocals Drake uses on “In My Feelings.” He sings, “Nicki, do you love me? Why you crying?/ She don’t wanna be a queen unless she got me.” I bet you read that in your head, exactly how Drake would sing it on “In My Feelings.” Quavo’s unoriginality goes across the board on “Quavo Huncho” and he does very little to try and correct his course.

However, there are some bright spots on “Quavo Huncho.” Tracks like “Shine” and “Lose It” featuring Lil Baby stand out to me as the best tracks on this record. On “Shine,” Quavo creates a spacey and smooth trap anthem with a bright, infectious hook. The track is truly enjoyable to listen to, but solely from a sonic standpoint. The other track, “Lose It,” is carried by a strong Lil Baby feature. Quavo recycles a very elementary flow on both the hook and verse, but Baby picks it up with a lot of energy right around the middle of the track, stealing the show. Even on the best tracks, Quavo proves that he may not have what it takes to be a solo artist.

Overall, “Quavo Huncho” is quite the misstep for Quavo. He’s bereft of any ingenuity and struggles to create a memorable or meaningful project. He knows his sound, and knows it well. The production on this record is professional and sharp, but even the instrumentals cannot save Quavo from himself. There is a real lack of effort on this record, and it shows. Music quality from Quavo and the group as a whole has declined while the number of tracks on an album still rises. We know Migos’ are all about the brown paper bag, but is it worth sacrificing the quality of their music?