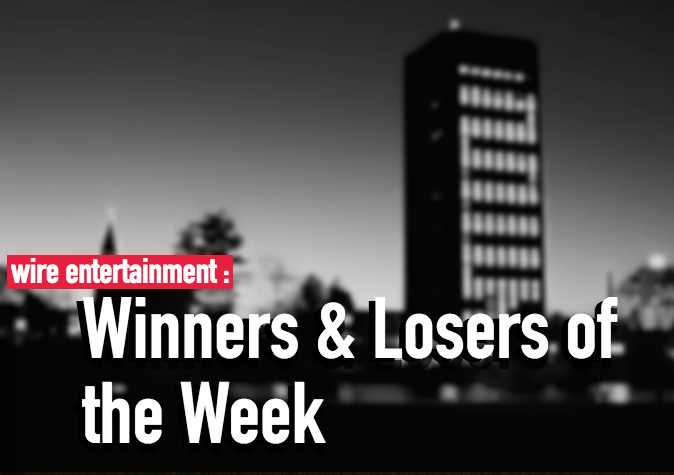 This is the twelfth installment of “Entertainment winners and losers of the week,” covering Oct. 29-Nov. 4.

“I worked my a** off bro,” Minnesota Timberwolves guard Derrick Rose said when interviewed after scoring a career-high 50 points against the Utah Jazz. After devastating injuries early in his career, the former MVP fell from the highest of highs to the lowest of lows. On this inspirational night, the whole NBA world was watching as he showed there is still something left in the tank.

Whether you’re a basketball fan or not, this is a story is proof that there is light at the end of the tunnel.

Loser: Cardi B and Nicki Minaj

Remember when Cardi B threw a shoe at Nicki Minaj at New York Fashion Week? Yeah, that was about two months ago now. It took several episodes of trash talk on Nicki Minaj’s “Queen Radio” and Cardi B’s video rants for this feud to finally “end.”

Ok you guys, let’s focus on positive things only from here on out. We’re all so blessed. I know this stuff is entertaining & funny to a lot of people but I won’t be discussing this nonsense anymore. Thank you for the support & encouragement year after year. Love you. ♥️

After all the meaningless banter back and forth, the two rappers called a truce, ending the rivalry in the most anticlimactic of ways. I guess its a good thing that the conflict is over, but the abrupt ending makes you wonder why this had to begin in the first place. There’s room at the top for multiple women in hip-hop.

Two months after the Pittsburgh artist’s tragic death, Mac Miller’s friends and family hosted the “Mac Miller: A Celebration of Life” concert in honor of the late rapper. Many of Mac’s friends, like Vince Staples, John Mayer, Chance the Rapper, Anderson .Paak and more came out to perform and pay tribute to their beloved friend.

The ending of @macmiller’s A Celebration of Life was incredible. We miss you Malcolm. pic.twitter.com/TDfojUNbhB

Fans, friends and family all listened on. The vibe in the theater was sentimental and celebratory. The concert not only served to remember Miller, but to celebrate his seismic impact on the hip-hop community.

The event closed with a touching photo tribute dedicated to Miller. Miller’s family was surrounded by the rapper’s closest friends. I, for one, hope the celebrations keep on going, for Millers’s legacy continues to shine in the wake of his death.

Kim K visited a plethora of Halloween parties over the last week, and wasn’t too keen on people not identifying what costume she was wearing.

Dressed as Pamela Anderson, Kardashian posted a slew of videos asking people if they knew who she was dressed as. Many could not guess correctly, and the star ended up dropping the r-word on her Instagram story. Kardashian faced backlash immediately and apologized promptly for her use of the word. While society has made a great effort to eliminate the word from slang vocabulary, Kim, unfortunately, shows us that some still use the word in a derogatory manner.

Ariana after making the decision to release her new song 30 minutes before SNL pic.twitter.com/qcAb9aKzDW

Just 30 minutes before Saturday Night Live aired, pop-singer Ariana Grande released a song about her past relationships and moving forward, entitled “Thank U, Next.” She even drops the names of some of her ex-boyfriends at the beginning of the song, including Pete Davidson and Mac Miller. This was a complete power-move on her part, as fans on Twitter are in love with the song and are convinced that the timing of the release had to do with SNL coming on shortly after.

All the attention of SNL’s episode was taken away when Ariana Grande dropped her newest single 30 minutes before. The timing of the release was perfect, getting people to talk about it and anxiously await to see if Pete Davidson would address it at some point. At the end of Davidson’s segment on “Weekend Update,” which sparked outrage from controversial remarks he made about candidates in the midterm election, he addressed the breakup briefly, stating “It’s nobody’s business and sometimes things just don’t work out and that’s okay.”

Post Malone recently collaborated with Crocs. The rapper is spotted regularly wearing the shoe, so it really is the perfect collaboration. The shoes sold out in a whopping 10 minutes and have become a standout piece in many shoe collections.

ppl out here making fun of crocs but then want crocs just because post malone designed them…. get tf away from my shoes

Pete Davidson SNL comedian and ex-fiance of pop singer Ariana Grande recently made a joke about his failed engagement on the live show. Grande, however, did not take it as a funny joke. The pop singer replied with a tweet, “For somebody who claims to hate relevancy u sure love clinging to it huh.” The tweet was later deleted, but shots were fired nonetheless.

Pete, obviously. He was clinging to Ari for relevancy. Still is tbh. All of his jokes will still be about the relationship for the next 10 to 20 years.

Michael Buble has battled his eldest son’s liver cancer for years. Since the age of three, Buble’s son Noah Buble faced countless doctors appointments and chemotherapy treatments. At age five, however, Noah Buble was given the all-clear and life has truly been looking up for Buble.

Michael Buble is about to release a new album, with one single already on the market.

Let’s face it, Christmas season without Michael Buble isn’t really Christmas at all and he’s back just in time for the festivities!

.@NICKIMINAJ you can't turn down an offer that was never made. #StopLying.

After calling out Nicki for lying, he quickly realized his mistake and the detriment it would have on his brand.

.@NICKIMINAJ is an incredibly talented artist but we couldn’t work together cuz the timing wasn’t right. @iamcardib came on the scene and I had a fantastic collaboration with her, and she is also an amazing talent. I love…

both @NICKIMINAJ and @iamcardib music. I hope they can reach some peace — together they could probably take over the world. There is a lot of negativity out there right now, and I shouldn’t have contributed to that. -Steve