Earl Sweatshirt opens up on his captivating album “Some Rap Songs” 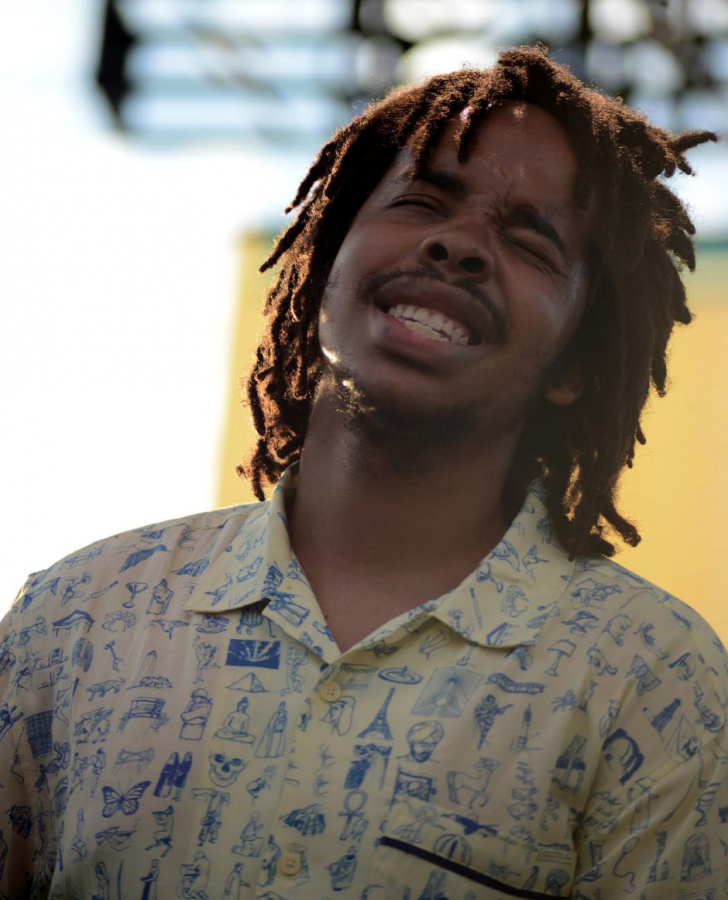 After a three year-long hiatus, Los Angeles native and former Odd Future member Earl Sweatshirt returned with his third studio album, “Some Rap Songs” on Nov. 30. At just 16 years old, Earl dropped his critically praised mixtape “Earl” in 2010. Since then, the man has been considered one of hip-hop’s greatest prodigies both from a sonic and technical standpoint. His cold, gritty and slow instrumentals layered beneath his unorthodox, smooth and rugged delivery, defined his sound, thus becoming one of hip-hop’s unique talents.

All the meanwhile, Earl is easily one of hip-hop’s most eclectic icons. He has found great success despite his puzzling and mysterious behavior being one of hip-hop’s most lowkey artists. An enigma and a meme — a lot has been said already about Earl Sweatshirt, but one thing he continues to do is produce high-quality music and shatter expectations.

“Some Rap Songs” finds Earl blending the lines between jazz and hip-hop in a way that only he knows how. Right off the bat, listeners are greeted with music that sounds familiar. Slow, muddy and yet smooth production is nothing new for Earl, but he has made significant tweaks to this sound to keep it refreshing. The project opens with “Shattered Dreams,” a deeply personal opener that reveals some of Earl’s hardships and the experiences of those around him. The track samples a 1970s track of the same name, fueling Earl’s inspiration for the track. The hook itself is cold and genuine. Earl raps, “Mask off, mask on, we trick or treatin’ / Back off, stand-offish and anemic / Yeah my n**** Ish, told him it’s a feelin’ / Blast off, buckshot into my ceilin’.”

Clearly rhyming about his personal struggles, Earl carries this theme through most of the project. He blends topics well between introspection and observation, leaving the listener clinging to every bar yearning to hear what Earl has to say next. The following tracks, “Red Water,” “Cold Summers” and the single “NOWEHRE2GO,” do much of the same. He traces back and discusses solace and family on “Red Water,” and dives deeper into observational issues as he tackles substance abuse and crime on the deceptively bright “Cold Summers.”

The succeeding track, “December 24,” is an impressive standout. Produced by Denmark Vessey, Earl utilizes his lax, smooth delivery over a cold, crisp boom-bap beat. Earl explores the relationship between himself and gang activity in Los Angeles. He references drug dealing with the bar, “Big stone, granite and your fist balled / Standin’ on the strip / Don’t panic when the pig come / Scramble, get the big tall fetti, and then get home.” This track is a great example of how Earl blends observation with experience. He dives into the nature of gang activity while peeling back towards the end of the track through reflection. He spits, “Bad apple, daily clashes with my kinfolk / Bad acid did damage to my mental / Show you right, it took passages to get grown / They been called me savage from the get go.”

The pacing stays the same throughout most of “Some Rap Songs” but Earl evolves the sound as we dive into the midsection of the project. “Ontheway!,” features a vibrant guitar sample that reeks of West Coast jazz and soul. The following track, “The Mint” featuring Navy Blue, employs a vigorous piano loop over a plodding jazz-like drum pattern. On the next track, “The Bends,” transitions from discussing wealth to exploring his rise to fame and the impact it has had on those around him. He says, “Peace to my mans, gotta go be with your fam more / For real I feel like the landlord / My n***** came a long way from the Dickies and dirty JanSports / Jack of all trades, was dealing n***** a handful.” Earl references his late father in the first line while moving on to discuss the come-up of his friends and continuing the theme of “The Mint” by referencing the money factor in the closing line.

Earl continues to employ this fusion of jazz and soul throughout the remainder of the project. The track “Azucar” features a lively key melody with an uplifting vocal sample to accompany it. Earl returns to referencing his personal struggles on the latter half of the project, discussing depression and using “Azucar” as a metaphor for alcohol. Continuing this theme on the track “Veins,” Earl describes his rise in emotional transparency through his relationship with his mother. An uplifting track about seeing the good in imperfection, Earl employs another jazz, soul fusion instrumental with a gritty guitar melody over a jazzy drum loop.

Overall, I feel like most of the sonic exploration on this project plays very well in Earl’s favor. However, tracks like “Eclipse” and “Peanut” fall short in this regard. The “Eclipse” track sounds a little too muddy for my liking. It’s absent of drums, which is ok but I’m not sure it works here. The track sounds empty, and Earl’s vocals seem a bit too quiet on this track. As for “Peanut,” the lyrics are extremely powerful as they discuss his mental state and his changes over time. I can see what he might be trying to do with the broken and raw instrumental, but it doesn’t sound as pleasant as the other tracks. That being said, there’s no knocking Earl’s lyrical prowess on this project, and its only shortcomings come from Earl’s bold choice in instrumentals.

“Some Rap Songs” is easily one of my favorite projects this year. In just 24 minutes, Earl manages to piece together a project that feels like an entire experience. He peels back very personal and dark secrets about his life and the lives of those around him. He explores a number of topics like depression, gang violence, substance abuse and more. Through his refined fusion of experience on observation, Earl creates a project that begs to be listened to. It’s easy to get caught up in the outstanding production, but what makes this project special is Earl’s ability to be transparent and whole without sacrificing any other element of his artistry.