Q&A with U.S. Rep Richard Neal, chairman of a key committee in Congress 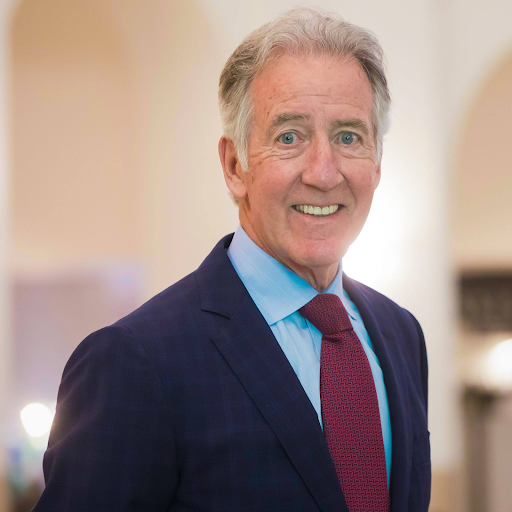 AMHERST — The 2018 midterm elections proved victorious for Democrats in the House. The party gained 40 seats — 17 more than they needed to win the majority.

Even with a Republican-controlled Congress, Trump failed to garner enough support to fully repeal Obamacare or approve a budget for the border wall — two of his major campaign promises. Now that Congress is split, passing legislation will be even more difficult for the president.

The House Committee on Ways and Means, the chief tax-writing committee in the House, recommends bills regarding revenue for legislation. Members oversee issues such as tariffs, trade agreements and the country’s debt.

To pass legislation, Trump must cooperate with the Democrat-controlled committee come January. However, Democrats have been outspoken about pursuing a public examination of Trump’s tax information, a subject the president has sidestepped multiple times since his presidential campaign. The Ways and Means Committee has the power to request these documents, and the future chairman is expected to lead the charge.

I spoke to Massachusetts Congressman Richard Neal, the ranking member on the committee, about topics ranging from Trump’s unreleased taxes to the border wall. Neal will resume the position of chairman on the committee on January 3, giving him the ability to directly work with Trump on fiscal policy.

Matt Berg: With the Democrats in control of the House in January, what major changes do you see coming in Congress and the government?

Richard Neal: Well, I think we’re going to see more of an exercise as it relates to oversight. Recall that Article 1 of the Constitution lists Congress as the first branch of government. The framers of our constitutional system were obsessed with making sure that in creating an executive, or a president, they didn’t create a king. They always wanted to make sure that there would be some legislative oversight as it relates to the executive, beginning at Runnymede in 1215 with Magna Carta all the way to the establishment of the executive.

MB: Will we see any immediate changes in Congress come January?

RN: One of the things that I’m hoping for is that we keep this in proportion. I’m hoping that we understand our constitutional responsibility while simultaneously making sure that we still do governance. I think our job is, obviously, to scrutinize the administration, but while we’re doing that, we cannot let that get in the way of our responsibilities as the legislative branch to get some things done for the American people.

MB: As the ranking member on the House Ways and Means Committee, you will be leading the charge of releasing the president’s tax information. Given Trump’s unpredictability, how will you go about this?

RN: We’re going to make sure that we conform to the advice that the House council tells us, once it is established in January. And we will do this… methodically, within the confines of the law. This is not about revenge; this is about following precedent and policy, and the precedent is that every president since Gerald Ford has released their tax forms and documentation.

MB: I’ve read many pieces in which colleagues note you as being quiet but tough. Do you think Trump would respond better to someone that doesn’t use similar tone and rhetoric as him?

MB: What will Democrats do if he does not release his tax returns?

RN: I assume that it is going to be a court case that will go on for a considerable amount of time, based on the positions that the president has taken as it relates to these tax forms. If you remember during the course of the campaign, he said that he was going to release them, then he said he couldn’t because he was under audit. Then, he said that he would release them upon becoming president, but again said he can’t because he’s under audit.

MB: As an outspoken opponent of the proposed border wall, do you see there being any chance of finding middle ground, especially with Trump’s threat to shut down the government if Democrats do not approve his budget?

RN: I think that the president is overreacting; I think you can do this with technological advances. I mean, it strikes me that there are all kinds of ways to use advanced technology in this situation. Also, the president’s position is not consistent with what’s happening on the ground. He presented the caravan as an invasion, and there really isn’t any evidence of that. I think it does call attention to the inability of the president and Congress to agree upon a suitable immigration plan for the country, which we need. But the evidence of what has happened is contrary to what the president is promoting. He’s making it sound as if it is lawlessness, and that is not the case.

*A correction was made regarding the number of seats Democrats needed to win.