Consistency is key on Future’s “The WIZRD”

The Atlanta-bred kingpin delivers a bodacious project on the entrapments of life and luxury. 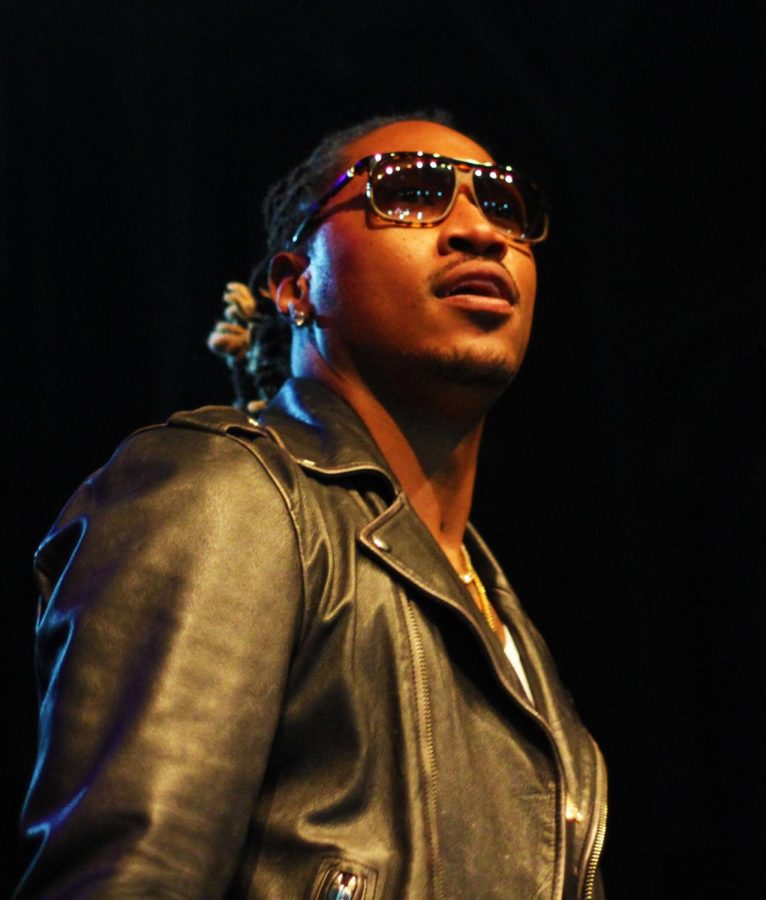 After releasing his groundbreaking project “DS2” in the summer of 2015, Atlanta-bred superstar Future has been on one of the greatest runs in hip-hop.

In what set the stage for a new era of sound and mainstream hip-hop, “DS2” combined Future’s toxic yet luxurious lifestyle with a craving for dystopian production that had listeners encapsulated by his disregard for the mainstream. “DS2” was fast and furious, and it arguably paved way for trap music’s current sound. Ever since, the Freebandz signee has been on an unprecedented tear, delivering a massive volume of projects from his collaborative effort with Drake on “What a Time to be Alive” to his R&B epic “Hendrixx.” Many believe that Future is largely responsible for bringing trap music to the spotlight, ushering in a new breed of codeine-loving, sex-addicted artists that rhyme about selling dope, luxury cars and sparkling jewelry.

After releasing a mind-boggling total of eight projects since “DS2,” including his 2018 mixtape “Beast Mode 2,” we arrive at Future’s latest release, “The WIZRD.” Preceding the album were the two singles “Crushed Up” and “Jumpin’ on the Jet.” In what sounds like two standard Future tracks, he blends lyrics about diamonds in his watchface with other bars about luxury in two cold yet high-octane tracks. Personally, the lack of ingenuity of these two tracks made me nervous for the rest of the project. I felt as if Future really sold himself short on these tracks, and they were missing that versatility Future exhibits in his earlier projects.

However, “The WIZRD” was a pleasant surprise. It kicks off with “Never Stop,” which is led by bright, airy keys then blasts off with boomin’ 808s over a signature, bouncy trap beat. The track itself is driven by reflection, riddled with bars about experiences with street violence, drug abuse and love. Future spits, “You’ll get rich and have problems that you never thought / It bring tears knowin’ we came up out the sandbox.” Followed by, “Love is just a word, it don’t matter to me / I got so rich, nothing matters to me / I’m livin my second life, it’s so amazin’.” Future in just the first minutes of the project sets up the themes for the remainder of the project. Bars about the effects of luxury, drugs and life-changing experiences come to the forefront and serve as the driving force for the most of the project.

Future continues expanding on these concepts in other tracks like the Tay Keith produced “Temptation,” the reflective “Promise U That,” and his braggish track “Krazy But True.” The tracks where Future produces the most lyrical substance turn out to be the strongest, especially on “Krazy But True.” On this track, Future contemplates his legacy, and brings to light the respect from younger artists that he believes he deserves. He raps, “I’m god to you n****s / I worked too hard just to spoil you n****s / You need to pay me my respects / Your socks, rings and your lean / The way you drop your mixtapes, your ad-libs and everything.” Future believes he has bred this new era of artists where all the same subject matter has come to the forefront. Artists have been biting his flows and he wants to make it known.

Most of those tracks carry the same bright and airy atmospheres as Future clearly wants there to be a focus on the lyricism. But, when he deviates from that sound, he delivers rugged and aggressive tracks highlighting his drug and violence-fueled lifestyle. Tracks like “Rocket Ship,” “F&N,” “Call the Coroner,” “Servin Killa Kam” and “Baptiize” highlight Future’s frantic nature where his hustle comes into the foreground. His bars about guns, selling dope and racking up benjamins serve as the driving force on these tracks, and it serves as a nice blend between his more meaningful tracks. On “Call the Coroner,” Future employs an energetic flow as he disparages the balances between his hustle and his life. “I wanna live like a drug lord, but I wanna be glorious / Sometimes I feel like a Kingpin, I’m so victorious.”

Where “The WIZRD” falls short is its lack of ingenuity in sound. Sometimes you could swear you may have heard one of these songs before. Future makes an effort to bring in lesser-known producers like ATL Jacob, but they ultimately sound like the rest of the trap scene with nothing to really set them apart from anyone else. Familiar drum patterns and eerie, dark melodies make up the majority of the sound of this project.

This shortcoming has brought in the debate about Future’s effort into making music in the first place. Some fans feel as if Future has been delivering the same music for the past several years. While I think he has found better ways to express himself lyrically, there is no doubt he chooses familiarity over creativity on “The WIZRD.”

Despite its sonic similarities to previous Future projects, “The WIZRD” serves as another testament to Future’s uniformity. He constantly delivers fresh perspectives on the entrapments of the luxurious lifestyle that he lives. As he reflects, Future exhibits his gratitude for the life he lives now. He discusses his past issues with drugs, women and the lifestyle that he lives all while staying true to his boastful, almost cocky personality. “The WIZRD” is a step-up from his previous project as the trap veteran continues his unprecedented run.