Clever combinations of pop culture and media resonated with fans across the country. 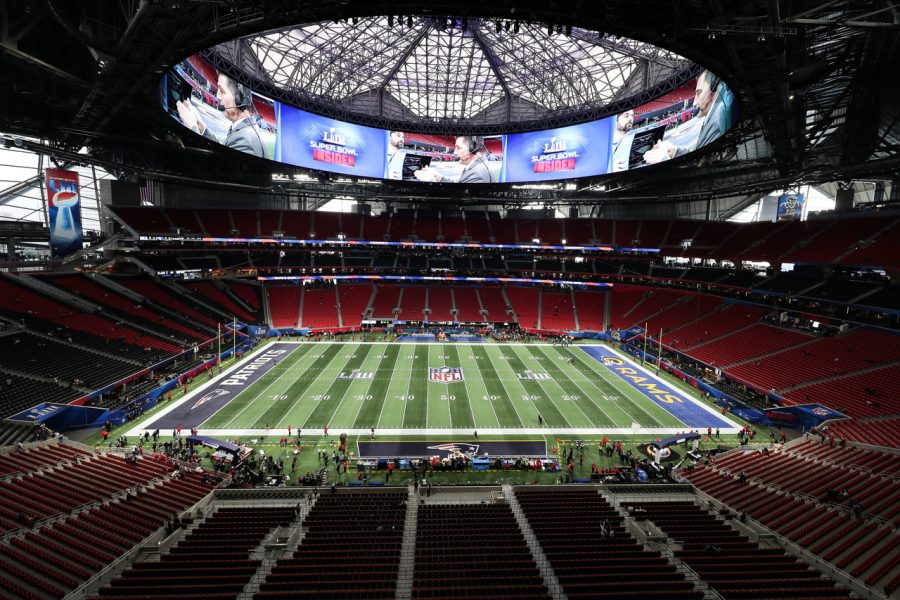 On Sunday, we arrived at the one day a year where commercials are (arguably) less of a nuisance. Many advertisements were released on YouTube prior to the Super Bowl making them accessible for fans to watch multiple times. Cardi B, Lil Jon and Steve Carell advocated that Pepsi is more than okay. Zoe Kravitz promoted Michelob Ultra through a social media trend called ASMR. Companies spent millions to air their commercials during Super Bowl LIII, and these were arguably the top five best.

For the biggest football game of the year, two of the most iconic brands of today’s media overlapped. When the Bud Knight enters the medieval joust (cue Dilly Dilly’s), audiences were given ideas that were at least “Game of Thrones” adjacent. When “Game of Thrones” character The Mountain is revealed, a dragon soars down and the “Game of Thrones” theme rings through the air. Not introducing it as a “Game of Thrones” ad made it a wonderful surprise for those who are fans and genuinely intriguing for those who may not be. Utilizing the theme song that fans have not heard since 2017 invoked excitement for the highly anticipated final season.

When the Marvel Studios logo fades to dust, Marvel fans direct their undivided attention to the screen. Captain America voices over action shots of the remaining heroes left after Thanos’ snap. “Some people move on, but not us.” The poster in the trailer asks exactly what fans themselves have been asking: where do we go, now that they’re gone? This trailer was a motivating call to action for each character in the movie and millions of fans. Dark lighting in tandem with aggressive battle music leads up to a motivational shot of our heroes walking in formation in front of a rising sun, suggestive of a new beginning. In just thirty seconds, “Endgame” delivers the message that it’s not over until Steve Rogers says it is.

“It’s morning again in America” claims “The Handmaid’s Tale”’ season three teaser. The hopeful tone of the first few seconds of this trailer is quickly flipped on their head as we see protagonist June, who has become a feminist icon, seemingly leading thousands of handmaids against an oppressive society based on institutionalized inequality. In the twisted future, the Lincoln Memorial is transformed into a massive cross, symbolic of the fictional religion that views women as objects used for reproduction. June tells us to wake up; morning is over. Or rather, mourning is over? Rejecting self-pity and taking action has been a major theme in past seasons. Audiences can tune into Hulu to find out what June means.

Marshawn Lynch reaching to swipe his finger across the frosting of a cake but subsequently knocking off the golden football topper initiates a giant reckless game of football; a game that was only one thousand times more exciting than the actual super bowl. The physical comedy is undeniable and the whole thing looked fun to film. Countless famous football players make guest appearances, and just about every single table, chair and champagne fountain are destroyed in a hilarious way. Sam Gordon, the winner of the NFL Game Changer Award and creator of the Utah Girls Tackle Football League, makes an appearance. Tom Brady takes off each of his five rings and hands them to Baker Mayfield, after Mayfield calls Brady an old man. Add one more ring to that list and catch every New England Patriots fan as they swoon.

Maybe Jordan Peele is just too good. This “Twilight Zone” reboot appeared to hack the Super Bowl and told us all that CBS was no longer on the air as the screen glitched. Peele offers eerie hypotheticals that contradict each other as he walks through an empty and dark stadium, then exits through a door where he disappears into the fifth dimension. I give it the number one spot because it’s the creepy twist to the Super Bowl no one knew that they needed. It’s setting choice as the field is clever, and captures the attention of those that may not consider themselves fans of the genre. Incorporating a commercial for an unearthly thriller was no easy task, but that is exactly what made it stand out in the best way possible.