The Oscars, or every “woke” white person you’ve ever met.

This year's Academy Awards highlight the systemic weaknesses of the show. 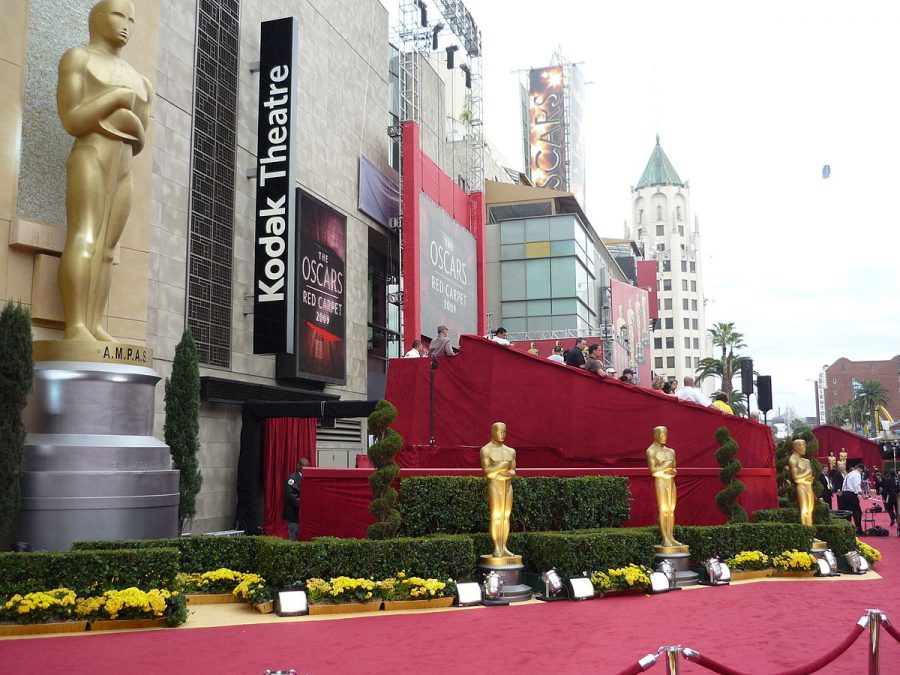 A full list of winners can be viewed here.

The 2019 Oscars had a fair share of historic highlights. A lack of a host led to a feeling of faster pacing despite the show being about the same length as past ceremonies. After Ryan Coogler fought to have her as the first female production designer on a Marvel film, Hannah Beachler became the first African American nominated and winner for her production design on “Black Panther.”

Rayka Zehtabchi, a 25-year-old director and producer, won for Best Documentary Short with “Period. End of Sentence.” She is both the first Iranian-American woman to win an Oscar and one of few female directors to be awarded by the Academy in any capacity.

Spike Lee finally received an Oscar, although not for directing.

Besides that, the Academy delivered exactly what they always do; disappointment in a pretty package. The evening started off with Adam Lambert and the surviving members of Queen performing a medley of their most popular hits. This was immediately followed by Amy Poehler, Maya Rudolph and Tina Fey briefly filling the hole of unlikable jokes that are normally saved for the non-existent host.

At first, the Academy awards played it cool like a white guy who listens to “Flowerboy” at least once a week. They’re like that guy who has one black friend and references him for everything. In 1990  it was “Driving Miss Daisy,” this year that “friend” is “Green Book.” Both won Best Picture, 1990 and 2019 respectively. 1990 was the same year Lee’s comedy-drama “Do The Right Thing” involving the injustice of police brutality was not nominated.

Some of Green Book’s best friends are black movies.

According to Deadline,  when “Green Book” was announced as Best Picture, Lee “was clearly furious, got up and walked toward the back of the auditorium in a huff.” Below are some excerpts from his post show interviews.

Spike Lee said Green Book’s win at the #Oscars was synonymous to a referee making a bad call. pic.twitter.com/d10hbBKb2z

Although Lee is emphatic in his disdain for the Academy, it is likely he feels used. The Academy has made a habit of using people of color to appear liberal. They used Regina King, 2019 Best Supporting Actress for “If Beale Street Could Talk,” and “Black Panther” to show they were “progressive”. “Black Panther” won awards for both costume and production design. Both parties respectively deserved their awards but it is curious why these films were only met with a sole award or only on design based merits.

Beyond placated race relations, the Academy loves the LGBTQ community unless it comes to rewarding a film that represents the truth of their painful experience. “Bohemian Rhapsody,” a film that is shouldered on the experience of bisexual icon Freddie Mercury, chose to transform his story into a dry heteronormative narrative. Additionally, while less reprehensible, Olivia Colman won Best Actress for a film, “The Favourite,” that cast three straight women in sexually fluid roles.

As higher stakes awards were revealed, the intention became clear. While the Academy loves to laud itself for giving awards to King and films like “Moonlight” (2016), it is not what they truly enjoy. They pat themselves on the back for awarding films that highlight people of color which results in the victimization of “Black Panther” and “Roma.” They ignore the powerful screenplay, score, and not nominated picture of “If Beale Street Could Talk.” They ignore “Rafiki,” a film that was banned in its country of origin, Kenya, for depicting  “homosexual scenes that are against the law, the culture and moral values of the Kenyan people.” Unfortunately, these films do not see themselves winning Best Actor, Actress or Picture.

All the Academy craves is comfortable depictions of marginalized folks so they can feel morally satisfied. In Best Picture winner, “Green Book,” audiences are coddled by the idea that Frank Vallelonga is a hero when in reality Don Shirley, the talented musician chauffeured by Vallelonga, was a real man who bravely performed in the Deep South during the 1950s and 1960s. “Bohemian Rhapsody” frauds film viewers into thinking that sexuality is not important to the progression of Freddie Mercury.

While it is easy to summate the discontent of awards shows into an opportunity to veer away from the past, this is simplistic. American culture is dependent on media to learn about walks of life to which they are not exposed. A lot of Americans live in socially segregated areas and their first experiences with race relations and gay people occur through the woven fabric of a film screen.

More importantly, there are so many Americans that are unheard and unseen by the entertainment industry. If they are represented in any capacity, it is regulated and rarely awarded. As of this article, Halle Berry is the only woman of color to win the Oscar for Best Actress, a moment Berry herself now calls “meaningless.” When they win they are tokenized, when they lose they are pitied. There is nowhere in the film industry for the marginalized to not be overshadowed by the overwhelming discomfort for their existence.

It is integral that the Academy moves in the direction of proper representation. With a strong arm on society’s conscious, this body has insurmountable power in the way film is viewed. If they make the decision to use this power to represent the underrepresented, they will do something Godlike. The Academy will breathe new life into these men, women and children. In choosing representation, the Academy has the power to let every American see themselves up in lights. The Academy has the power to let these people exist.